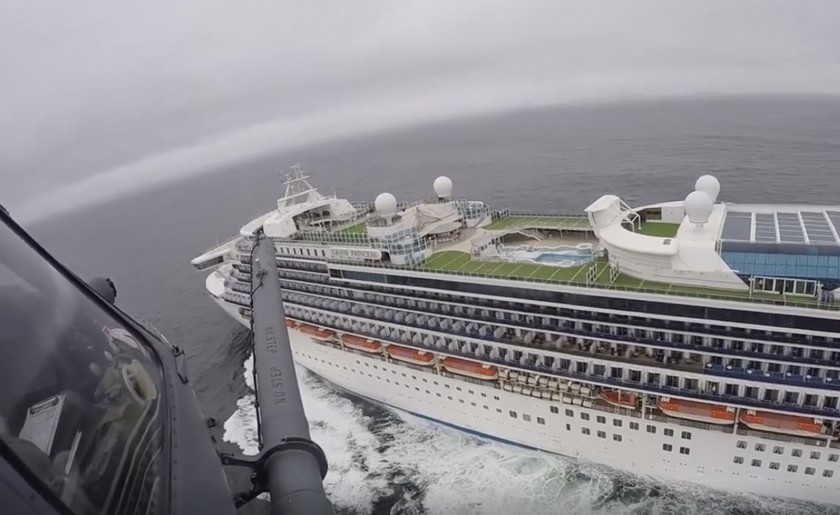 One of the first examples of just how infectious and deadly the coronavirus could be loomed large off the shore of San Francisco 10 months ago as the Grand Princess cruise ship became the epicenter of the U.S. outbreak at the time.

It docked at the Port of San Francisco in a state of crisis, many passengers ill. Some went on to die.

Much has happened since February, when the passengers got back on dry ground.

Angela Rodriguez was a passenger aboard the Grand Princess. She recalled good memories of a beautiful vacation with loved ones, sunrises and sunsets… but that’s where the good memories end.

“Me and my sister, the whole time on the cruise, we were being so careful,” Rodriguez said.

Careful because at the time, they heard occasional stories about a virus in China that was potentially deadly.

But four days after they got off the ship, they learned another passenger on their cruise, a Placer County man, had died from the coronavirus.

A few days after that, a notice came from the cruise line.

“They emailed me, saying that someone on our ship was positive, and if I showed any symptoms to go get tested,” Rodriguez said.

By the first week of March, the Grand Princess, initially streaming its way toward Hawaii, was now circling back to a multi-week quarantine at the Port of Oakland.

Rodriguez and her family, who were already back home, were getting test results back.

“I was the only one in my family who got it,” she said.

Like many passengers aboard the ship, Rodriguez got extremely sick.

More than 100 people eventually tested positive and dozens were hospitalized.

“It was like nothing I had ever before, and it took like three months to get rid of the cough,” Rodriguez said.

At least two lawsuits have been filed by passengers or families alleging that the cruise line knew there was a viral outbreak and had sick passengers, but didn’t warn crew and passengers early enough to prevent illnesses and deaths.

Rodriguez said that she and her family are not parties in any of the suits, but she feels awful for workers, most from the Filipino community, who were sickened by the virus.

It took months for her cough to go away, and she hopes a lingering fatigue from the virus will fade over time.

“You get winded, but it’s not real problematic. I just work through it,” she said.

She hopes to get vaccinated soon and put this pandemic behind, remembering the good times and the sunsets again.