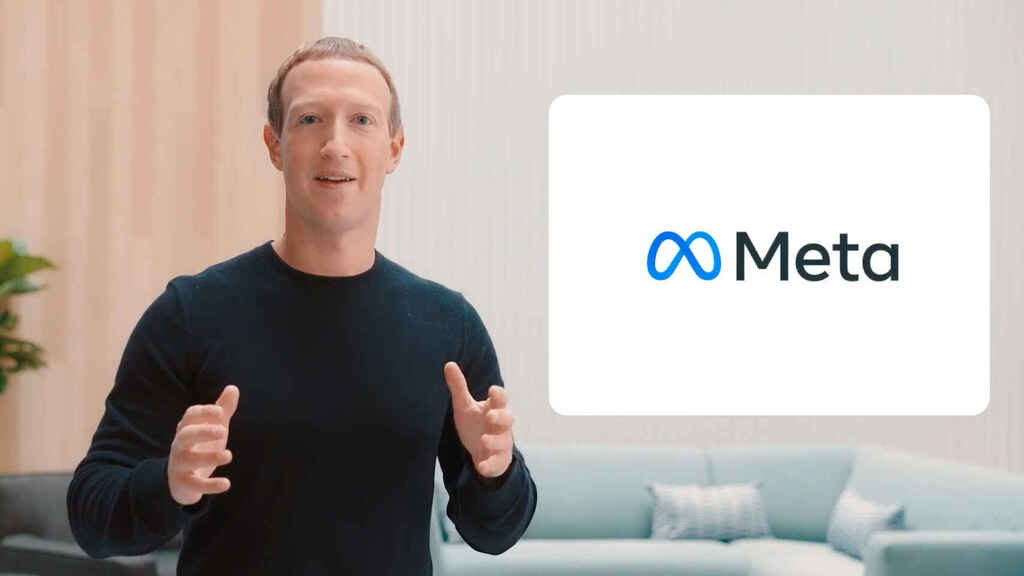 Facebook just announced that it will change its company name to Meta.

The name change, which was announced at the Facebook Connect augmented and virtual reality conference, reflects the company’s growing ambitions beyond social media with the metaverse, a classic sci-fi term Facebook has adopted to describe its vision for working and playing in a virtual world.

“Today we are seen as a social media company, but in our DNA we are a company that builds technology to connect people, and the metaverse is the next frontier just like social networking was when we got started,” Zuckerberg said.

The company will also change its stock ticker from FB to MVRS, effective Dec. 1, the company said in the announcement of its name change.

The company’s stock price was up more than 3% on Thursday.

In July, Facebook announced the formation of a team that would work on the metaverse. Two months later, the company said it would elevate Andrew “Boz” Bosworth, who is currently the head of Facebook’s hardware division, to the role of chief technology officer in 2022. And in its third-quarter earnings results on Monday, the company announced that it break out Facebook Reality Labs, its hardware division, into its own reporting segment, starting in the fourth quarter.

“Our hope is that within the next decade, the metaverse will reach a billion people, host hundreds of billions of dollars of digital commerce, and support jobs for millions of creators and developers,” Zuckerberg wrote in a letter on Thursday.

Over the past few years, the company has ramped up its efforts in hardware, introducing a line of Portal video-calling devices, launching the Ray-Ban Stories glasses and rolling out various versions of the Oculus virtual-reality headsets. The company has indicated that augmented and virtual reality will be a key part of its strategy in the coming years.

Facebook also said this week it’d spend about $10 billion over the next year developing the technologies required for building the metaverse.

Zuckerberg on Thursday also provided a demonstration of the company’s ambitions for the metaverse.

The demo was a Pixar-like animation of software the company hopes to build some day. The demo included users hanging out in space as cartoon-like versions of themselves or fantastical characters, like a robot, that represent their virtual selves.

Zuckerberg said a lot of this is a long ways off but the company is starting to work on it. Elements of the metaverse could become mainstream in five to 10 years, Zuckerberg predicted. The company expects “to invest many billions of dollars for years to come before the metaverse reaches scale,” Zuckerberg added.

“We believe the meta verse will be the successor to the mobile internet,” Zuckerberg said.

The company also announced a new virtual reality headset named Project Cambria. The device will be a high-end product available at the “higher-end of the price spectrum” that will be released next year, Zuckerberg said.

Facebook also announced the code name of its first fully AR-capable smart glasses is Project Nasaray. The company did not say when the glasses will be released. Zuckerberg said “we still have a ways to go with Nasaray, but we’re making good progress.”

The re-branding also comes after the company has dealt with a barrage of news reports over the past month. Those have stemmed from Frances Haugen, a former employee turned whistleblower who has released a trove of internal company documents to news outlets, lawmakers and regulators.

The reports show that Facebook is aware of many of the harms its apps and services cause but either doesn’t rectify the issues or struggles to address them. More documents are expected to be shared daily over the coming weeks.

In a call with analysts on Monday, Facebook CEO Mark Zuckerberg vehemently refuted the claims and critiques in news reports stemming from whistleblower Frances Haugen’s trove of internal company documents.