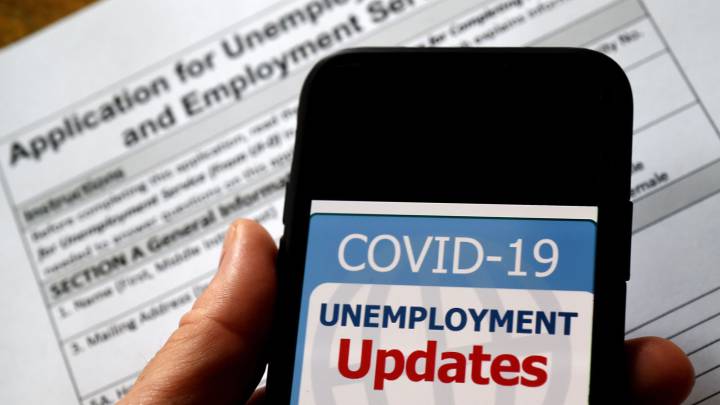 Unemployment claims in California climbed to their highest levels in nearly three months amid fears of benefit reductions for workers and fresh rounds of business shutdowns to combat the coronavirus, federal officials reported Thursday.

The increase in California unemployment filings arrived at the same time that two state senators called on Gov. Gavin Newsom to staff the broken call centers at the state’s embattled labor agency 24 hours a day, seven days a week to whittle away at a mountain of unresolved claims.

The total number of first-time jobless claims in California is now approaching the grim milestone of 7 million claims during the roughly four months since state and local government agencies began to impose wide-ranging business shutdowns.

A key state Employment Development Department unit has been unable to answer phones with any consistency as jobless workers attempt to initiate a new claim or obtain information about their claims. Workers also say glitches have hobbled EDD web pages.

“This is a monumental failure of government when Californians need it most,” state senators Scott Wilk and Melissa Hurtado state in a letter they jointly wrote to Gov. Newsom.

California workers filed 292,700 initial claims for unemployment benefits during the week that ended on July 18, up 8,000 from the 284,900 who filed jobless claims during the week ending July 11, the U.S. Labor Department reported Thursday.

“The new unemployment claims show large scale new layoffs following the renewed economic lockdowns in the state over the past two weeks,” said Michael Bernick, a Milken Institute fellow and former director of the EDD.

Nationwide, unemployment claims rose for the first time in three weeks, totaling 1.42 million for the most recent reporting period. However, a four-week moving average that economists use to smooth out fluctuations in the weekly figures showed a downward trend for U.S. jobless claims.

In contrast, jobless claims in California are in a steady upward pattern and the state’s four-week moving average has risen for five straight weeks.

“In some cases, the claims represent workers laid off in March or April and then brought back in June and laid off again with the new lockdowns,” Bernick said. “In other cases, they represent businesses deciding to close as the lockdowns drag on.”

Initial unemployment claims in the state last week were at their worst levels since California workers filed 316,300 jobless claims during the week that ended on May 2.

Senators Wilk, a Southern California Republican, and Hurtado, a Central Valley Democrat, called on Gov. Newsom to staff the EDD phone centers around the clock every day.

“Nothing short of rectifying the backlog at EDD will help the millions of unemployed Californians struggling to put food on the table while waiting for their money to come through,” Hurtado and Wilk wrote in the letter to the governor. “The check’s in the mail just doesn’t cut it in these unprecedented times.”

The senators warned that the governor’s recent decisions to renew shutdowns of an array of businesses and retail hubs that had briefly resumed operations could force many California workers to line up for jobless benefits yet again.

“While Californians struggle to make ends meet, the very least government can do is put in the man-hours necessary to straighten this out,” Wilk and Hurtado wrote in their letter.

Newsom should act swiftly to remedy the EDD’s ailments, the senators stated in their bipartisan request.

“This is frankly not the time to sit back and wait for EDD to catch up,” Hurtado and Wilk wrote. “This is the time for decisive action and leadership.”

Bernick warned that a forbidding new economic reality has descended on California.