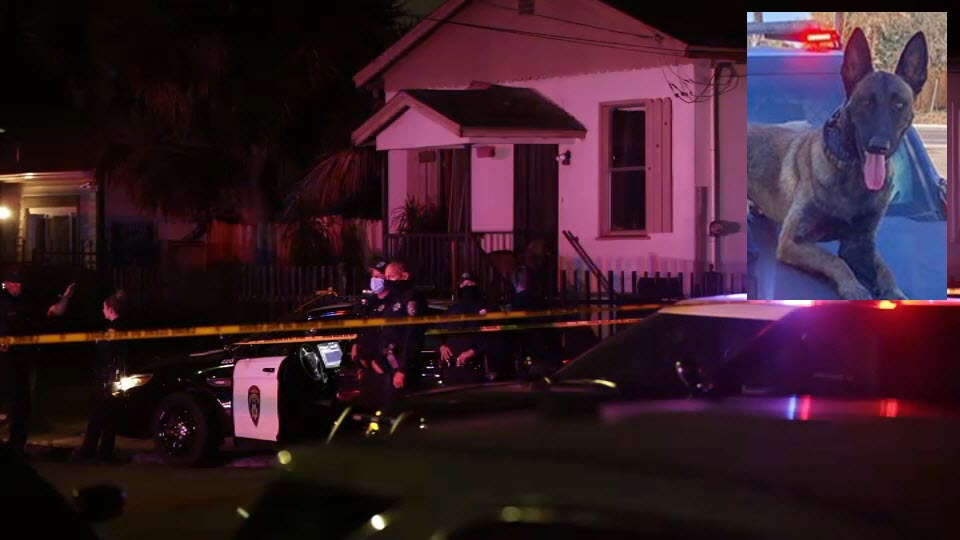 Authorities in the East Bay are investigating a fatal officer-involved shooting following a chase late Wednesday night from San Leandro into Oakland during which an off-leash K-9 went missing but was later found, according to San Leandro police.

At about 11 p.m. Wednesday, San Leandro officers pursued what was believed to be stolen vehicle with an armed driver behind the wheel. The chase crossed into Oakland and ended when the suspect vehicle crashed into an unoccupied parked vehicle in the 10400 block of Pearmain Street, police said.

The driver exited the vehicle holding an assault-style firearm, and an officer opened fire, police said. The driver was hit by gunfire and despite officers’ life-saving efforts died at the scene.

No officers were injured, but a San Leandro K-9 named Kane ran off in an unknown direction, police said. The police dog, a two-year-old Belgian Malinois, was missing for hours before police found him.

The Oakland Police Department is the lead agency in the shooting investigation, and the Alameda County District Attorney’s Office is conducting an independent investigation of the incident, police said.

The San Leandro Police Department is conducting its own review of the shooting, and the officer involved in the shooting was placed on administrative leave.