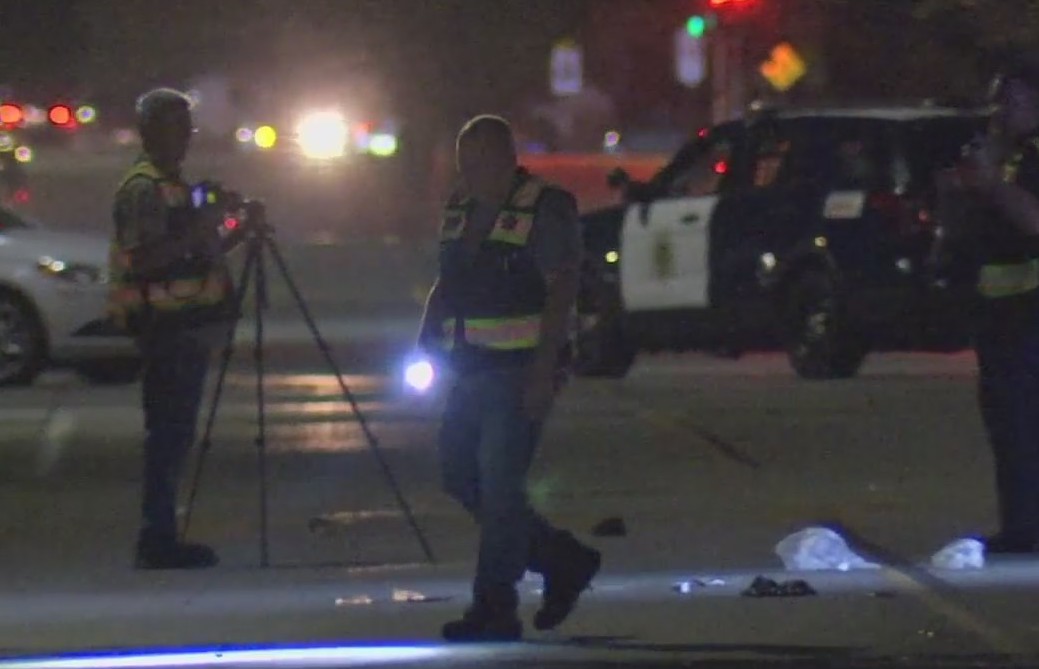 San Jose police are searching for a driver who struck and killed two women in a crosswalk Thursday evening.

The hit-and-run happened at about 6:30 p.m. in the area of Ocala Avenue and Oakton Court near Alum Rock Middle School, police said.

Police described the suspect vehicle as a newer red pickup truck. They said the driver was traveling westbound on Ocala Avenue when they hit the women as they were crossing Ocala in a southbound direction.

Both women were transported to local hospitals, where they were later pronounced dead, police said.

The identities of the women will be released by the Santa Clara County Coroner’s Office following confirmation and notification of next of kin.

Anyone who may have witnessed the incident is asked to contact the San Jose Police Department at 408-277-4654.