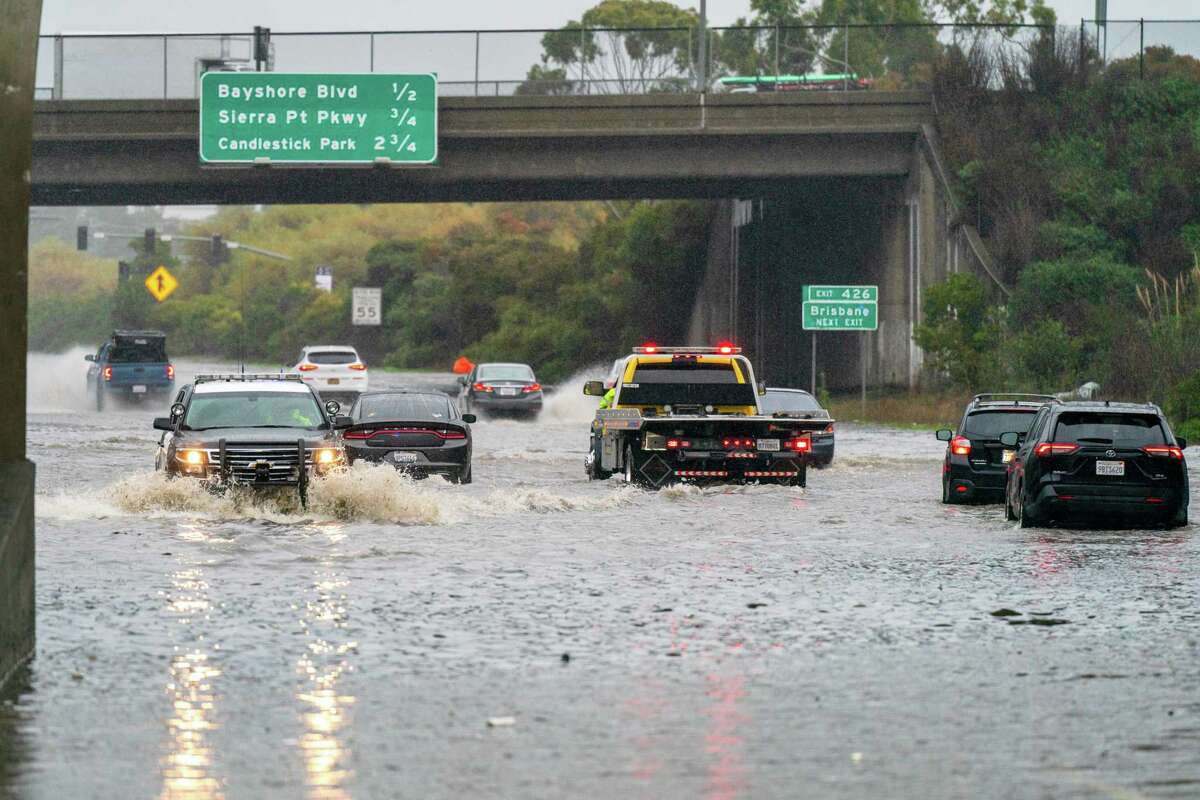 Another atmospheric river is expected to hit the Bay Area starting Wednesday, as local governments across the region brace for heavy rainfall and strong winds that could pose a significant risk of flooding and other issues.

The storm, driven by moisture and winds forming over the Pacific Ocean, is expected to be so strong that the NWS issued a flood watch and high wind advisory for the entire Bay Area.

Light rain is expected early Wednesday morning before increasing in intensity in the late afternoon into the evening, according to experts with the National Weather Service’s Bay Area office.

Winds are also expected between 20 and 40 mph in low-lying areas with gusts as high as 80 mph at higher elevations.

Tthe storm, expected to last into Thursday, will be “one of the most impactful systems” the region has seen in some time.

“The impacts will include widespread flooding, roads washing out, hillside collapsing, trees down (potentially full groves), widespread power outages, immediate disruption to commerce, and the worst of all, likely loss of human life,” the NWS said in a statement Monday. “This is truly a brutal system that we are looking at and needs to be taken seriously.”

In a news conference Tuesday, San Francisco Department of Emergency Management Executive Director Mary Ellen Carroll said the city is preparing for many of the same issues it would face following a severe earthquake.

That includes localized flooding and mudslides and downed trees and power lines, according to Carroll.

“We urge people to avoid traveling on the roads during the heaviest rains,” Carroll said. “If you have to be out, please avoid flooded areas and please avoid any power lines that may be down. Six inches of rain can take down a pedestrian and just a foot of moving water can disable or sweep a vehicle away.”

In the North Bay, Marin County officials said Tuesday that the county has activated an emergency shelter for residents who are homeless.

The shelter, located at 3240 Kerner Blvd. in San Rafael and operated by Marin County Health and Human Services and Episcopal Community Services of San Francisco, will be open from 5 p.m. Wednesday to 6:30 a.m. Thursday. Residents are advised to sign in at the shelter by 8 p.m. Wednesday.

San Mateo County also announced that it would activate an emergency operations hub due to the impending storm and declared a Local State of Emergency.

San Mateo County is expected to receive roughly 3.5 inches of rain, according to the NWS. The county already dealt with major flooding, evacuations and the closure of county parks and trails during the storm system that hit the Bay Area during New Year’s Eve weekend, which dumped nearly 6 inches of rain on the county in just 24 hours.

“These storms have already displaced some residents and caused damage,” said Mike Callagy, county executive and the county’s director of emergency services. “It is important we have a coordinated response to prioritize public safety, especially for those who reside in areas more prone to flooding.”

Shelter locations can be found by visiting PrepareSCC.org/ColdWeather or calling (408) 385-2400.