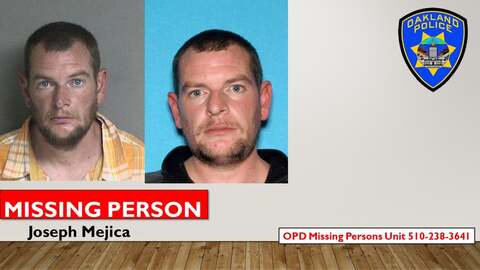 A decayed man’s body found in a wall at the Henry J. Kaiser Convention Center in Oakland last month was identified Tuesday as 42-year-old Joseph Mejica, according to the Alameda County coroner’s bureau.

A construction worker found Mejica’s body at about 1 p.m. March 9 at the convention center at 10 10th St., near Lake Merritt.

The coroner’s bureau did not have a last known address for Mejica.