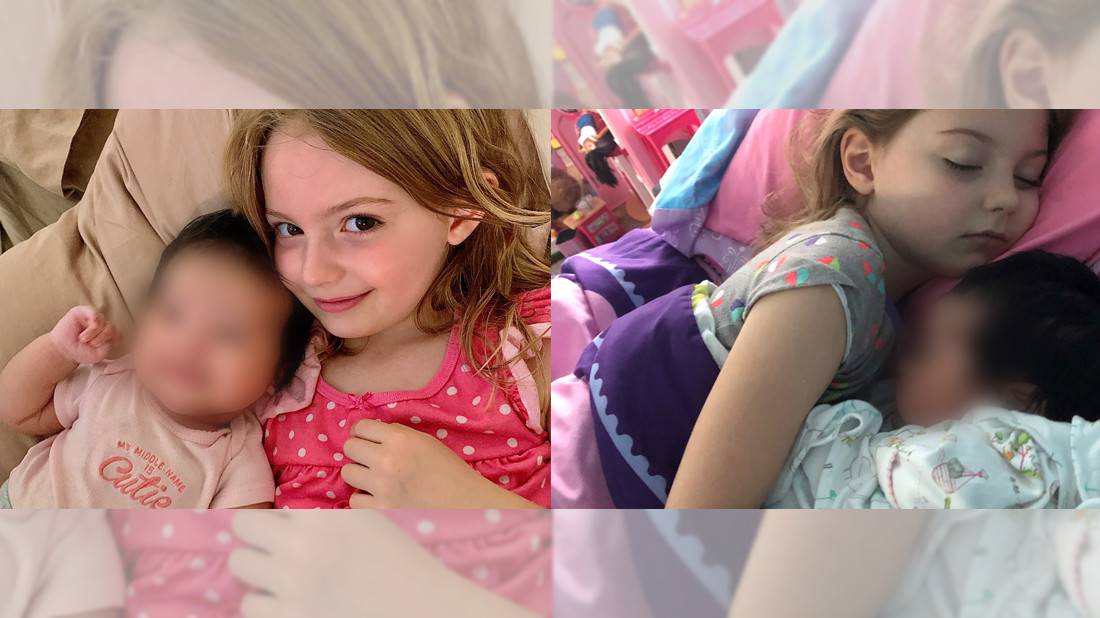 The in vitro fertilization procedure worked. It was an extremely difficult pregnancy, but Daphna Cardinale was thrilled to deliver a healthy, perfect baby girl on Sept. 24, 2019. She was instantly in love.

Cardinale’s husband, though, had doubts from the first second he laid eyes on the baby. Her hair was jet black. Her complexion was so different. He just couldn’t see any family resemblance.

Their 5-year-old daughter was smitten and relished being a big sister. Doubts nagged at him, but Alexander Cardinale soon fell in love with the new baby, too. After a couple of months, Daphna Cardinale bought DNA kits to put her husband’s doubts to rest.

The Calabasas couple were shattered to discover that their baby wasn’t genetically theirs at all. A new terror — that she’d be taken away — seized them.

The Cardinales contacted the California Center for Reproductive Health in Los Angeles where they did the IVF, and eventually learned that two embryos had somehow been switched. Daphna Cardinale had carried and given birth to a baby from complete strangers. And strangers had carried, given birth to and were raising the Cardinales’ biological daughter.

“My memories of childbirth will always be tainted by the sick reality that our biological child was given to someone else, and the baby that I fought to bring into this world was not mine to keep,” Daphna Cardinale said, weeping, at a news conference on Monday, Nov. 8. “The daughter we raised and bonded with was gone after months of love and affection. There’s no way to describe the pain that we’ve been through.”

In an episode that carries haunting echoes of the UC Irvine fertility fraud scandal 25 years ago, the Cardinales are suing the California Center for Reproductive Health and Dr. Eliran Mor in Los Angeles Superior Court for breach of contract, medical malpractice and negligence, among other allegations. The Cardinales call on government to more strongly regulate the fertility industry — much as critics did when UCI doctors transferred eggs without permission from one woman to another in the mid-1990s.

A woman reached at Mor’s clinic said there would be no comment on the suit.

While the Cardinales and the other couple eventually returned biological babies to their biological parents — and have become a very 21st century extended family themselves — things did not work out quite so neatly for families ensnared in the UCI scandal. At UCI, some women who were never able to bring a pregnancy to term discovered that they actually had biological children — babies born from their eggs, which were given to other patients of the clinic without their consent. Those biological parents had no rights to those children, and some would haunt school playgrounds just to watch their genetic offspring play.

Laws changed in the wake of the UCI scandal. In 1996, Penal Codes Section 367g was enacted, making it a felony to use or implant sperm, eggs or embryos except as expressly authorized in a signed document by the genetic material’s owner. The Cardinales’ suit alleges that Mor and his clinic broke this law. But there has been little in the way of regulation of the booming fertility industry — an $8 billion enterprise — since then.

“The IVF world is a business,” said Arthur Caplan, founding head of the Division of Medical Ethics at NYU Grossman School of Medicine in New York City. “It needs regulations to cover liability for error. Inadequate screening. Loss of storage capability and loss of gametes and embryos. Standardized informed consent. Legal help for donors and surrogates paid by couples. Audits and sight visits.

“The whole industry has been captured by profiting commercial industries with less regulation than exists for many industries that don’t make babies,” he said.

On the Tuesday after Thanksgiving in 2019, the Cardinales learned, through their attorney, that the center thought the embryos had been mixed up when an embryology lab, In VitroTech, was taking biopsies to send in for genetic testing.

Though they were told that the fertility operation was all “in-house,” it turns out that CCRH outsourced the handling of embryos to In VitroTech Labs and its parent company, Beverly Sunset Surgical Associates, LLC. Both were owned by Mor “and had a sordid history of allegedly mixing up, mislabeling, and/or outright losing clients’ genetic material,” according to the suit.

The two sets of parents soon met at a lawyer’s office, without babies. On New Year’s Eve, they met again, with babies — seeing their biological infants for the first time. Over the next few weeks, the families met up nearly every day, spending time with one another and exchanging the babies for brief visits.

“When the truth came to light, it made exchanging the children all the more heartbreaking,” Alexander Cardinale said. “Losing the birth child that you know for the genetic child that you don’t even know yet is a truly impossible nightmare.”

On the evening of Jan. 16, 2020, the babies had their first overnight stays with their new families. The Cardinales’ 5-year-old daughter was distraught that the baby sister she had known and loved was gone. The following morning, two couples decided that the constant switching was just too hard emotionally, especially on the older children, and the babies would stay in their new homes for good.

The couples had to go to court to get legal custody over their own children, and ultimately signed lengthy gestational carrier contracts to formalize the exchange, the suit says.

“(T)hough they still see her periodically, their Birth Daughter never warms up to Daphna during their visits,” the suit says. “In fact, since the switch, Daphna and Alexander have watched their Birth Daughter morph from an incredibly happy newborn to an anxious baby — and they worry and feel constant guilt that the ‘switch’ is to blame; that although they were giving her to her own family, they still effectively were forced to abandon her by removing her from the family, home, and life to which she had grown accustomed. This is one of the biggest things that haunts Daphna on a regular basis.”

Their older daughter is angry that her first little sister was given away and struggles with big trust issues, the suit says. The Cardinales also have suffered economic losses as a result of all the trauma: Daphna Cardinale, a marriage and family therapist, hasn’t been able to handle her full practice, and her husband, a musician who was supposed to go on tour to promote a new single right after the baby was born, lost out on what could have been the opportunity of a lifetime, the suit says.

The other couple is expected to file suit, anonymously, against the doctor and clinic this week.

Their attorney, Adam Wolf, agrees. His firm has handled hundreds of fertility center misconduct suits, ranging from dropped and misplaced embryos to embryos created with the wrong eggs or sperm to the transfer of embryos into the wrong person to doctors using their own sperm to fertilize women’s eggs, rather than the sperm of their partners.

“One thing that has become very clear to me over the past decade of doing this work is that the laws and regulations in place are simply not good enough,” Wolf said. “We need to do even more as a country, society, to provide oversight of fertility clinics. It’s simply unacceptable for these types of issues to occur again and again.”

In the United Kingdom, fertility centers and their labs are subject to random and unannounced inspections. There is mandatory reporting of errors, and those are published in a public database for consumers to peruse before deciding which clinic to choose.

“We’d be wise to follow the UK model,” Wolf said. “Right now, there are more regulations for barber shops and nail salons than there are for the fertility industry. There’s a desperate need for oversight. There needs to be accountability.”