California is 2nd toughest place in U.S. to find a job 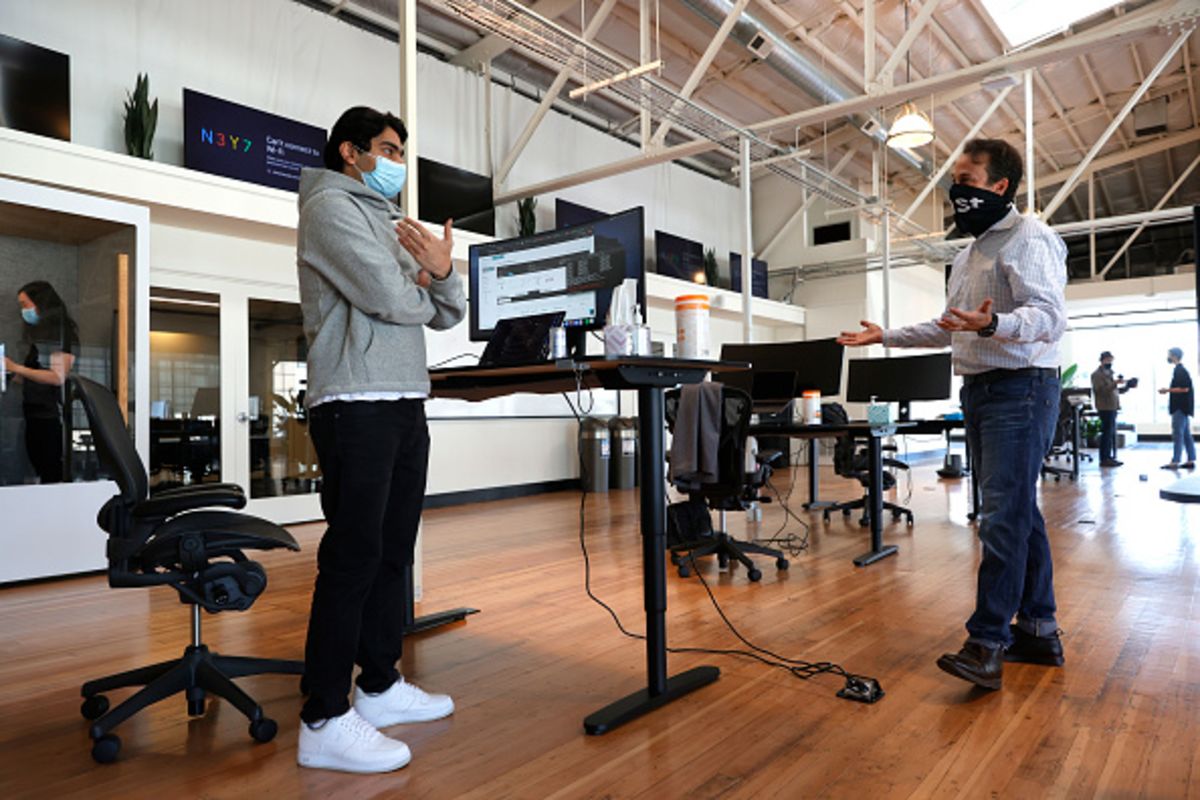 Californians looking for work are battling for paychecks in the second-most competitive job market in the nation.

The state had 1.1 million job openings in August, the largest count in the nation, according to the first monthly state-by-state Job Openings and Labor Turnover Survey by the Bureau of Labor Statistics. But my trusty spreadsheet found the apparent jobs gold mine looks meek in light of the state’s 1.43 million officially unemployed, also the highest in the U.S.

Simply put, there were 130 California job hunters for every 100 openings in August. Only job seekers in Hawaii faced tougher competition for work among the states by this yardstick.

These new numbers, released Oct. 22, run counter to all of those “Help Wanted” signs posted everywhere.

How hard is it to find work in California? In all other states in August, the ratio averaged 80 unemployed for every 100 jobs opportunities, or 40% less competition.

The pandemic’s upheaval of our health and economy has prompted grand debates about what is stymying California’s job market.

Why does the state still have 6% fewer workers than its pre-virus levels? Why was the unemployment rate at 7.5% in August, the nation’s second-highest behind Nevada?

Now, thanks to this JOLTS data, we can add comparatively meager hiring opportunities to a long list of employment challenges that include a mismatch of skills, COVID-19 fears, childcare headaches, unemployment benefits, and certain lingering business limitations — not to mention a broad rethinking of work itself.

California is certainly not alone. Seven other states including Connecticut, New York, Illinois, New Jersey, New Mexico, Nevada and aforementioned Hawaii have more job seekers than openings. All have unemployment rates above 7% vs. the nation’s 5.4% for August.

And as you’d expect, states with the most openings also had little joblessness.

Gosh, pre-virus California had only 103 jobless for every 100 opportunities — one-fifth less than today.

If those trends don’t depress the enthusiasm for a job search, ponder this: California’s unfilled positions in August equaled 6.2% of all its workers. Only 12 states had a lower share of openings.

But there is a glimmer of hope: August’s job openings were up 9% in California compared with the previous three-month average.

The timing for this JOLTS data could not be better.

Since 2019, the bureau has produced several special reports on state JOLTS data derived from a monthly survey of 21,000 employers nationwide. The stats offer a significantly different view of employment patterns compared with traditional monthly reports on job trends by industry.

JOLTS figures give us snapshots into each state’s pace of posting, hiring, firing and quitting. Previously, we just saw the “net” change — total employment differences between two periods. Now we also can track the workplace additions (job creation and worker replacement) and subtractions (exits, voluntary or not).

This kind of detail is critical because the pandemic’s volatile job market has produced lots of finger-pointing over the economy — especially between business leaders and politicians. At the same time, the workplace ups and downs have frustrated employers and job seekers alike.

For example, many California industries that serve consumers indoors now are short of workers, prompting owners to increase wages as incentives or minimize the hours they operate.

At a minimum, the JOLTS stats suggest California has a jobs problem — but it’s not the workers.

Hires: Bosses added new staff modestly in August, bringing 646,000 new people on board. Yes, that’s No. 1 among the states. But it’s 3% below the previous year and it equals only 3.9% of all workers. Just 12 states had lower hiring shares. Hope grows, however, as California hiring expanded by 3.8% vs. the previous three-month average — the nation’s 11th fastest pace.

Firings: Bosses aren’t booting many workers, either. Just 130,000 were laid off or discharged in August. That’s a scant 0.8% of California workers, the 14th smallest share nationally. And forced exits are down 40% from August 2020, the third-biggest drop. Yet a warning was found in the data: August firings were up 12% compared with the previous three-month average vs. a 2.4% drop nationwide.

Quits: Job-hunt challenges trimmed voluntary departures, too, suggesting less-than-confident workers. August’s 408,000 quits were only 2.5% of all workers, the eight-smallest share. Quits are up 3% vs. the three-month average, but that bump is only the 39th largest.

Just a reminder: California is still a huge employment hub. Its 16.67 million workers in August was not only the nation’s largest workforce, its bosses also added 865,000 more employees statewide in a year — the nation’s No. 1 increase.