California Proposes a Ban on New Oil Drilling Near Schools, Homes and Hospitals 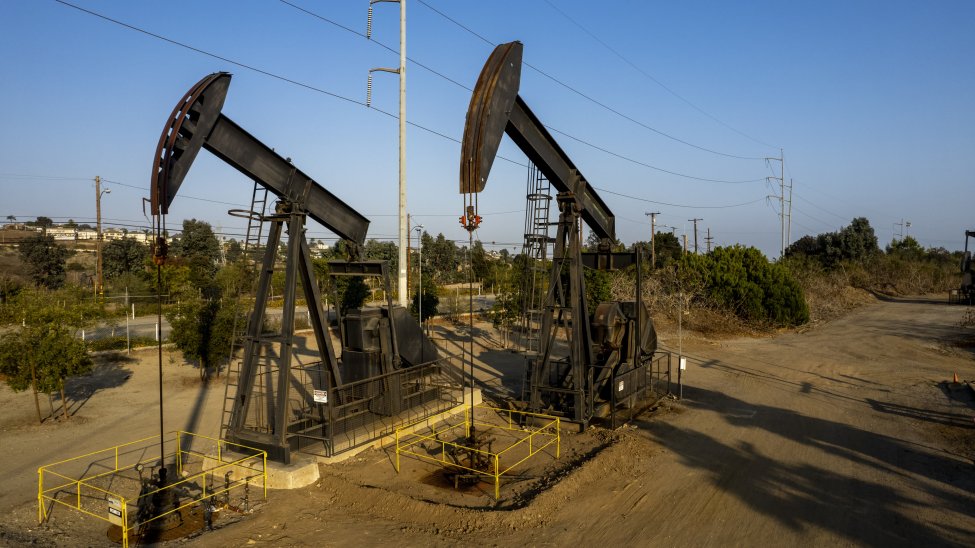 California’s oil and gas regulator on Thursday proposed that the state ban new oil drilling within 3,200 feet of schools, homes and hospitals to protect public health in what would be the nation’s largest buffer zone between oil wells and communities.

It’s the latest effort by Democratic Gov. Gavin Newsom’s administration to wind down oil production in California, aligning him with environmental advocates pushing to curb the effects of climate change and against the powerful oil industry in the nation’s seventh-largest oil producing state.

State officials branded it as one of the most aggressive steps in the nation, and perhaps the world, to protect public health and safety from the dangers of oil and gas drilling. Studies show living near a drilling site can elevate risks of birth defects, cancer, respiratory problems and other health issues. More than 2 million Californians live within 3,200 feet of oil drilling sites, primarily in Los Angeles County and the Central Valley.

“Extracting oil is a dirty business and it’s had a real impact on Californians,” said Jared Blumenfeld, California’s secretary for environmental protection. “Often we frame it as it’s about air pollution, it’s about climate change; this is really about helping communities and community health near these facilities.”

Newsom was expected to address the proposal later Thursday in Southern California. His administration briefed reporters Wednesday night, but did not immediately release the written rules. The rules are a draft that signal what the administration is seeking, but could be changed over a 60-day comment period.

This would be the first time California has set statewide rules on how close drilling can be to homes, schools and other sites. Other oil and gas producing states such as Colorado, Pennsylvania and even Texas have rules about how close oil wells can be to certain properties. Colorado’s 2,000-foot setback on new drilling, adopted last year, is the nation’s strictest rule right now.

“State regulators listened to the scientists, they didn’t shy away from proposing the largest setback requirement in the nation when it became clear that was needed to protect public health,” said Ann Alexander, senior attorney for the Natural Resources Defense Council.

It comes in the wake of a massive oil spill that coated Southern California beaches earlier this month when an underwater pipeline burst. Federal investigators are examining whether a container ship snagged the pipeline earlier this year and dragged it on the seabed. The spill has prompted calls for the federal government to ban offshore drilling.

The Democratic governor, who just survived a recall election, has directed state air regulators to come up with a plan to end oil and gas production in the state by 2045 and curb demand by banning the sale of new gas-powered cars by 2035. But he has faced criticism from environmental groups for not moving more aggressively to protect low-income residents and communities of color from the effects of climate change.

Environmental justice groups were encouraged by the draft rule but were waiting to see the details.

“The Newsom administration is sending a strong signal that oil and gas has no place in neighborhoods,” Neena Mohan, climate justice manager for the California Environmental Justice Alliance, said in a statement.

The Western States Petroleum Association, an oil and gas interest group, blasted the proposed rules as an “activist assault on California’s way of life, economy and people” in a statement from President Catherine Reheis-Boyd.

Reheis-Boyd said the industry doesn’t oppose local setbacks but does not approve of a statewide rule. The association was aligned with the influential State Building and Construction Trades Council, a labor union, in opposing statewide rules.

She said the rules would lead to less reliable energy and higher prices in an industry that employs about 150,000 people.

The California Geologic Energy Management Division, known as CalGEM, regulates the state’s oil industry and issues permits for new drilling. Newsom changed the agency’s name and directed it to focus more on health and safety when he took office in 2019, specifically telling the division to consider setbacks around oil drilling to protect community health. The rules released Thursday are the result of that process.

Once the rules are finalized, it will be at least another year before they take effect, likely in 2023, said Wade Crowfoot, secretary of the California Natural Resources Agency.

CalGEM has long faced criticism that it’s too cozy with the industry it regulates. Crowfoot acknowledged the regulator needs to better enforce oil companies’ compliance with state law.

Wells within 3,200 feet of community sites account for about a third of the state’s oil extraction, Crowfoot said. There are about 32,400 wells in that zone, said Erin Mellon, a Newsom spokeswoman. Community sites include homes and apartments, preschools and K-12 schools, day cares, businesses, and health care facilities such as hospitals and nursing homes.

Wells within the 3,200-foot zone would not be shut down but would be required to meet a host of new safety requirements, including comprehensive leak detection and response plans, technology that allows for vapor recovery, water sampling and a reduction of nighttime lighting and dust. Those rules are designed to limit health effects such as asthma and pregnancy complications, and cut nuisances like noise pollution.

It would be legally difficult for the state to shut down those wells, but administration officials said they hope the new rules will be burdensome enough to prompt some drillers to close them. Well operators would be financially responsible for meeting the requirements and have one to two years to do so, state officials said.

Blumenfeld said the rules are intended to send a strong signal to existing drillers that “they’re going to have to invest a significant amount of time, money and attention in order to get into compliance.”

The state received more than 40,000 public comments on the draft rules and convened a 15-member panel of public health experts to research the effects of neighborhood oil drilling on health and safety. State officials said they plan to release findings from the health panel Thursday but will not release the full report until the final plan is ready.