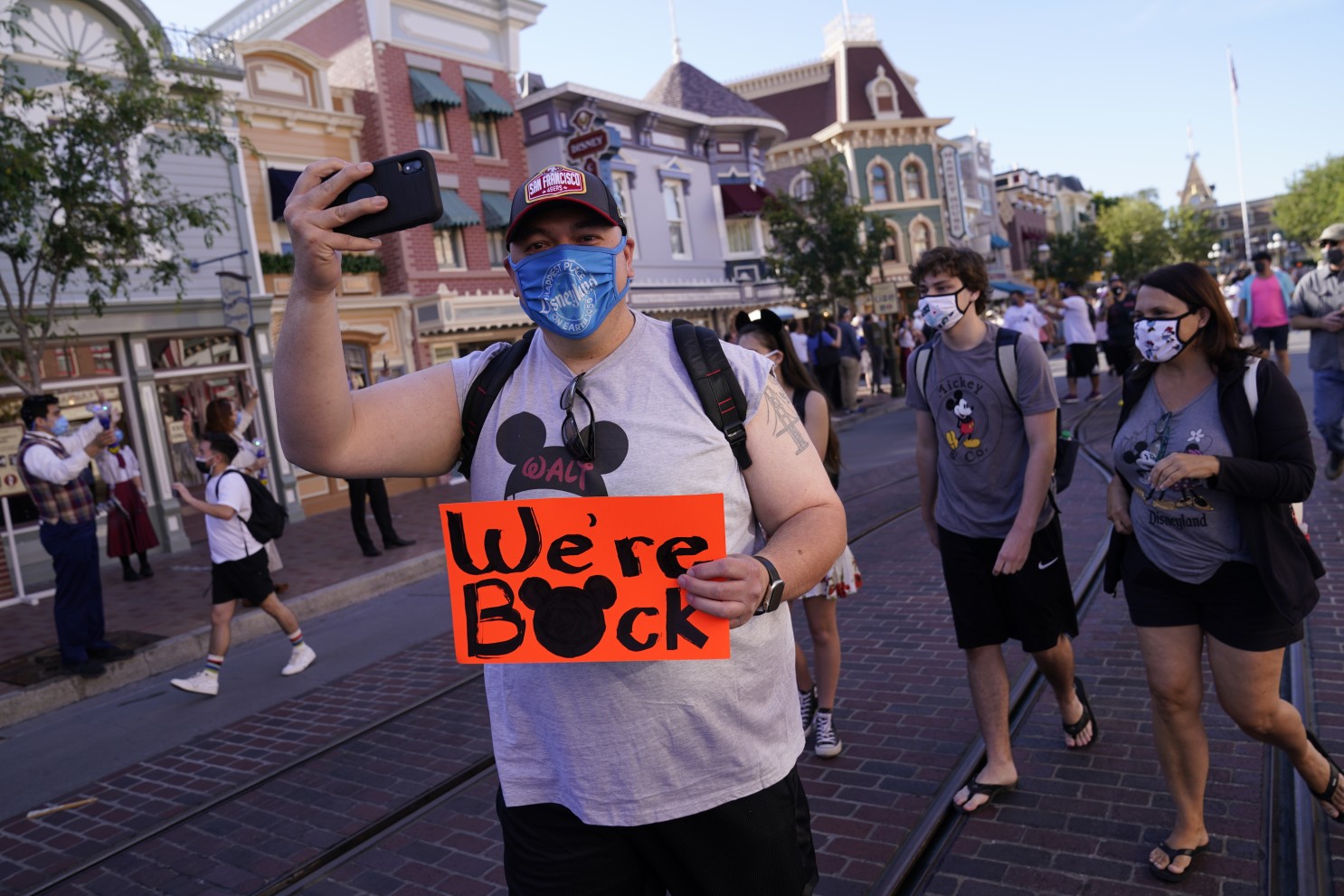 California tourism leaders are urging residents to spend their pent-up travel dollars exploring their home state, as coronavirus case numbers stay low and the industry reels from a 55% decline in revenue.

The state of nearly 40 million people has been among the most conservative in the U.S. with tight restrictions in place to curb the pandemic. Now, California has the lowest infection rate in the country and on Tuesday, Los Angeles and San Franciscoreceived permission from the state to reopen bars, restaurants, museums and businesses more broadly.

Gov. Gavin Newsom, a Democrat who faces a recall election this year due in part to his handling of the pandemic, announced that the state is on track to fully reopen its economy in mid-June.

As vaccination numbers rise, more people are booking trips to favorite sites such as Northern California wine country, the Santa Barbara coast, and Disneyland, which reopened last week after an unprecedented 13-month closure.

Tourism revenue in the state plummeted from $145 billion in 2019 to $65 billion last year. The figure is not expected to top pre-pandemic levels until 2024 as international travelers stay away for now, said Caroline Beteta, president and CEO of Visit California, the nonprofit that markets the state.

“It’s a call to all Californians to not only help support this industry, which supports so many jobs in so many small businesses, but also the fact that it’s time you can safely get out in public, again, and I think we all need a little weekend getaway,” said Lt. Gov. Eleni Kounalakis.

During the pandemic, the Moscone Convention Center served as shelter for homeless residents, the city’s emergency operations hub, and a mass vaccination site.

“Now it’s time to get this building open for its core function of hosting meetings and large scale events to really support the heart of this city, and you’ll see this happening this fall,” D’Alessandro said.

Beteta said the state lost $12 billion from June 2020 through February as residents left to vacation out of state, including $1 billion that went to Mexico.

“This is about choosing California and choosing your fellow Californians first as a modern day act of patriotism, and helping get the state back on track,” she said.