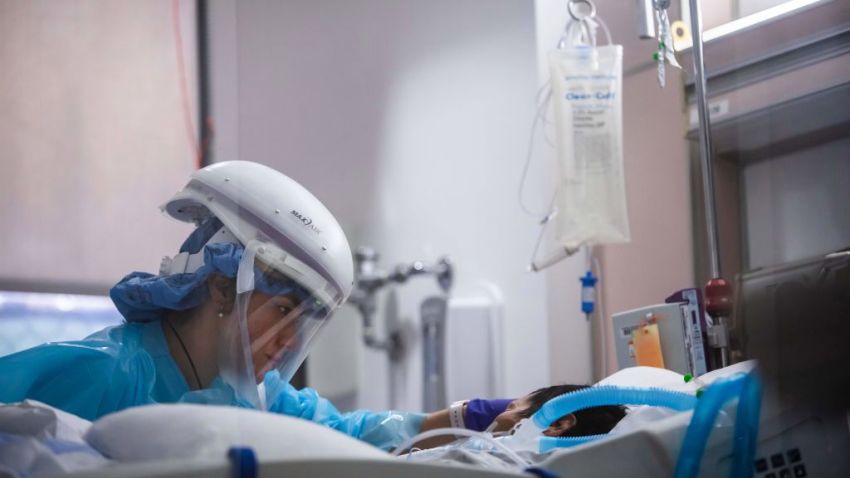 Gov. Gavin Newsom on Monday was scheduled to provide further updates on the situation facing California, where authorities have warned of a potential huge surge in cases due to travel and gatherings for the December holidays and New Year’s.

In hard-hit Los Angeles County, the total COVID-19 death toll has reached 10,773 and confirmed cases topped 818,000. The county reported more than 7,500 people hospitalized, including 21% in ICUs.

Amid the surge, one Los Angeles suburb has reversed course and closed outdoor seating areas on public property where people could eat takeout from restaurants that are only allowed to serve to-go or delivery orders.

Manhattan Beach ordered tables and chairs removed from the areas late Sunday, citing a near-doubling of confirmed COVID-19 cases in the city from 425 on Nov. 1 to 821, it said in a statement Saturday.

The seating areas were built on platforms in city streets when restaurants were banned from serving people indoors but were allowed to do so outdoors.

Mayor Suzanne Hadley said in a statement that the recent spike is significant and the closure order was a response to “the ever-changing dynamics of this pandemic.”

The hold would last until mid-January, according to a Sunday night statement by the Screen Actors Guild-American Federation of Television and Radio Artists and the Joint Policy Committee, which represents commercial advertisers and ad agencies.

In a separate statement, leaders of the Producers Guild of America urged everyone shooting in Southern California “to delay production until the county health officials indicate it’s safe to resume.”

Major studios are already on a production hiatus until the middle of this month.