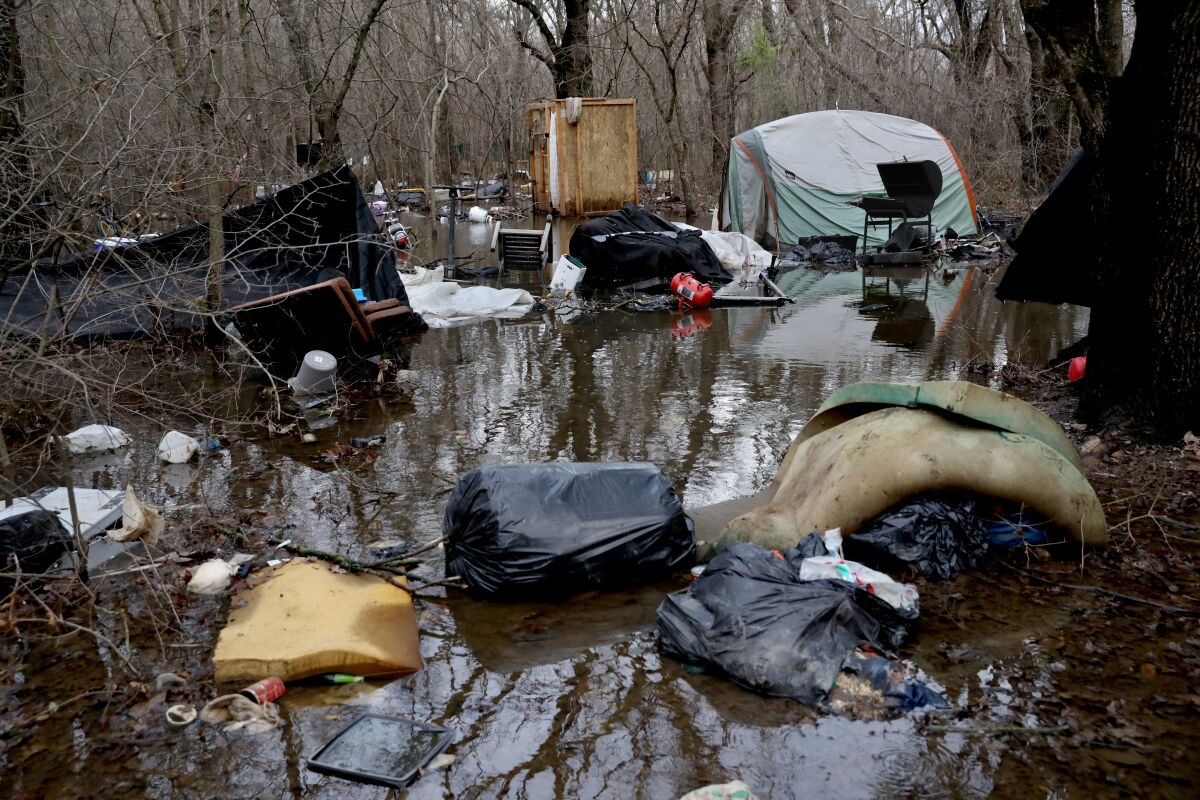 Crews on Wednesday spent time trying to move unhoused people away from creeks and rivers in San Jose due to flooding concerns.

New Mayor Matt Mahan walked along Coyote Creek with public safety crews, trying to convince people to leave an encampment and head to a library or warming center.

“We want to make sure people are up as far away from the channel as possible because as the rain comes in we can see the water rise pretty quickly,” Mahan said.

Mahan said by Wednesday afternoon, most people had either been taken to one of the shelters or had evacuated the encampment on their own.