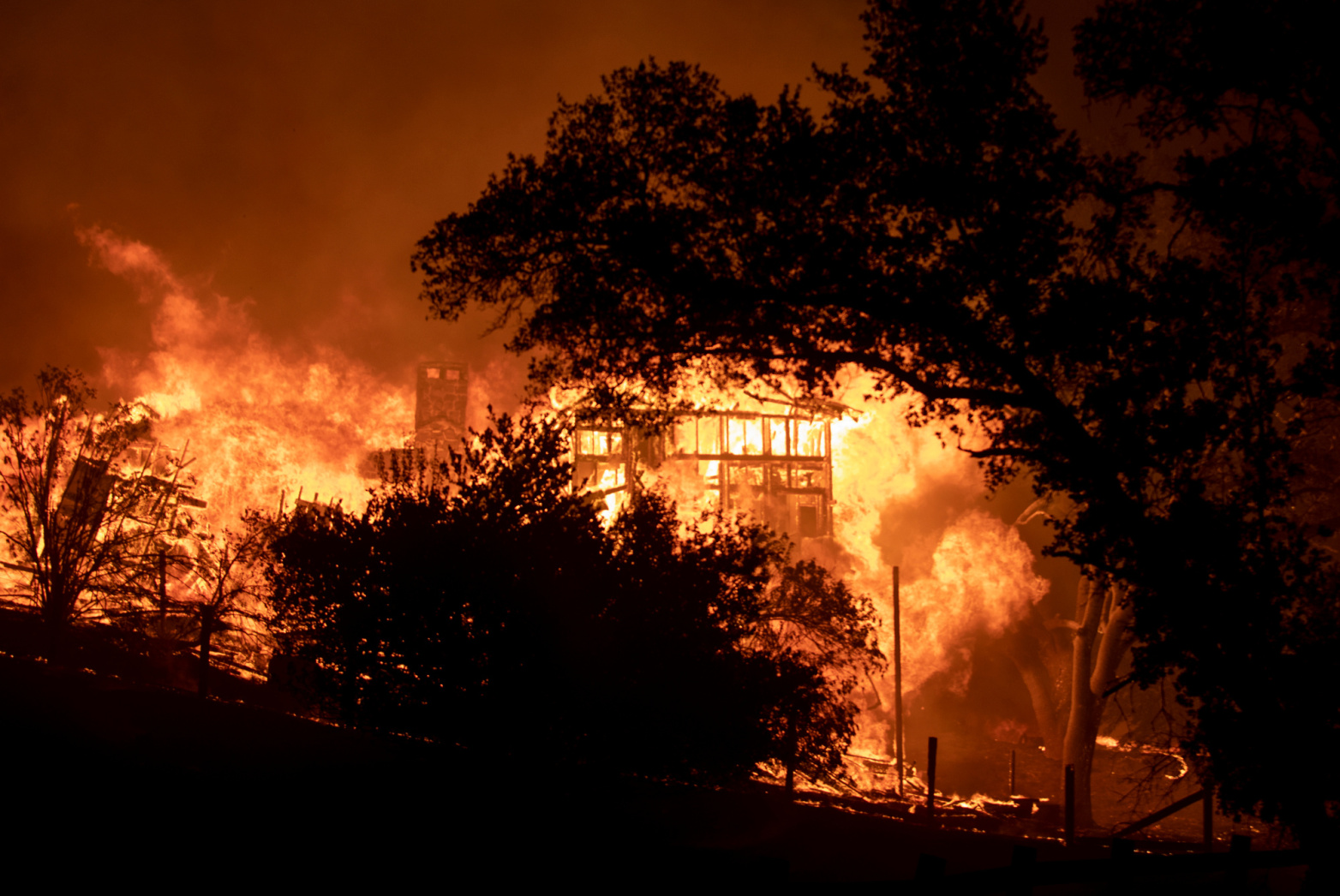 Susan Hassett did everything she could to convince the insurance companies her Yolo County ranch could survive a wildfire.

After Allstate told the retired firefighter in 2017 that the devastating blazes across the state meant her home was too risky to insure, she spent three years calling every competitor and begging them to come out and look at how she had hardened the ranch.

If they had, they would have seen the brush she had cleared, all felled toyon, manzanita and wild lilacs, and the grass that her horses had eaten down to the dirt. They would have noticed the 1,000-foot strip she had hacked clear across the north side of her property. She trusted the west side would be sheltered by the Blue Ridge Mountains; fires aren’t supposed to burn downhill.

Despite all her work, the industry wouldn’t give Hassett credit for her efforts.

“Where’s that reward system?” she demanded. “Why are we not promoting this?”

Instead of getting coverage, she became a tragic example of why insurers are so hesitant to cover even the most prudent homeowners in the first place: Last summer, the LNU Complex Fire destroyed her ranch. With no insurance, she lost everything, including her home, her truck and the only wedding picture she had of her parents.

“I’ve laughed through my tears, many, many times,” said Hassett, 70, a retired fire science instructor.

As wildfire insurance premiums skyrocket, researchers, consumer advocates and industry leaders alike are racing to factor homeowners’ hardening efforts into insurance pricing. But without hard data, it’s a mystery how much any particular measure cuts the risk of a house burning down.

In 2019 alone, following two years of devastating fires that killed about 150 people and damaged or destroyed more than 34,000 homes, businesses and other structures in Northern California, insurance companies dropped the policies of about 230,000 homeowners in the state, a 31% increase from the year before. And between 2017 and 2020, the state approved over a billion dollars in insurance premium increases, according to the state’s insurance department.

“The whole risk map of California has been changed forever, and the only way to address that is to make it possible for people to make their homes less likely to burn and be rewarded by keeping their insurance at an affordable rate,” said Amy Bach, the executive director of the consumer advocacy group United Policyholders. “No one wants to lose their home, and insurance companies certainly don’t like it when people make claims for thousands of dollars.”

In a rare show of unity, Rex Frazier, president of the Personal Insurance Federation of California, which represents insurers, agreed: “It’s certainly the long-term solution,” he said of mitigation efforts. “There’s no doubt about that.”

The problem lies in the research. It may seem counterintuitive that experts know what protects homes but insurance companies can’t assign a dollar value to those efforts. But while experts do know certain things help protect structures — having a fire-rated roof, using non-combustible materials around your home, clearing weeds and spacing out bushes in your yard, cleaning gutters and roofs of plant debris, installing metal screens over vents to block flying embers — it’s the specificity that’s lacking.

Max Moritz, a wildfire specialist at the University of California Cooperative Extension at the Bren School in Santa Barbara, gave a hypothetical example of fire-resistant roofs: Perhaps one study finds a statistically significant risk reduction of 5%, but another found a 25% decrease. From that, researchers could recommend people replace their wood roofs, but it would be hard to assign a dollar value to that reduction in risk.

“There’s a lot that we know is a step in the right direction, but we have very little information to base an actual number on,” Moritz said.

Some are making these guesses already, though limited in scope. As of May, eight insurers constituting about 13% of the market offer discounts based on home or community mitigation efforts.

Some carriers not approved by the state’s insurance department are also taking their chances, such as Delos Insurance, which factors fireproofing efforts into their artificial intelligence-based algorithm to determine someone’s eligibility. As with the industry at large, Delos’ algorithms are not to the point where they can offer specific discounts for certain mitigation efforts.

All eyes are on research leaders such as the Insurance Institute for Business & Home Safety for the final numbers. According to Roy Wright, the president and CEO of the institute, the lack of research is because insurance companies weren’t registering catastrophic losses from fire payouts until 2017 and 2018, at which point the institute kicked its research into high gear.

Wildfires also pose a unique challenge, Wright said. For instance, if a homeowner is trying to protect themself against flood, elevating their home can be enough to cut most of their risk. When it comes to fire, there are many more layers of complexity.

Wright ticked off a few fire magnets: decks, mulch, old structures, tree canopy, a neighbor’s kitchen less than 30 feet from a house. One weakness — one ember, one flame — can spell total disaster for a home. For that reason, he envisions homeowners will need to take a suite of about 10 actions to significantly drive down risk.

Hassett, the retired firefighter, understands the challenge, still burned by the memory of the fires tearing down the Blue Ridge Mountains, exploding the 70-foot-tall ponderosa pines in its path like fireworks. To this day, she kicks herself for not installing a sprinkler on her roof.

She doesn’t have the energy — nor insurance payout — to rebuild and has instead left the state to be closer to her kids. But you can even now sometimes find her out on her ranch, putting in irrigation and fire-resistant plants, still dedicated to the cause of fire prevention.

“I’ve got a lot to be angry about, but it was out of my control,” she said. “And if I can keep remembering it from that point of view, I’m like the phoenix rising from the ashes.”