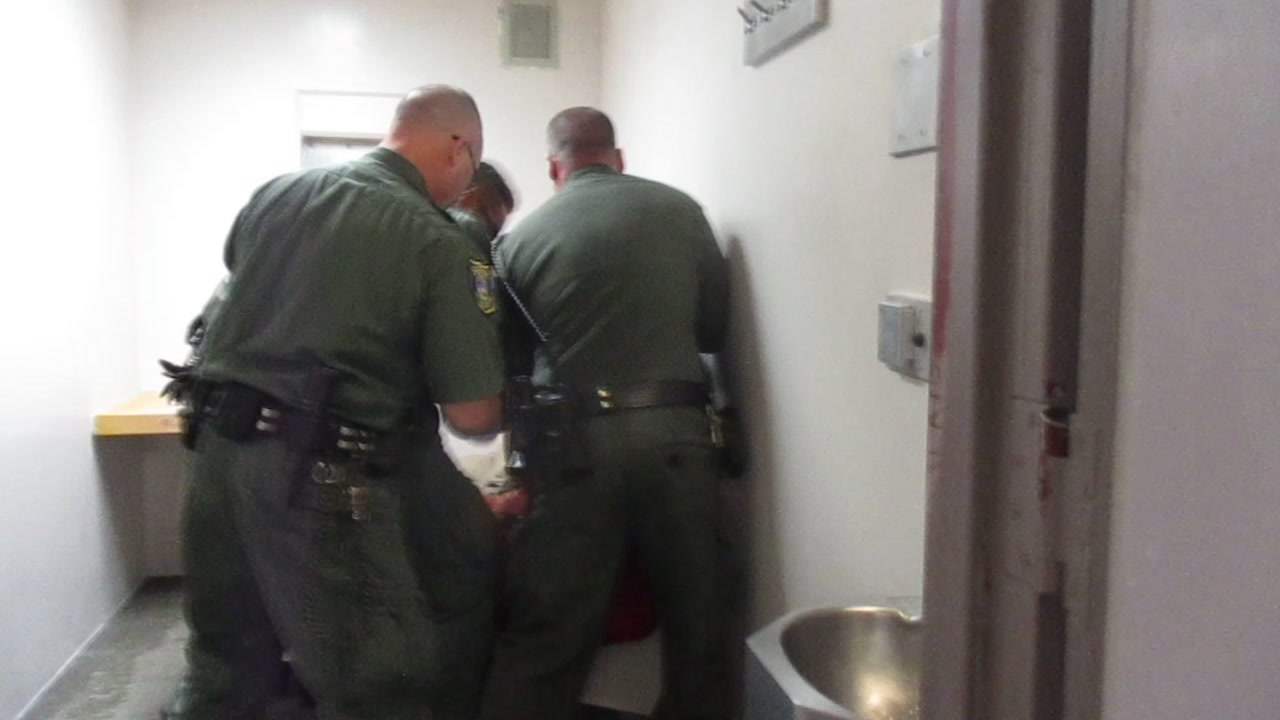 A jail guard at the Santa Clara County Juvenile Hall finds himself on the other side of the law.

Robert Medellin is expected to surrender on a felony charge of beating up a kid in juvenile hall, and prosecutors say it was apparently all caught on tape.

The suspect is an 18-year veteran at Juvenile Hall. The guards are known as counselors and they’re in plain clothes. Now one of them could go to prison for assaulting a teen inside the facility.

As of July, there were 45 minors housed at Juvenile Hall in San Jose.

Now, one of the staff counselors in charge of keeping them safe is accused of beating one of the boys while trying to break up a fight.

“He punched the juvenile apparently a dozen times, including a number of times while the juvenile was on the ground trying to protect himself with his hands or his face,” said Deputy District Attorney Jason Malinsky.

The prosecuting DA says he watched troubling surveillance video of the alleged assault.

“Once he had the juvenile face down in the prone position,  Mr. Medellin moved on top of him. He raised the kids head and slammed it onto the floor,” he said.

The main jail for adults is run by the sheriff – but Juvenile Hall is not. It’s run by the county probation department and critics say it shouldn’t be used at all.

“I think this is one more point to echo, that juvenile hall should not be used as a long term facility,” said Alicia Chavez of Silicon Valley Debug.

The law enforcement watchdog group says it’s time to close Juvenile Hall the same way San Francisco plans to do by the end of this year.

“I just think it’s time for a change. And this is something to take notice of,” said Chavez. “That youth shouldn’t be incarcerated in prison-like facilities.”

Prosecutors say guards, or counselors are there to protect the youth, not put them in danger.

The statement below is on behalf of the County of Santa Clara Probation Department:

The County of Santa Clara Probation Department is aware of the criminal charges filed today against a Probation Department employee who was previously assigned to Juvenile Hall. This employee has been on leave from his position since the incident. On April 15, 2021, Probation Department management was informed of possible use of excessive force by a Probation staff member against a youth in Juvenile Hall the previous night. Management immediately reviewed available information related to the incident and on the same day, alerted the offices of the Sheriff and District Attorney of the incident so that an independent criminal investigation could be conducted. The Sheriff’s Office conducted an investigation and forwarded its conclusions to the District Attorney, resulting in the criminal charges filed today.