Many Drive-In Theaters Closed, But Some Still Going Strong Despite the Pandemic 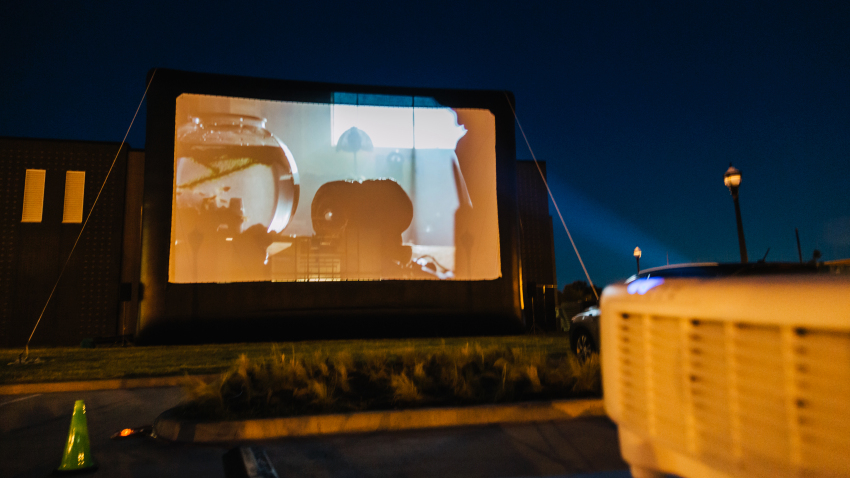 Many Bay Area drive-in movie venues that popped up when the pandemic hit have shuttered, at least for now, but some are still open, with some of the most popular movies ever – including “Frozen” – coming up.

The outdoor movie series at Corte Madera’s Lark Theater in Marin ended with the summer, and all upcoming screenings of the Fort Mason Flix drive-in festival have been canceled in compliance with the local shelter-in-place order.

“We hope to see you again at the drive-in one day soon,” Fort Mason Flix organizers posted on the festival webpage. “Until then, be safe, stay healthy, and wear a mask!”

The Pier 70 outdoor “Dinner and a Drive-in” series began and ended in October. The New Parkway, a beloved indoor movie venue in Oakland, closed in response to the pandemic, but held a couple of outdoor movie nights in late August and late September. No screenings have been held since then. And Cameo Cinema in St. Helena has called off its outdoor offerings until spring 2021.

However, the Alameda County Fairgrounds “Classics From Your Car” series of outdoor movies is still going strong. “Frozen” is coming up Jan. 8, and “Jumanji” will be shown Jan. 9 at the fairgrounds at 4501 Pleasanton Ave, Pleasanton.

West Wind, a chain that opened its first drive-in theater in 1952, has two theaters in the Bay Area: The Solano Drive-in in Concord and the Capitol Drive-in in San Jose. The chain is not only going strong but seemingly flourishing in the pandemic.

The business, family-owned and operated from the beginning, recently reopened two drive-ins that had been shuttered for years, the Concord venue and the Santa Barbara Drive-in in Goleta. While the Fairgrounds offerings are strictly classic movies, West Wind shows a mix of films including new movies. The Fairgrounds offers comestibles including cheeseburgers with 100 percent Angus beef and Wisconsin cheddar cheese, while West Wind advertises itself as “retro,” with a fully stocked snack bar.

The Capitol Drive-In is at 3630 Hillcap Ave., San Jose is currently open for business, with “Wonder Woman 1984” on the bill.

In general, with almost any venue, it’s a good idea these days to call ahead and check that the business is currently open.