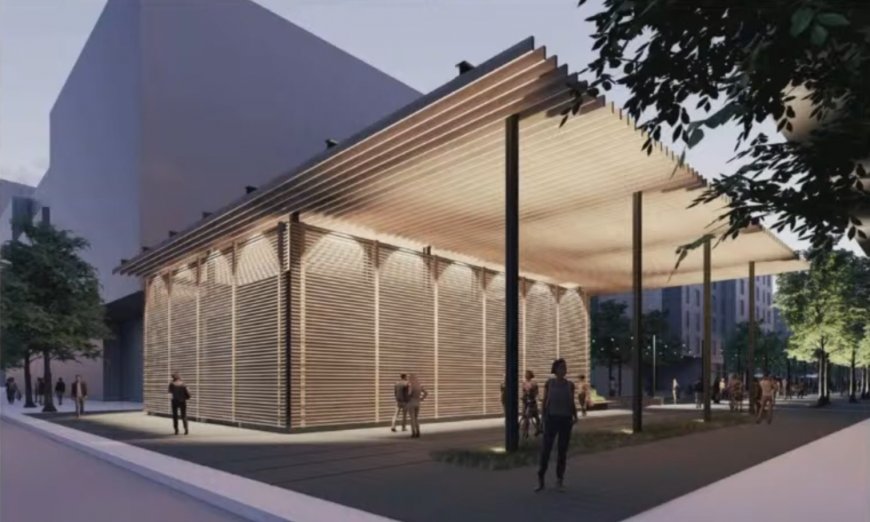 Santa Clara Planning Commissioners approved an amendment to the Tasman East Specific Plan on Wednesday, Aug. 26 that will allow for a former street extension to instead become a pedestrian and bicycle paseo.

The plan was adopted in 2018 to serve as framework for development of 4,500 residential units and retail within a 45-acre area that’s bounded by Tasman Drive to the south, Guadalupe River to the East, Santa Clara golf course to the north and Lafayette Street to the west. Originally, the plan allowed for an extension of Calle Del Sol, however that would have involved the costly relocation of a pump station, so in 2019, City Council approved a paseo and the retention of the pump station at its current location.

Despite the City Council’s approval, an amendment to the plan itself was required. The changes also allow daycare centers, preschools and co-working spaces to operate on the first three floors of buildings as well as more options for Transportation Demand Measures (TDM). Commissioner Suds Jain remarked the TDM measures need enforcement, and so a condition requiring the creation of Transportation Management Associations for greater accountability was adopted.

The pump station will be integrated into the paseo and will be beautified with woodwork on the exterior and be equipped with a sheltered area for pedestrians. Planning Manager Reena Brilliot explained that despite the pump station being a “very utilitarian piece of infrastructure” that it will be made attractive and add a unique element to the area.

City staff presented a study session on the status of the Climate Action Plan update that’s currently in process. The original plan had been adopted in 2013 and addressed greenhouse gas emission targets and other sustainability measures through 2020. The plan’s update will continue those goals through 2030 and bring the City in line with recent state legislation that deals with climate change mitigation. City staff noted that only seven out of the 19 measures outlined in the 2013 plan have been completed to date.

Staff outlined different strategies for primarily achieving greenhouse gas reductions with the ultimate goal of achieving carbon neutrality by 2045, meaning that net emissions in the city would be zero. Currently the greatest source of emissions is nonresidential electricity use followed by road transportation. Some of the potential strategies could include shifting to electric fuels for net-zero buildings, providing more electric vehicle charging stations, making the city more walkable and bike-able, improving energy efficiency and maximizing storage capacity for renewable energy sources.

Several outreach events have been held including workshops and webinars. In the coming months a second online survey will be administered followed by online draft comments and a second virtual workshop. Planning Commissioners will meet for another study session on the plan and a City Council hearing is tentatively scheduled for May 2021.

A proposal to construct a two-story 1,066 square foot accessory dwelling unit in the rear of a 539 square foot single family home on a 3,125 square foot lot had been denied, and the applicant had been advised to redesign the ADU to a structure less than 539 square feet.

Some neighbors had expressed concern about impacts from the larger structure in the form of reduced sunlight, less privacy and drainage issues. The applicant maintained that due to an abnormally narrow lot the proposed two-story ADU was necessary to preserve yard space so that the family’s children could have space to play, and so appealed the decision of the denied application.

The appeal was ultimately denied, however Commission Chair Lance Saleme acknowledged the unique conditions of the lot and said that the applicant should have another opportunity to redesign the ADU.

The next Planning Commission meeting is scheduled for Wednesday, Sept. 23.