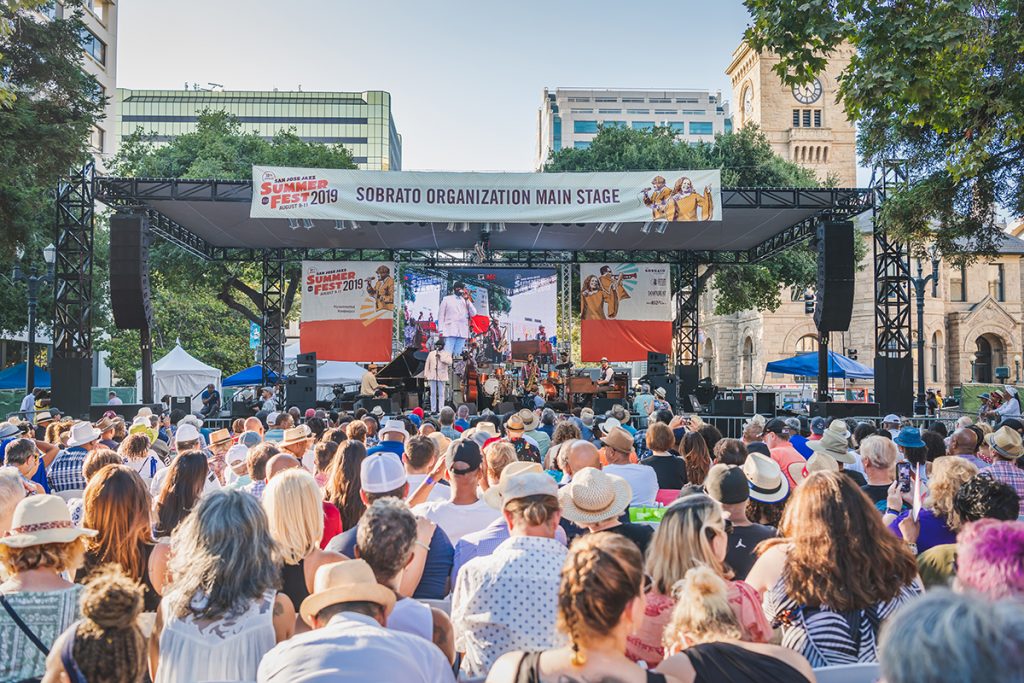 Organizers and visitors were getting back in rhythm Saturday at the San Jose Jazz Summer Fest, after the pandemic forced it to turn down the volume.

About 5,000 people attended the festival Saturday, bringing a much-needed boost to businesses hit hard by the pandemic.

San Jose resident Kevin Sunkett has been coming to the festival every year for nearly a decade. He told NBC Bay Area Saturday that he’s happy to see this year the event is making a big comeback.

“They had more stages than last year. It’s real fun at this place. The music. I like Charlie Wilson,” he said.

20,000 visitors are expected to enjoy the world class musicians during the festival’s three-day run. The festival have given a boost for nearby businesses.

“Since we open until we close, we’re busy all around. So I would say that our increase maybe about is 25 to 30% more than the regular Fridays and Saturdays,” said Mezcal Restaurant Owner Adolfo Gomez.

Downtown business owners hope the San Jose Jazz Summer Fest will be the beginning of an influx of tourists. On Tuesday, the Cinequest Film Festival kicks off, offering in-person events for the first time in two years.

“We have a beer and wine garden. We have live comedian performances. And of course, we have the red carpet. It’s going to be absolutely star-studded. All the in-person fun and festivities are back,” said Athenna Crosby of Cinequest.

It’s music to the ears of people wanting to get out and have fun and businesses trying to thrive.