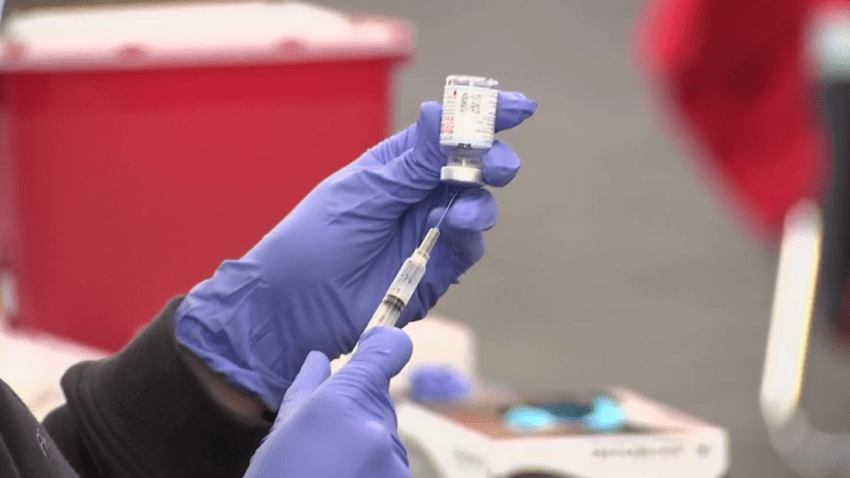 The effort being made in Santa Clara County to vaccinate farmworkers would make the late labor leader Caesar Chavez proud on his birthday.

That’s what county leaders and farmworker representatives said Wednesday at Monterey Mushrooms, where 500 farmworkers were getting their second dose of the vaccine.

“One of the most important things that we can do as a community is make sure that every single person in our community who wants to be vaccinated has access to the vaccine,” county Supervisor Cindy Chavez said. “And today is a celebration that we’re leaving no one behind.”

Monterey Mushrooms has hosted a vaccination site three times since farmworkers become eligible for the vaccine on Feb. 28.

Since then, it has able to vaccinate more than half of its 1,200 employees and hundreds more agricultural workers employed at other farms, said Shah Kazemi, president and CEO of Monterey Mushrooms.

Of the 500 farmworkers getting their vaccines Wednesday, 100 were Monterey Mushroom employees and the rest were other farmworkers in the county, he noted.

Kazemi said the pandemic has been especially hard on his business and employees.

That number is representative of those infected and exposed to COVID-19, Kazemi said. Those who are identified in contact tracing are also required to not come to work for 14 days.

In turn, the county provided the vaccines, tents, tables, chairs and vaccine administrators.

“This partnership enabled the county to offer easily accessible shots on the spot, where people work,” said county Agriculture Commissioner Joe Deviney. “It’s part of the path to get vaccines to impacted communities as effectively and quickly as supplies allow.”

He noted that Santa Clara County is home to more than 8,000 farmworkers who contribute to the county’s $1.6 billion agricultural industry, so getting workers vaccinated is essential to them and their families and to the entire county as well.

UFW Foundation Executive Director Diana Tellefson Torres also called the partnership with the county “critically important” because most farmworkers want the vaccine, but most do not have access.

A recent UFW Foundation survey of 10,149 agricultural workers found that 73% expressed willingness to get vaccinated and 22% were neutral about vaccination.

Chavez said that door-to-door outreach in the county revealed that 15% of those 16 and older were hesitant to get the vaccine, meaning farmworkers were more eager to get inoculated compared to the county total population as a whole.

There will be another pop-up vaccination site at Monterey Mushrooms in early April.

In the meantime, those who are eligible for the vaccine can sign up for an appointment at www.sccfreevax.org or at the state’s www.myturn.ca.gov vaccination website.

By April 15, all California residents 16 years and older will be eligible for inoculation.