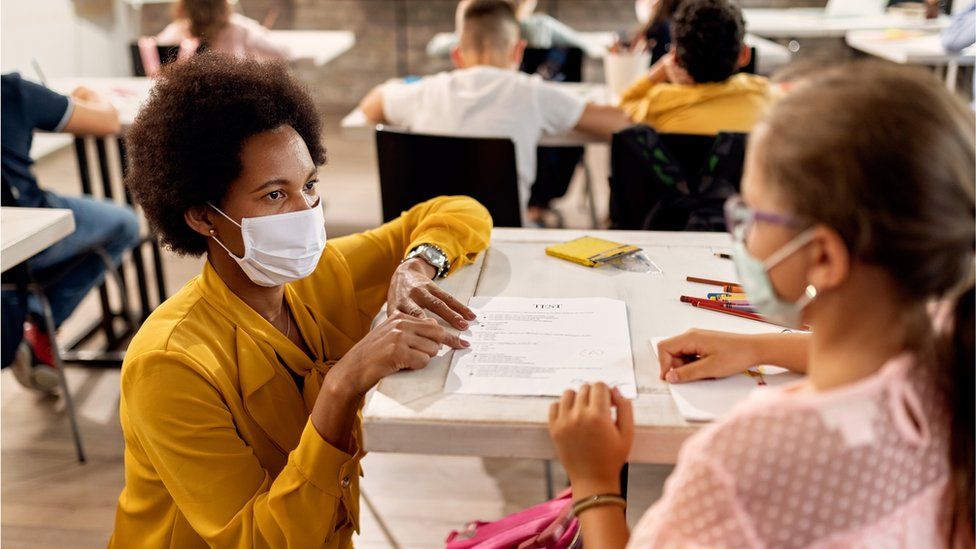 Some school district superintendents in the South Bay said they feel like they are being asked to act like a public health officer on top of educating kids.

The frustrated educators are now demanding changes in letters they have sent to Santa Clara County. School officials point out classroom learning is suffering because of their added responsibilities tied to COVID safety and testing.

“I can see that the stress on everyone really around this tremendous work we have to do,” Santa Clara Unified School District Superintendent Stella Kemp said.

Kemp, in a letter sent to the county Board of Supervisors, said it is time for the Santa Clara County Public Health Department to step into schools to fund and manage all the COVID-related requirements.

Those requirements include testing, notifications and stepping into schools as an asset to districts “so we can go back to our core mission, which is educating children,” Kemp said.

The superintendent at the Palo Alto Unified School District was even more direct, saying the county needs more oversight of the directives coming out of the public health office.

“Public health needs to quit using district superintendents as pawns to force vaccinations and boosters, despite serious concerns and no discussions,” the Palo Alto Unified superintendent wrote in a letter.

“We understand everyone is frustrated,” Smith said. “We’re all frustrated too.”

Smith said the county is only following state health guidelines when it comes to school requirements.

“The letter from the superintendent represents an expression of fear and anxiety and frustration, so we don’t take them personally, and we continue to work with everyone as much as we can,” Smith said.

Kemp said her district can get by until the end of the year. But in the fall, she is asking the public health department to step in and do the public health work in schools so classrooms can get back to focusing on curriculum, not health orders.