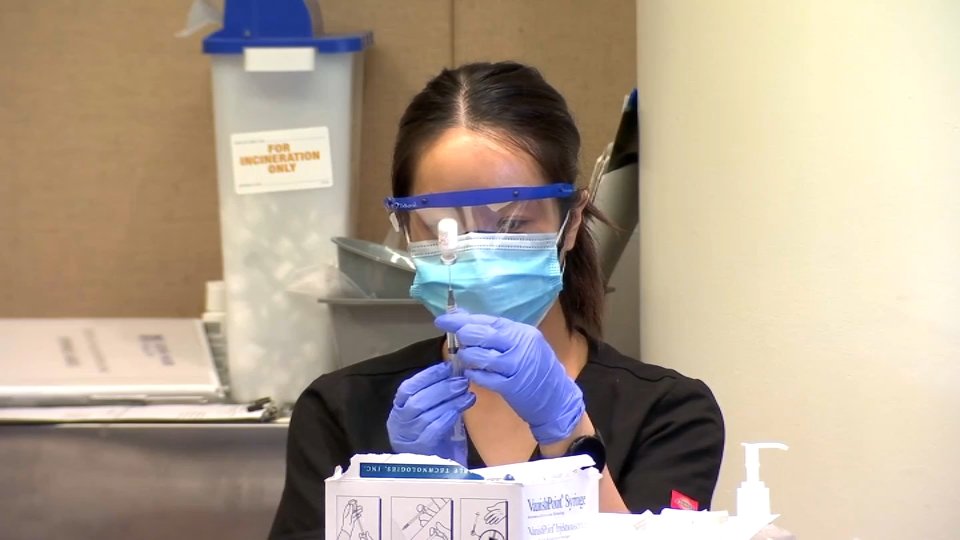 As state lawmakers Thursday formally pass a plan to reopen schools by the end of March, vaccinations are becoming more accessible for teachers and school personnel across the Bay Area.

In the East Bay, the Oakland Coliseum mass vaccination site is dedicating the next two days to vaccinate teachers and school personnel. The site has the capacity to administer up to 6,000 shots a day.

Across the bay, the San Francisco Unified School District received its first set of access codes to get teachers and staff vaccinated. Those codes initially were held up for lack of a set reopening plan.

In the South Bay, educators have been getting vaccinated at Levi’s Stadium and the Santa Clara County Fairgrounds since they became eligible last week. On Thursday, county educators are expected to gather to push for a sfae reopening of schools, which includes vaccinations.

Some teachers reportedly are choosing not to get vaccinated, but none of the districts NBC Bay Area spoke with is tracking that information. At least two districts said they are not requiring vaccinations.

California’s $6.6 billion school reopening plan, agreed to earlier this week, allocates $2 billion to incentivize schools to reopen by April 1 and $4.6 billion to close the learning gap.