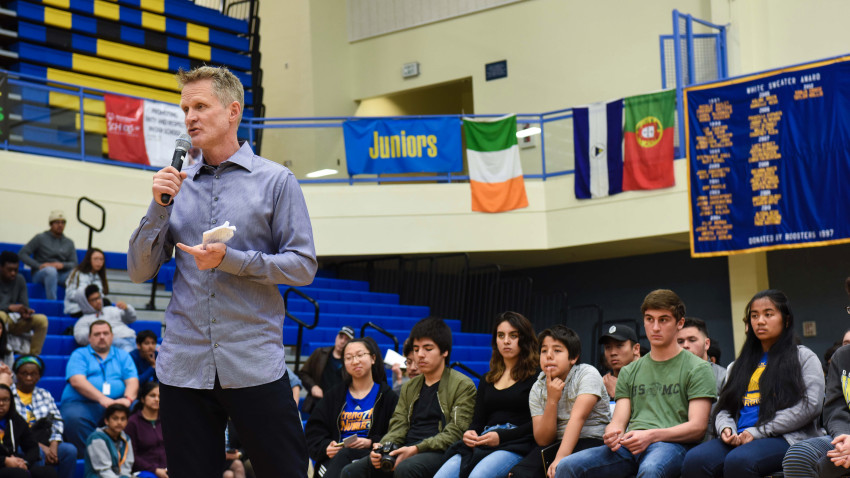 Tuesday is National Voter Registration Day, and Warriors coach Steve Kerr will be doing his part to help people in Arizona.

The eight-time NBA champion is assisting with a “virtual phone bank” event out of Tucson starting at 4:00 p.m. PT.

“Kerr will encourage Arizonans to check their registration status with their friends and family and make a plan to vote early for Joe Biden and Democrats up and down the ticket.”

Kerr is an outspoken critic of President Donald Trump, and is using his platform in the effort to try and beat Trump in November.

The Warriors earlier this month announced the locations of three voting centers for the upcoming general election.

So check your registration status now, take advantage of this initiative and make your voice heard at the ballot box.