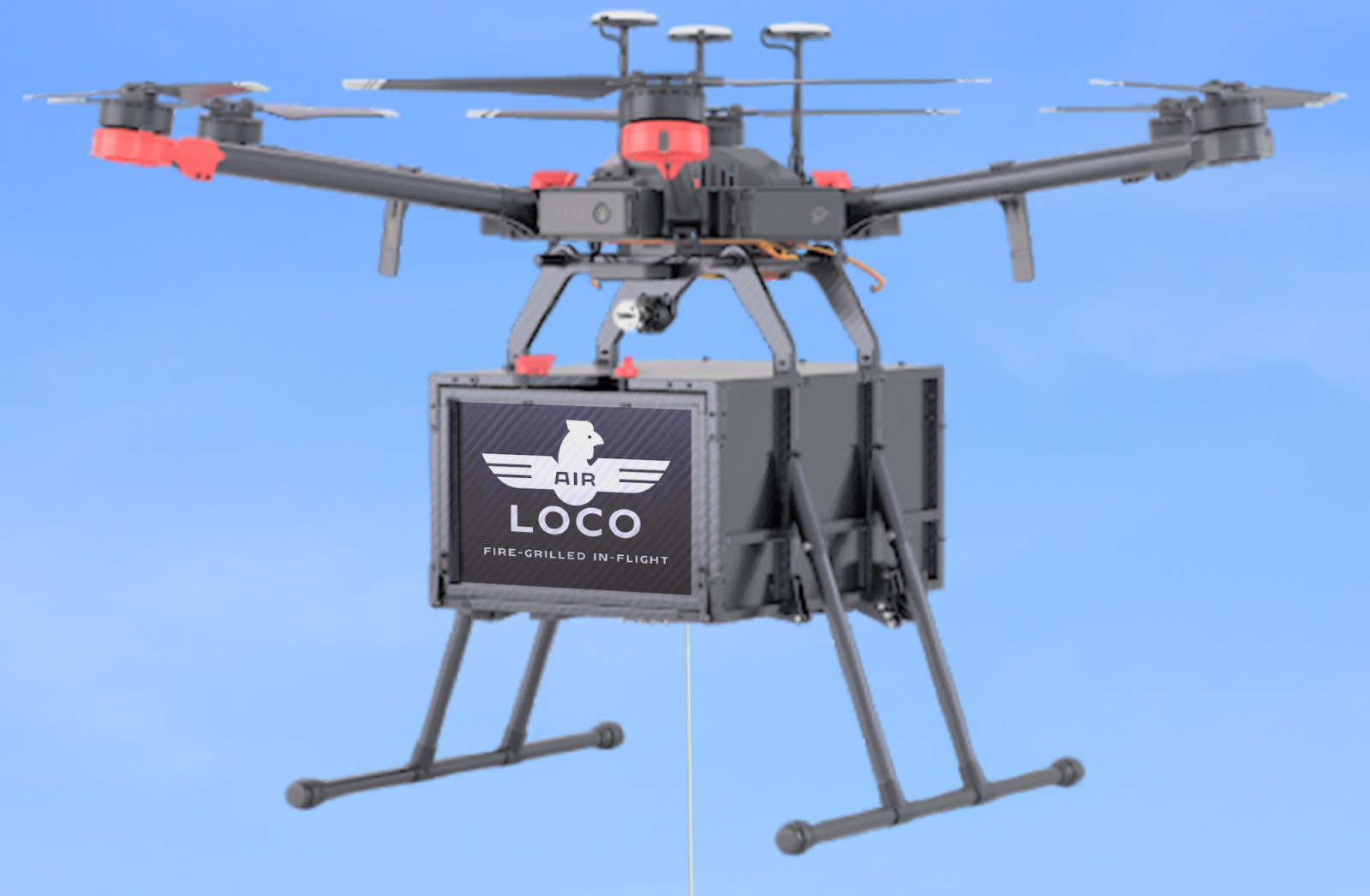 The Costa Mesa-based chain is testing a drone that can airlift fast food into people’s backyards.

Test flights will begin this week in Orange County, which is in the process of choosing as many as 10 restaurants to participate, representatives for the company wrote in an email. If the tests work out, El Pollo Loco hopes to provide the service at more locations, based on market demand and Federal Aviation Administration regulations.

It is working with a drone startup called Flytrex, based in Tel Aviv, according to a news release.

Flytrex claims its drones are designed to operate in suburbs, with the ability to cruise at 32 miles per hour and fly at an altitude of 230 feet. They carry delivery boxes that weigh as much as 6.6 pounds that are lowered from 80 feet using a wire release mechanism.

According to El Pollo Loco, when the food leaves the restaurant, it will be loaded onto a drone in a tamper-proof bag and lowered to customers from a thermal box.

After years of research, development and speculation, drone delivery appears to be making strides.

Last week, it was reported that drone food drops have become a common sight in an Irish town called Oramore, thanks to a startup named Manna.