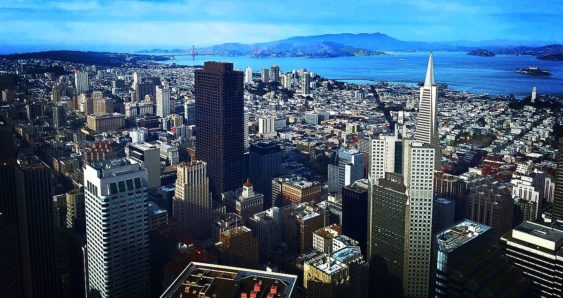 The city and county of San Francisco could use privately owned land and buildings for emergency housing during the coronavirus outbreak.

The city would issue a commander order and notify property owners well ahead of time to give them due process for objection if they wish. However, according to the memo, violation of a commandeer order is punishable by fines of up to $1,000 a day, imprisonment, or both.

Among the city’s myriad privately owned buildings are the headquarters of the region’s tech giants, like Salesforce Tower in its East Cut neighborhood and the Twitter building in Mid-Market.

The memo was issued just a day before the city’s Board of Supervisors voted unanimously to pass an emergency ordinance that would require San Francisco to rent 8,250 hotel rooms as emergency housing units, with 7,000 allocated for the homeless population.

Since the outbreak hit San Francisco, a citywide effort has attempted to prioritize housing for those on the front lines of the coronavirus pandemic, as well as those who are homeless, who are in need of self-isolation. Since the city’s travel and tourism industries have been hit hard amid the coronavirus pandemic, the thousands of empty hotel rooms have become a viable solution.

The City Controller has placed the estimated cost of renting the 7,000 hotel rooms for 90 days at $105 million, although much of that would likely be refundable. The mayor now has to either sign or veto the emergency ordinance that passed, though the board could override that ruling.

But if Breed does decide to veto it, the prospect of exercising emergency power to commandeer private property in the city for the same purpose could be an alternative.

As the plan previously stood, those who are homeless in San Francisco who would be moved to the hotel rooms are those who have tested positive for COVID-19 or who have been tested and are waiting for results to return. The most vulnerable within the homeless community, people over the age of 60 with underlying health issues, also qualify to be housed in a hotel room designated for this purpose.

But some officials and homeless advocates have been calling for the city to house its homeless residents in individual hotel rooms for weeks as a preventive measure during the coronavirus outbreak, a course of action that Breed has not been on board with.

On April 3, Breed said despite the pandemic, there are limits to how officials can house people. “We are not going to be able to solve our homeless problem in San Francisco with this crisis,” the mayor said.

In addition to the cost of filling hotel rooms with the homeless community, efforts would also need to be expended for the proper resources needed to care for residents while housed in hotels.

An outbreak has already hit the homeless community.

On April 2, the first positive case in a San Francisco homeless shelter was found at the city’s Division Circle Navigation Center. And on April 6, two more cases were confirmed at MSC South, the city’s largest homeless shelter. Then on April 10, 70 people at that shelter were reported to have tested positive, a number that has since swelled to at least 100.