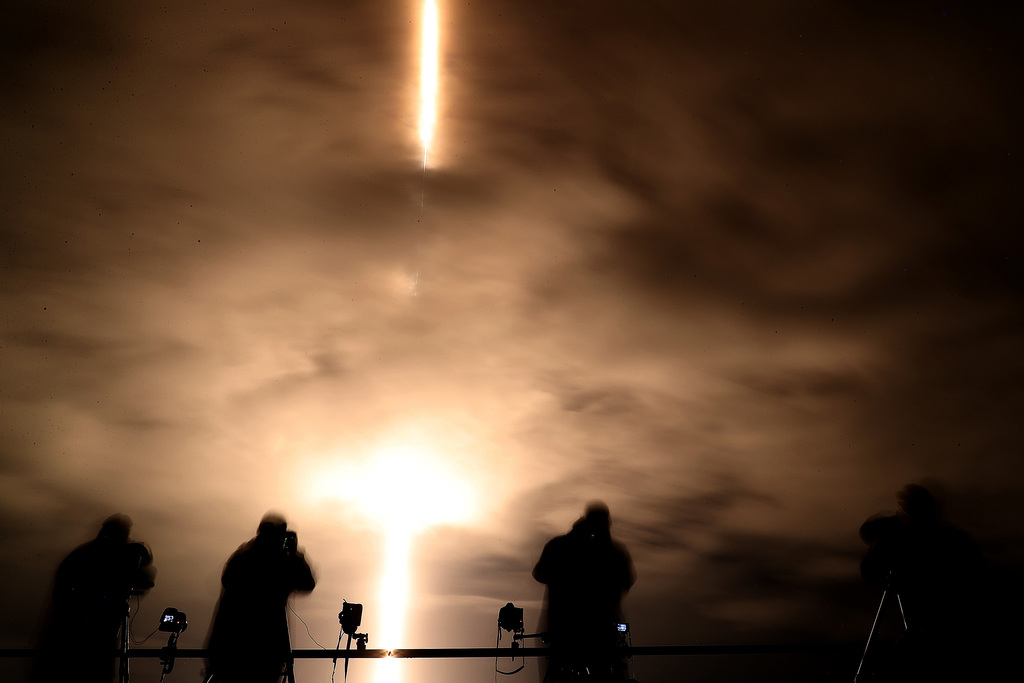 A SpaceX Crew Dragon capsule carrying four astronauts approached the International Space Station, which orbits more than 200 miles above Earth, and made a gentle in-orbit meet-up, kicking off the astronauts’ six-month stay at the space station.

This mission, called Crew-3, is the fourth mission in a partnership between SpaceX and NASA to make routine trips to the ISS in order to keep the 21-year-old space station adequately staffed. That’s something NASA has wanted to have more control over since its Space Shuttle program retired in 2011, leaving Russia as the only country with the ability to provide ISS transportation.

The Crew-3 mission kicked off Wednesday night when the astronauts strapped into their Crew Dragon capsule as it sat atop one of SpaceX’s 200-foot-tall Falcon 9 rockets on a launch pad at Kennedy Space Center in Florida. The rocket lifted off just after 9 pm ET, vaulting the capsule into orbit, before the spacecraft began to maneuver through orbit on its own and make its way toward the ISS.

This mission comes as the SpaceX and NASA teams are addressing two issues with the Crew Dragon capsule’s design. The first, an issue that caused the on-board toilet to leak, was corrected on the Crew-3 capsule before takeoff, hopefully avoiding another scenario like the one experienced by them Crew-2 astronauts, who traveled on Monday by Crew Dragon capsule from the space station back to Earth.

The Crew-2 astronauts found their leaky toilet had contaminated the walls of their spacecraft, and to avoid further issues, they were forced to rely on “undergarments” during their nine-hour journey home.

The other issue NASA and SpaceX are currently addressing has to do with the Crew Dragon’s parachutes. During the Crew-2 splashdown Monday, one of the four parachutes took a bit longer than the others to fully inflate.

Kathy Lueders, NASA’s head of human spaceflight, told reporter that it prompted SpaceX and NASA to take another look at Crew-3’s parachutes in hopes of avoiding a similar issue when they return from the ISS six months from now.

“The thing that makes me feel a little more confident is…the deceleration of the spacecraft all looked nominal for us, which is good news,” Lueders said.

Kayla Barron, who has a a master’s degree in nuclear engineering from the University of Cambridge, was selected as a NASA astronaut in 2017 and comes directly from a field of work that involves extreme living conditions and long bouts of isolation: submarines. Barron became one of the first women ever to serve on a Navy submarine back in 2010.

“It wasn’t until I had that experience of living and working beneath the surface of the ocean and made the connection to living and working in the vacuum of space and understanding the kind of team it took to do that successfully,” Barron told reporters last month. “All those parallels are what gave me the confidence to…apply [for NASA’s astronaut corps] in the first place.”

Raja Chari also joined NASA’s astronaut corps in 2017 as one of its newest inductees, and this journey marks his first flight to space. He has a master’s degree in aeronautics and astronautics from MIT and graduated from the US Naval Test Pilot School, which has a long history of providing a pipeline to the astronaut corps.

Chari and Barron have also both been selected for NASA’s corps of Artemis astronauts, who could fly on future missions to the Moon. Barron added that taking a trip to the ISS is “the best possible training for us” to prepare for an eventual lunar mission, “in terms of personal development and the opportunity to learn from experienced people.”

It’s also the first time in space for Germany’s Matthias Maurer of the ESA, who’ll have the opportunity to conduct a spacewalk and activate a new robotic arm, which was recently transported to the space station aboard a Russian spacecraft.

“This arm will be able to bring science payloads through an Russian airlock from the inside of the station towards the outside, and then we [will be] able to run experiments on the outside without performing a spacewalk,” he said.

The mission’s pilot, NASA’s Tom Marshburn, is the sole veteran astronaut among the crew. He has a background in physics and holds a doctorate of medicine, and he first joined NASA in the early 1990s as a flight surgeon. He joined the official astronaut corps in 2004 and has previously flown on one Space Shuttle mission and one Russian Soyuz mission to the ISS.

When asked what he’s most looking forward to, Marshburn told reporters that “certainly one of the pinnacles of your time up on board is having the opportunity to do a spacewalk, but what we’re doing day to day in the laboratory is going to be what many of us look forward to the most.”

The ISS has for two decades hosted astronauts from all over the world to conduct scientific research. The space station is unlike any laboratory in the world — in the microgravity environment, physical and biological phenomena aren’t bogged down by the Earth’s pull. So, doing the same experiment on the station that’s been done on the ground can give scientists a better fundamental understanding of how something works.

The research the Crew-3 astronauts will oversee includes an attempt to grow a “perfect crystal” to enhance our understanding of biological processes, a test of the impact of diet on astronaut health, and the testing of a smartphone video guidance sensor for guidance, navigation, and control of the Astrobee free-flying robot.