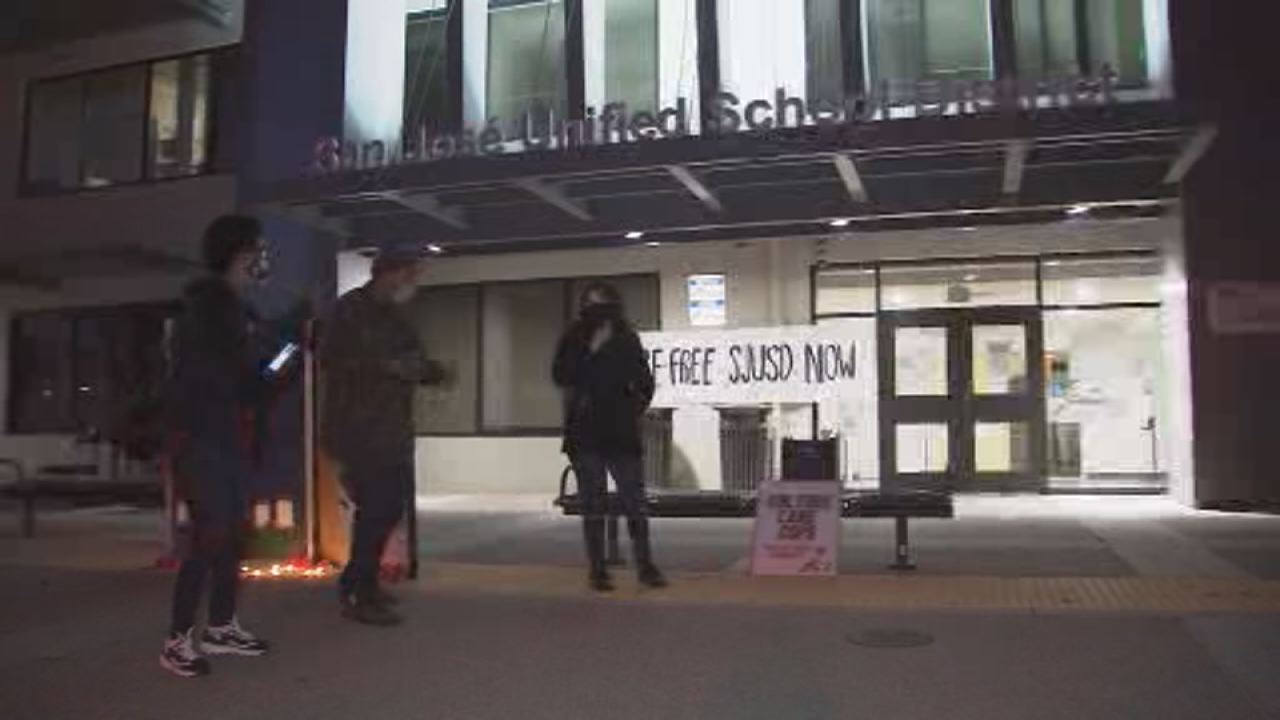 Protesters showed up outside of the San Jose Unified School District Thursday, demanding the district to have police-free schools and more mental health services.

The group spoke out about their concerns during a protest outside the district building and inside during the school board’s meeting.

“When there is not an emergency, what we’re really running the risk of is continuing the school to pipeline and having students being criminalized,” said teacher and parent Eduardo Valladares.

The San Jose Unified School District has a memorandum of understanding with San Jose police, which sets the rules for what officers can and cannot do when they are on campus.

That understanding was shut down in June of 2021 and it was brought back two months later and revised in December, when the school board decided to create an advisory committee that would determine if there were a need for school resource officers.

“What we’re saying is ‘why did you bring back 32 cops and then your going to make up an advisory, committee to study the cops?’ We’re saying why didn’t you bring 32 counselors and let’s study the need of the cops,” said Crystal Calhoun with the San Jose Unified Equity Coalition.

According to the San Jose Unified Equity Coalition, the district’s budget for school resource officers is up to $800,000 and their investment in mental health is limited.

But the district said they’ve actually increased their budget for counseling in the last year from $12 million to over $18 million.

Right now, now each school decides when, how long and how many officers they would like at their campus. A decision based on their approach to safety.

“The belief here is that the use of SJPD officers right now does assist with that holistic approach to safety, in helping to respond to situations, in the most restorative and relational way possible. But we acknowledge that it’s worth exploring if that can be done in a different way,” Ben Spielberg, Manager of Strategic Projects for SJUSD.

At this time, the committee is currently in the review phase, which means it could take years before their findings or recommendations are presented to the board.