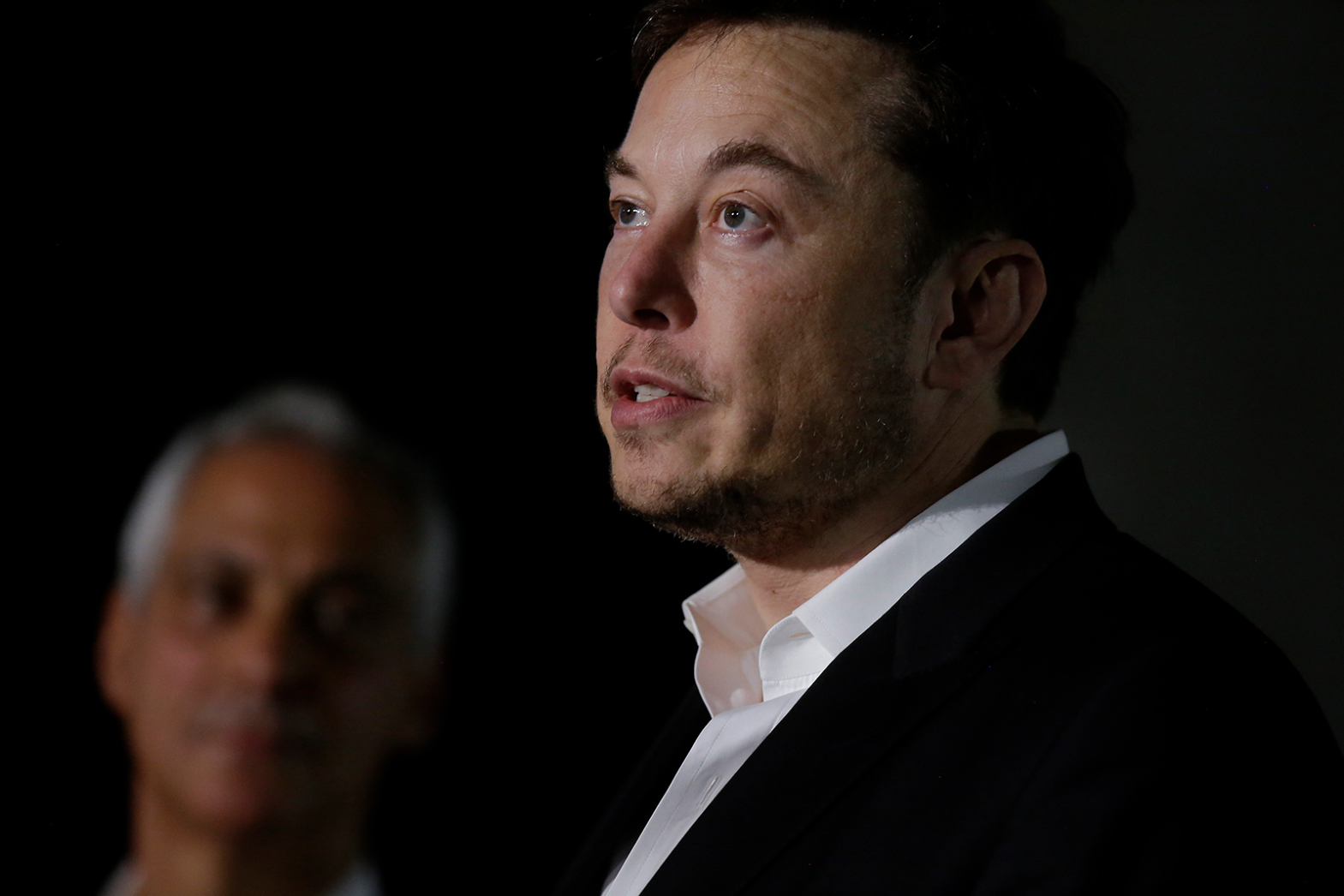 Elon Musk, the outspoken entrepreneur behind Tesla Inc. and SpaceX, is now the richest person on the planet.

A 4.8% rally in the electric carmaker’s share price Thursday boosted Musk past Amazon.com Inc. founder Jeff Bezos on the Bloomberg Billionaires Index, a ranking of the world’s 500 wealthiest people.

The South Africa-born engineer’s net worth was $188.5 billion at 10:15 a.m. in New York, $1.5 billion more than Bezos, who has held the top spot since October 2017. As chief executive officer of Space Exploration Technologies Corp., or SpaceX, Musk is also a rival to Bezos, owner of Blue Origin LLC, in the private space race.

The milestone caps an extraordinary 12 months for Musk. Over the past year his net worth soared by more than $150 billion in possibly the fastest bout of wealth creation in history. Fueling his rise was an unprecedented rally in Tesla’s share price, which surged 743% last year on the back of consistent profits, inclusion in the S&P 500 Index and enthusiasm from Wall Street and retail investors alike.

Bezos would still hold a wide lead over Musk had it not been for his divorce, which saw him cede about a quarter of his Amazon stake to his ex-wife, MacKenzie Scott, and his philanthropy. He donated shares worth about $680 million in November.

The jump in Tesla’s stock price further inflates a valuation light-years apart from other automakers on numerous metrics. Tesla produced just over half-a-million cars last year, a fraction of the output of Ford Motor Co. and General Motors Co. The company is poised for further near-term gains as Democrats captured both Georgia Senate seats and handed control of Congress to the party that’s advocated for quicker adoption of electric vehicles.

Musk, 49, has benefited from Tesla’s stratospheric rise in more than one way. In addition to his 20% stake in the automaker, he’s sitting on about $42 billion of unrealized paper gains on vested stock options. Those securities come from two grants he received in 2012 and 2018, the latter of which was the largest pay deal ever struck between a CEO and a corporate board.

Despite his astronomical gains, Musk has said he has little interest in material things and has few assets outside his stakes in Tesla and SpaceX. He told Axel Springer in an interview last month that the main purpose of his wealth is to accelerate humanity’s evolution into a spacefaring civilization.

“I want to be able to contribute as much as possible to the city on Mars,” Musk said. “That means just a lot of capital.”

Musk tweeted “How strange,” after reports of his new status were published, then added “Well, back to work.”

The world’s 500 richest people added a record $1.8 trillion to their combined net worth last year, equivalent to a 31% increase. The gains were disproportionately at the top, where five individuals hold fortunes in excess of $100 billion and another 20 are worth at least $50 billion.

Less than a week into the new year the rankings have already been upended by extraordinary rallies. China’s Zhong Shanshan has vaulted past Warren Buffett to claim the sixth slot after shares of his bottled-water company surged, adding $15.2 billion to his fortune.