Why is Russia reporting so few COVID-19 cases? Some say it’s a cover-up 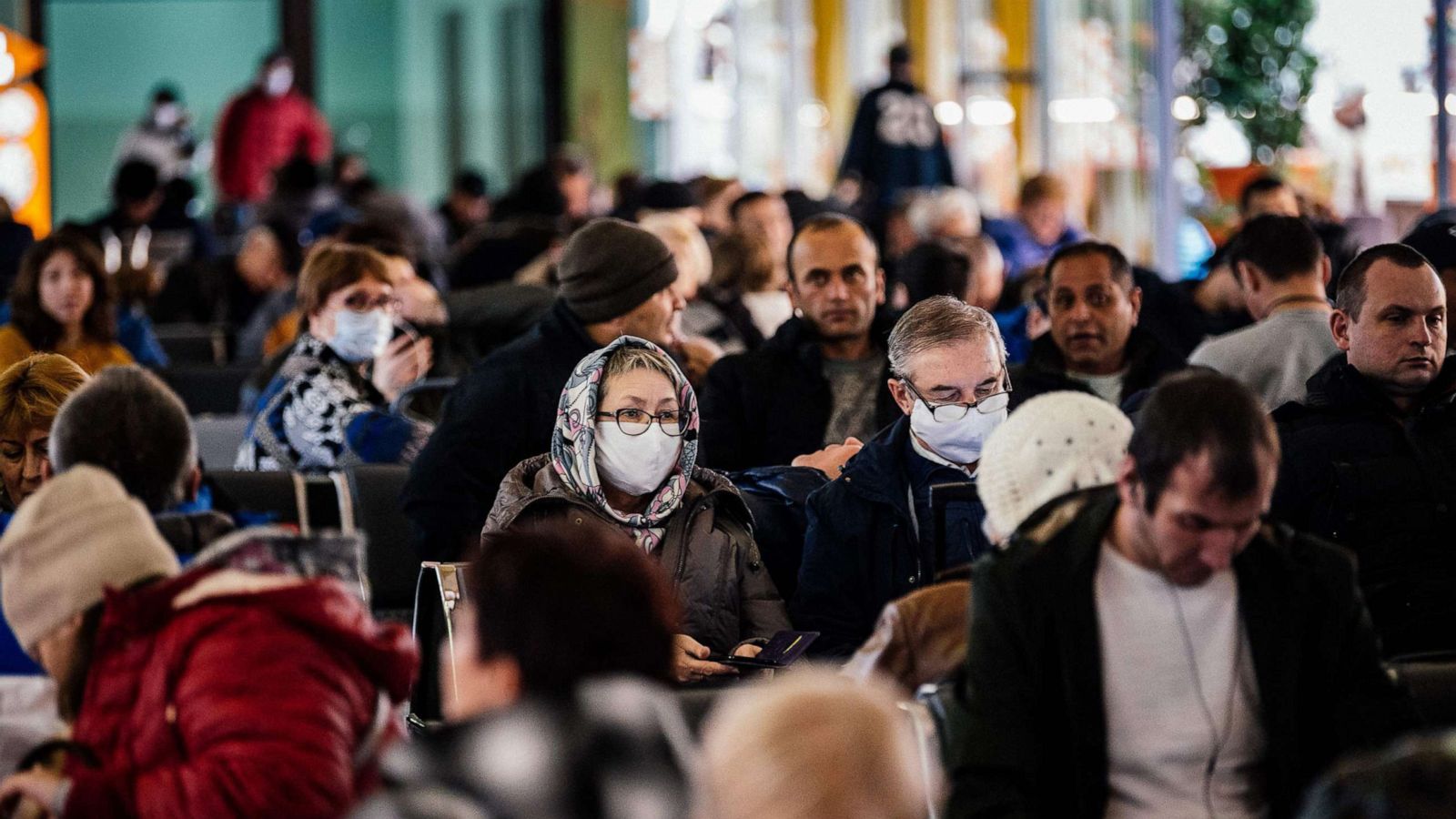 As the coronavirus pandemic continues to spread around the world, there are growing questions in Russia about the official number of cases that have been declared.

According to the count released by its health ministry, Russia currently has only 253 confirmed cases of the virus. That is vastly lower than in other major countries in Western Europe, where there are already thousands of cases.

What really makes Russia an outlier, however, is the number of tests it is carrying out compared to its number of positive cases. Russia has done 133,101 tests, putting it behind only China, Italy and South Korea.

But with just 306 cases of the virus, Russia’s ratio of positive cases to the number of tests is the second lowest in the world, at 0.21%. Only the tiny United Arab Emirates comes lower at 0.11%, based on figures from the Our World In Data project at Oxford University.

“If they have done that amount of testing, it is remarkably low,” Paul Hunter, a professor of health protection at Britain’s University of East Anglia, told ABC News. “But clearly there are both suspicious and non-suspicious explanations for that. I would be very pushed to say that data is false based just on the numbers.”

But in a country where the state has a long history of hiding bad news from its citizens and the outside world, the anomalous figures have triggered suspicions of a cover-up. No solid evidence has so far emerged to support that theory, but even officials have begun to sound the alarm that the official numbers cannot be trusted.

“The number of all the infected is without question higher, but by how much?” Alexey Kurinny, a Communist party lawmaker who sits on the parliament’s health committee, wrote this week. “2 times (minimal) or 10 times?”

Russia’s government has insisted its numbers are accurate and senior doctors on state media have denounced suggestions that the real figures are much higher. President Vladimir Putin told Russians this week “the situation is on the whole under control” and that “Russia looks much better compared with other countries.”

The virus’ growth in Russia now appears to be picking up speed– the official total which had been growing at two or three cases a-day has leapt by over 150 since Friday. The country recorded its first death of a person with the virus on Thursday, a 79-year-old woman in Moscow. The government has moved to impose tougher measures, introducing a state of heightened readiness for the whole country and closing its borders to all foreigners until May 1. In Moscow, schools are closed and there are reports authorities are discussing locking down the city. Outside Moscow, the authorities have begun building a 500-person hospital to house coronavirus patients.

Kurinny, the Communist lawmaker, has called for Russia to urgently establish a real picture of its numbers, taking after South Korea where authorities have managed to rein in the virus via relentless and massive testing.

“Now is the time to take the situation under control, without super-measures and super-losses, following the South Korea model,” Kurinny wrote on the social media site VKontakte. “Or else get the risk (even just the potential risk) of the situation developing on the Italian model.”

One explanation for Russia’s low case numbers, increasingly acknowledged by authorities, are problems with its testing regime. There are indications that Russia’s test is far less sensitive than those in other countries.

The test, which is produced by a state institute of virology and bio-technology in the Siberian city of Novosibirsk, has been treated as a government secret, making it hard to assess. But the Russian medical news site PCR News this week said it had acquired a copy of the test’s make-up.

According to PCR News, the Russian test is based on the same method used by other countries.

But the Russian test, PCR News wrote, only detects the virus when there are over 100,000 copies of it per milliliter in a sample. That is far more than in other countries’ tests. A test in use in the U.S., for example, will pick up the virus with just 6,250 copies.

“That would mean it’s about 10-16 times less sensitive than what’s available in the U.S.,” Carmen Wiley, president of the American Association of Clinical Chemistry, told ABC News by a phone. At such a level, she said there was a risk the Russians were missing cases, in particular where people were asymptomatic.

The Russian government is aware of the issue and is preparing to launch a second test to act as a control for the first, Kurinny, the lawmaker, told ABC News. He said he was also worried Russia is only testing a “very narrow” group, confined largely to those arriving from countries deemed as hotspots for the virus and who show symptoms.

Experts in most countries believe there are likely hundreds or thousands more people with the virus than those detected by tests. But in Russia, fears the government may deliberately conceal the figures are greatly heightened and Chernobyl is frequently brought up. Last year, authorities withheld details of a radioactive explosion involving a nuclear-powered missile in northern Russia, denying at first it had contained radioactive materials.

“I am categorically sure, there are more coronavirus patients than the authorities are stating,” said Anastasia Vasilyeva, who leads Alliance of Doctors, a group that campaigns for health care improvements, and an ally of the opposition leader Alexey Navalny.

Those concerns have been fueled by figures from Russia’s state statistics agency that show Moscow has experienced a surge in recorded pneumonia cases this year. Data from the agency Rosstat showed Moscow had 6,921 pneumonia cases in January, an increase of 37% from last year.

Moscow’s health department then released its own figures showing cases in January were actually 8% lower. But Rosstat told Reuters it did not understand how the Moscow department could have reached that result.

Vladimir Cherpunov, a leading virologist at the Novosibirsk institute, known as Vektor, that is leading the government testing effort, two weeks ago told The Siberian Times that he could not understand why all pneumonia patients were not being tested.

“All these cases are now ascribed to seasonal flu,” Cherpunov said. “That means that maybe the web is not cast very wide.”

Vasilyeva said her group has been receiving complaints from doctors describing wards already overflowing with pneumonia patients and saying that they are forbidden from putting pneumonia as the cause on death certificates. She released an audio recording she said was from a doctor at Moscow’s Mukhin hospital, who said that 240 beds have now been set aside for patients with severe “pneumonia.”

“It’s a tradition for Russia since Chernobyl — to hide the truth,” Valery Solovei, a prominent liberal commentator, told ABC News.

Twenty-six opposition-leaning politicians and cultural figures on Friday published an open letter saying they believed there were likely thousands or tens of thousands more infections than officially reported, and called on the government to impose tough quarantine measures now.

A series of senior doctors in Moscow have dismissed such claims. Viktor Maleyev, a specialist a Moscow’s Infectious Diseases Hospital Number 2, who is advising the government response, told the state news agency RIA Novosti that Russia had succeeded in slowing the virus because it rapidly closed its borders with China. Russia shut the border in late February and barred all Chinese citizens since early March.

Confirmed patients in Moscow are sent to Moscow’s Kommunarka hospital. Its chief doctor told the BBC that none of his patients were currently in critical condition and none were on ventilators.

Hunter, the British expert, said Russia is not necessarily “out of step” in terms of its cases only surging now. “A lot of countries around the world, it’s only really in the last week it’s been kicking off,” he said.

But there are increasing doubts.

“I cannot find any explanation and that is why doubts gnaw at me,” Cherpunov, the virologist at Vektor, told The Siberian Times. “I’m not that sure that all is so safe here.”