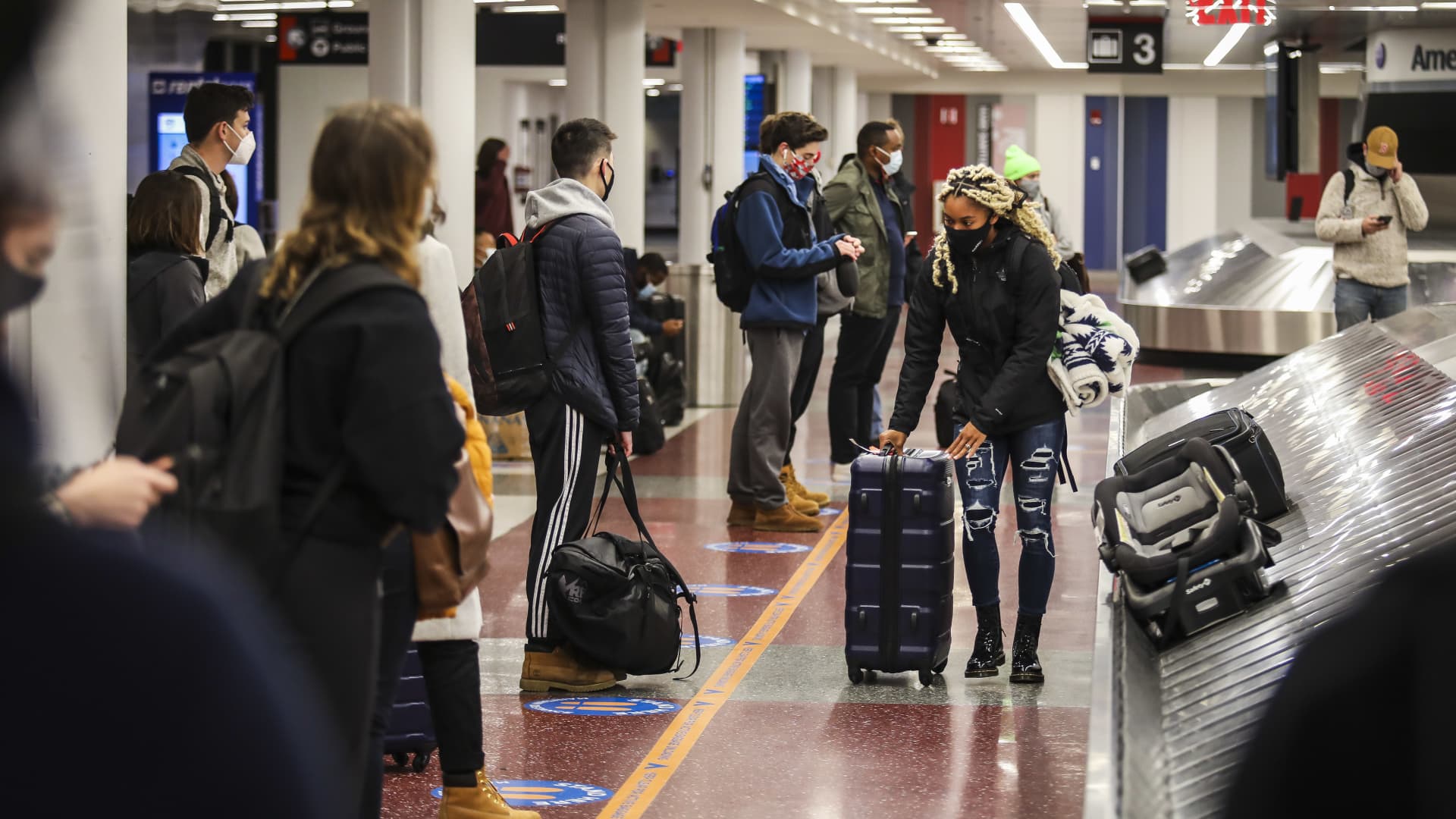 U.S. air travel rose to the highest levels since the start of the coronavirus pandemic, according to data released Monday, an increase that came despite U.S. health officials’ warnings against travel.

Close to 1.2 million people were screened by the Transportation Security Administration at airports on Sunday, the most since March 16, but still down about 60% from the nearly 2.9 million people TSA screened a year earlier.

Airlines including American and United offered some employees extra pay to handle the increase in demand, while Delta Air Lines canceled hundreds of flights because of a shortage of pilots over the holiday break, a problem the carrier said it has fixed.

Airlines have been banking on a spike in air travel over the holiday, but demand still remains a fraction of last year’s levels and executives earlier this month said ticket sales had slowed amid a spike in coronavirus cases and new warnings from health officials.

JetBlue Airways on Monday forecast its revenue would fall 70% in the fourth quarter compared with the same time last year, down from a previous forecast of a 65% drop.

“Booking trends remain volatile and the company continues to believe demand and revenue recovery will be non-linear through the fourth quarter and beyond,” the New York-based carrier said in a securities filing.