Living with COVID-19, once restrictions are lifted 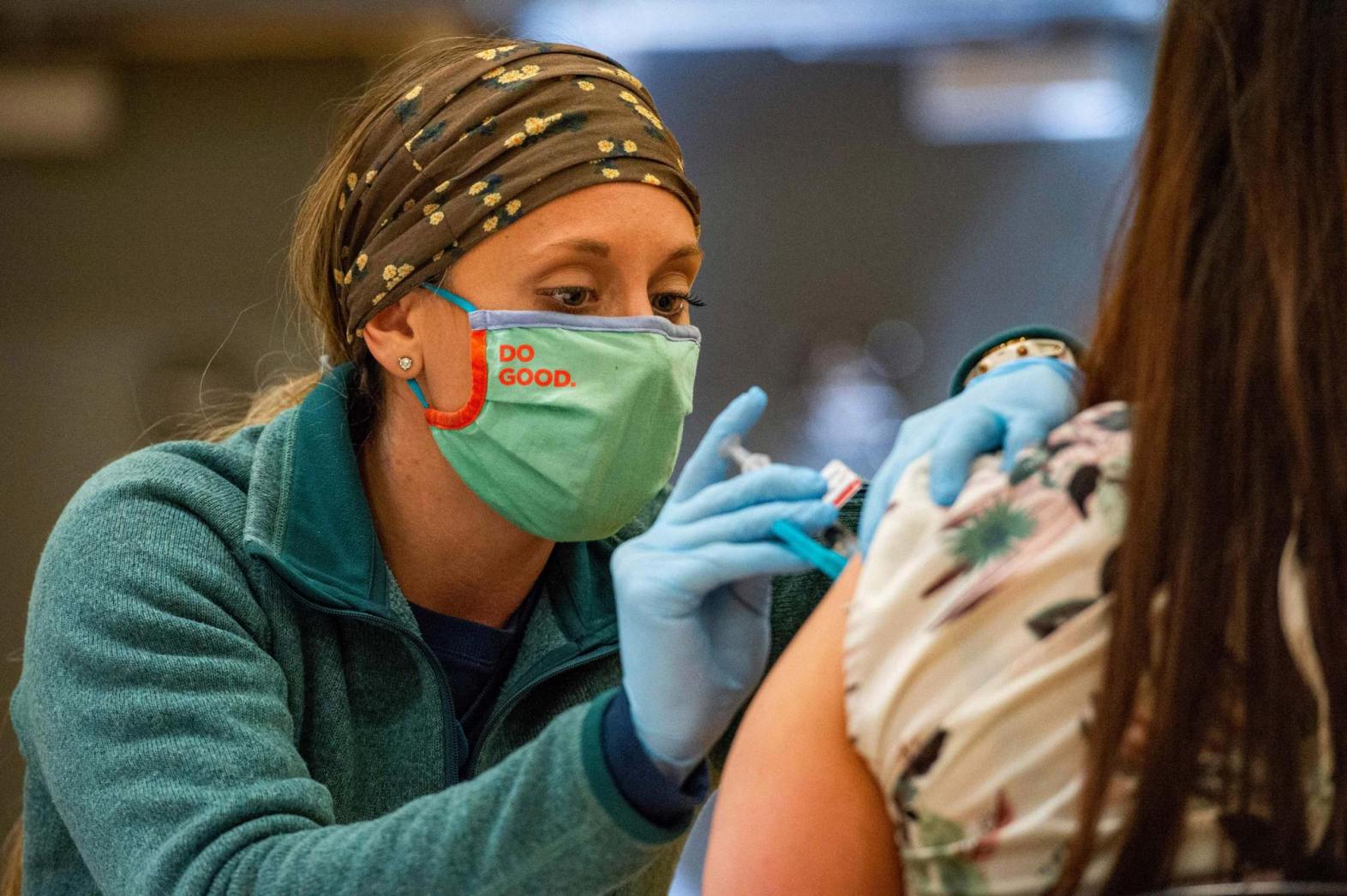 Even as California prepares to throw open its economy, it’s too early to declare victory against COVID-19. Instead, say scientists, we’ll learn to live in an uneasy détente.

The virus is here to stay, yet will pose less danger over time, they predict. While risk remains, it’ll be tolerably low. The virus will join the ranks of other coronaviruses that circulate in humans. We’ll learn to co-exist without lockdowns, masks and social distancing.

After so many casualties, much has been learned, he said. “Now we’re in a place where we’re spiraling in the right direction,” he said.

As the virus becomes endemic – and not the catastrophic threat that we’ve faced for the last 17 months — what does it mean to live with COVID-19?

• There will be clusters, rather than large outbreaks, of disease.

This means some transmission will continue. “People travel. We come and go. The virus is not going to be eradicated in the foreseeable future,” said Dr. Art Reingold, professor of epidemiology at UC Berkeley.

But because California’s coastal urban areas are increasingly protected, they won’t see another surge in cases, predicted UC San Francisco epidemiologist  Dr. George Rutherford. “We’re probably very close to herd immunity — and the chances of there being a sustained transmission is low,” he said.

When outbreaks occur, they’ll be limited, occurring mostly in places where vulnerable people live together, such as nursing homes, said Reingold. Communities with low vaccination rates will stay vulnerable.

•  We have the ability to catch isolated cases more quickly.

When we head into flu season later this year, the symptoms of respiratory illnesses will be distressingly similar.

But unlike early in the pandemic, there’s now a panel of tests that can quickly distinguish among the COVID virus, influenza and other respiratory pathogens. With just one swab or sample, a doctor can make a diagnosis – and send the patient home, or into quarantine. Cheap at-home COVID-19 tests are also now more abundant.

• If others are infected, spread will be more quickly contained.

Early on, cities struggled to stop the spread of the virus through “contact tracing” because of inadequate staff and long delays in diagnostic testing. As the virus surged, it became too difficult to keep up with the growing number of infected people and the people who have been in contact with them.

“But with smaller outbreaks, and so many people immunized, you can throw contact tracers out there and identify people – then snuff it out pretty quickly,” said Swartzberg.

In early February, U.S. laboratories were only genetically sequencing about 8,000 COVID-19 strains per week. The federal government recently made a nearly $200 million investment to boost sequencing to 29,000 samples per week.

By coupling the increase in sequencing with a declining number of infections, scientists and public health officials will be able to quickly identify and pounce on mutant strains of the virus before they gain a foothold.

• It could become a childhood disease.

Four other common coronaviruses — all of which cause nothing more severe than a cold — almost always cause infections at a young age. The same could happen with COVID-19, predict Emory University and Penn State scientists.

Natural infection in childhood may provide immunity that protects people later in life against severe disease, reported Emory’s lead investigator Jennie Lavine in the journal Science. This is good news because COVID in infants and young children is generally mild. Vaccination is still important, however, because of rare complications such as multisystem inflammatory syndrome.

But childhood illness with these other coronaviruses doesn’t prevent periodic reinfection, she wrote. “Reinfection is possible within one year, but even if it occurs, symptoms are mild and the virus is cleared from the body more quickly.”

• People won’t get as sick. Fewer people will die.

Even if vaccines don’t completely fend off infection, they blunt serious disease.  And hospitals are now better at saving lives.

“Patients are isolated appropriately, diagnosed rapidly and triaged correctly. Hospitals know how to care for patients with COVID. They know about how to handle staffing,” said Swartzberg. “All these things had to be worked out. Now they’re de rigueur.”

“We really now have a much greater ability to throw a robust attack against this virus that we didn’t have before,” he said.

• Be braced for possible re-vaccination.

If vaccines block infection and transmission for life, the virus might become something akin to measles. Unlike flu vaccines, the immunization for measles is life-long and never needs to be updated.

But we may need another round of the same shots to prevent re-infection if there is evidence that our immunity is waning. We may also need to re-vaccinate if the virus mutates so it evades our immunity.  We don’t yet know.

“Will they protect us for six months or six years or 60 years?” said Reingold. “It remains to be seen.”

If so, it could be included in our other adult vaccinations, like influenza.

Even if we eliminate transmission in California, the virus could be introduced from elsewhere. Think measles: Imported cases continue to trigger flare-ups in Californians who aren’t vaccinated.

And every day, new and unprotected babies are brought into the world.

“This is a global problem. The virus is circulating around the world,” said Dr. Walter Orenstein of the Emory University of School of Medicine’s Center of Excellence for Influenza Research and Surveillance. “There’s only one disease we’ve eradicated: smallpox.”

•  Even if vaccinated, some of us will still be vulnerable. We’ll need to weigh our own risk tolerance.

When the rules change on June 15, we’ll need to consider what we can live with.  Some people — such as the immunocompromised, perhaps the elderly — may need to continue to seek precautions. Others, such as schoolchildren, need unmasked togetherness.

“We may be behaving in very different ways,” said Reingold. “The state and CDC can provide good information. But we’ll make our own decisions.”

“Once the state restrictions are gone,” he said, “we’ll be figuring it out for ourselves.”