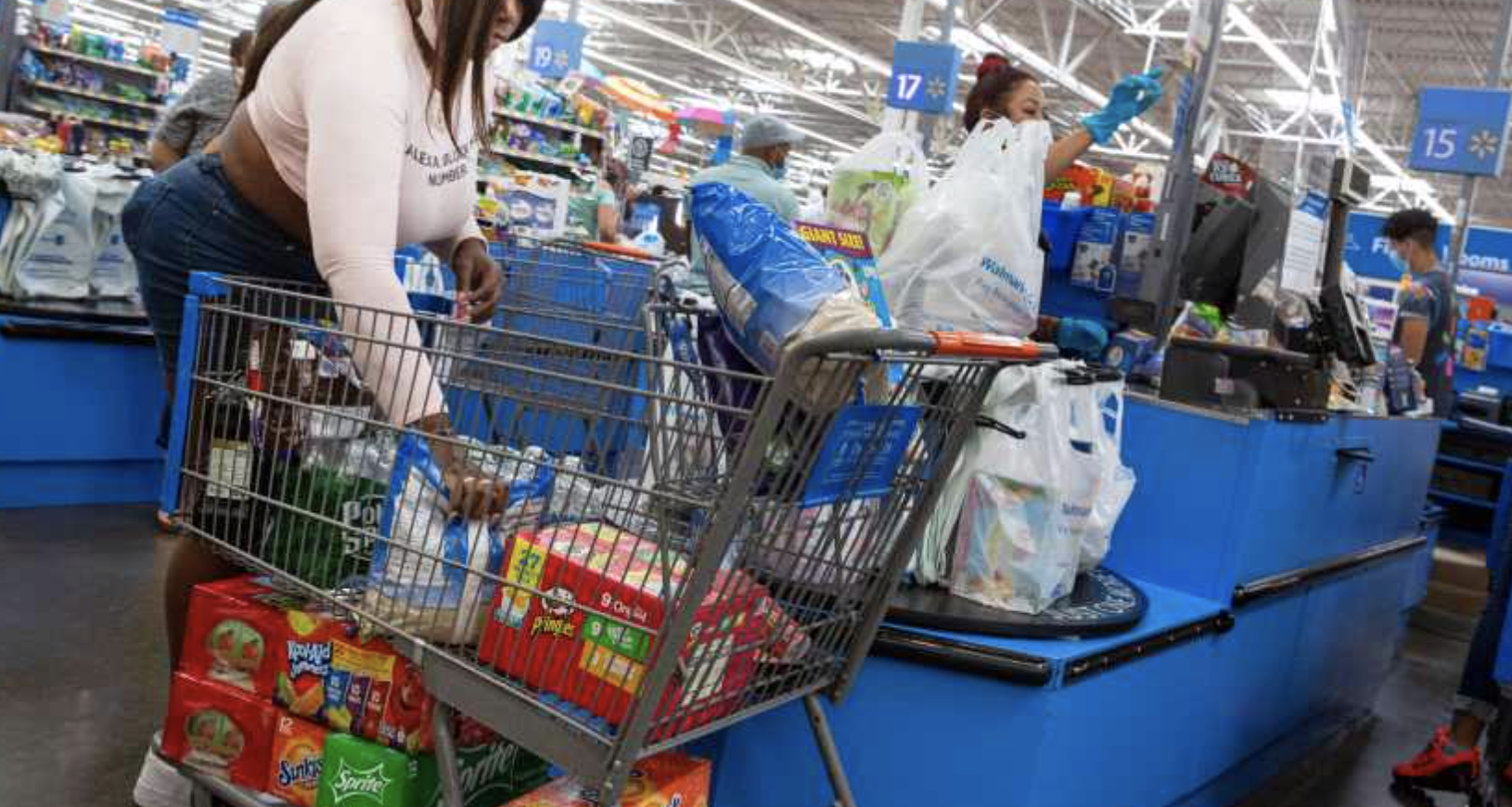 A new report from the Brookings Institute finds that while top retailers’ profits have “soared” during the coronavirus pandemic, pay for frontline workers has barely budged.

Brookings analyzed the earnings and compensation of frontline employees at 13 of the biggest retailers in the U.S. between March 13 and November 19 of this year, including Albertsons, Amazon, Best Buy, Costco, CVS Health, Dollar General, Home Depot, Kroger, Target and Walmart. While the companies in the report made an average of 39% more in profit this year compared to 2019, pay for their essential workers increased by just 10% on average, or $1.11 per hour, over the course of the pandemic.

And while some of these companies continue to make record profits, it has been over 130 days, on average, since many frontline workers have received any hazard pay at all, Brookings reports. Most of the companies have “offered only modest or negligible extra compensation to workers,” even as the number of Covid-19 cases continues to rise across the country.

Best Buy, The Home Depot and Target are outliers, according to the report. These retailers provided the most generous temporary and permanent pay increases and bonuses to workers, paying them $2.53 more per hour on average since March. Best Buy and Target both permanently increased their minimum wages to $15 per hour, and The Home Depot permanently increased wages by around $1.25 per hour.

That’s compared to CVS Health, which only offered a bump of $0.21 per hour. A CVS Health spokesperson noted that the company gave “appreciation bonuses” to nearly 180,000 workers, as well as $1,000 emergency grants to 3,000 workers. It also gave 24 hours of paid sick leave to part-time employees during the course of the pandemic.

Some of the least generous companies had the largest profits: Amazon and Walmart increased profits by of 53% and 45%, respectively, compared to last year. Their workers received an extra $0.95 per hour (Amazon) and $0.63 per hour (Walmart) since March. That is a 6% increase.

“Meanwhile, Amazon and Walmart’s stock prices are up 65% and 41% since the start of the pandemic, adding more than $70 billion to the wealth of Jeff Bezos, Amazon’s CEO, and $45 billion to the Walton family, the country’s richest family, who own more than half of Walmart’s shares,” the report says.

Rachael Lighty, an Amazon spokesperson, called the Brookings study “flawed” and said it did not provide an accurate portrayal of how Amazon treats its employees, noting it offers employees nationwide a starting wage of at least $15 per hour, which is more than twice the federal minimum wage.

On Thursday, Amazon announced it is giving frontline workers another $300 “special recognition bonus.”

All 13 retailers analyzed in the report provided some type of Covid-19-related hazard pay to employees at the start of the pandemic, in the form of temporary wage increases and/or bonuses.

But while the severity of the pandemic has not lessened, the extra pay is long gone: Most of the retailers ended their increases by June, just when coronavirus cases were spiking in many parts of the country.

Kroger, the country’s largest supermarket operator, provided a $2 per hour pay increase from March to mid-May and gave employees a one-time $400 bonus. Since then, it has offered some of the lowest wages in the industry, according to Brookings, offering $10 per hour on average.

Meanwhile, the company’s profits increased by 90% from 2019 to 2020, and in September, the company authorized a $1 billion share buyback program. These programs benefit shareholders in the company.

A Kroger spokesperson told Make It that the company has paid more than $1 billion in what they call “Appreciation Pay, Hero Bonuses and Thank You Pay” to employees since March. The company also noted that in September and November, they gave frontline associates $100 store credits and 1,000 fuel points which can be used to pay for gas at Kroger Fuel Centers and some Shell stations.

The Brookings report calls on retailers to reinvest more of their record profits in their employees. It also says that “policy change and structural reform” are needed in the U.S., including raising the federal minimum wage and “reigning in stock buybacks.”

“If ever there was a moment that called for a rebalancing of profits and people, it is now,” the report reads.

Walmart did not respond to a request for comment for this story.