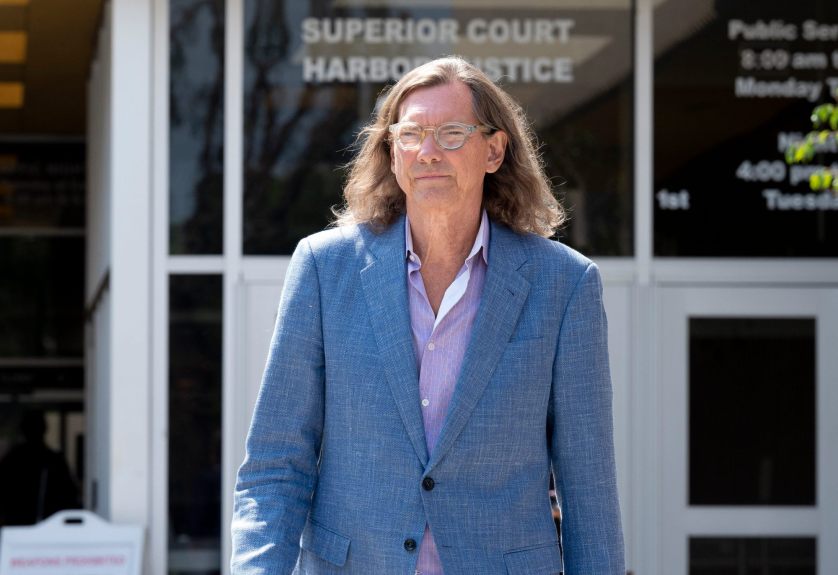 A Texas real estate developer and reality TV personality accused of sexually assaulting a 16-year-old girl is now being sued by the teen, her attorneys announced Tuesday.

The civil lawsuit filed Monday with a Texas court accuses William Hutchinson of sexually assaulting the now 17-year-old girl, and alleges that his development company, Dunhill Partners, and employees with a hotel he co-owns, the Virgin Hotels Dallas, enabled the abuse.

The lawsuit alleges that Hutchinson, 63, used his wealth and power to groom the girl, who is referred to as Jane Doe in court papers, before sexually assaulting her in Texas and California. It also accuses the multi-millionaire developer of supplying Jane Doe and other girls with alcohol and marijuana as they traveled to his properties in Florida and California, as well as a resort in Arizona.

“Mr. Hutchinson will soon learn the hard lesson that wealth, power and celebrity does not grant someone a license to sexually assault children in Texas or anywhere else,” Charles Soechting, Jr. – a Texas-based attorney who is among those representing the girl – said in a statement announcing the lawsuit.

Attorneys representing Hutchinson, who previously have denied the criminal allegations he is facing, also rejected the accusations in the civil lawsuit.

“I believe the filing of this lawsuit has revealed to the public what we have always known: that this is really about money,” said Levi McCathern, an attorney representing Hutchinson. “The allegations supporting the criminal and civil case are and have always been false, and we look forward to showing as much with our day in court.”

The lawsuit accuses Dunhill Partners, the development firm Hutchinson co-founded, of helping to finance the alleged sexual abuse, contending Hutchinson used company travel accounts and property. It also alleges that employees with the Virgin Hotel in Dallas regularly provided alcohol to the girls at Hutchinson’s direction and that Hutchinson arranged for Jane Doe and a friend to work at the hotel.

“Bill Hutchinson is credibly accused by multiple law enforcement agencies of sexually abusing young teens,” said John Manley, a prominent, Irvine-based victims rights attorney who is also representing the girl, in a statement. “He used his money, power and businesses, including his ‘Virgin’ hotel partnership in Dallas, to groom his victims. We intend to hold him and all who enabled him to account, including the Virgin hotel.”

Representatives with Dunhill Partners and Virgin Hotel Dallas did not immediately respond to requests for comment on Tuesday afternoon regarding the lawsuit.

Along with his prominent development projects – which through Dunhill Partners includes the Laguna Design Center in Laguna Niguel – Hutchinson gained fame for appearing on the Lifetime series “Marrying Millions,” which spotlighted his relationship with a woman 40 years younger than him.

During a July 13 appearance at the Newport Beach courthouse, Hutchinson pleaded not guilty to one felony count of rape of an unconscious person and five misdemeanor counts of sexual battery. He has also denied a sexual assault charge in Highland Park, Texas.

According to the new civil lawsuit, Jane Doe met Hutchinson after becoming friends with teen girls who were living at his Highland Park home. She eventually moved in with Hutchinson and his family so she could finish her junior year at Highland Park High School and remain near friend when her parents relocated to Fort Worth, according to her attorneys.

The lawsuit alleges that Hutchinson first sexually assaulted the girl sometime between  April 1 and April 5, 2021 at a home he owned in Laguna Beach.

The girl’s attorneys wrote that it began with Hutchinson massaging her, touching her and putting her onto his lap while they were in a hot tub at the home. The next morning the girl awoke to find Hutchinson staring at her; the morning after that she awoke to find him rubbing himself against her and on another morning she awoke to him raping her, according to the lawsuit.

The girl was left “confused” and “ashamed” while still feeling “indebted to Hutchinson for what she considered his immense generosity,” her attorneys wrote.

“He had provided her and her best friends with extravagant travel to desirable locations, taken them to fancy restaurants, all the while giving them the freedom to do as they pleased – including providing them with alcohol and allowing marijuana use,” the lawsuit reads. “To sociable, naive sixteen-year-old, this was a compelling arrangement – something Hutchinson knew and exploited for his own deviant benefit.”

The sexual abuse continued in both Laguna Beach and Highland Park before the girl went to police in May 2021, according to the lawsuit.

The girls attorney’s describe Hutchinson in the lawsuit as a “methodical and deliberate predator.” In the wake of the criminal allegations, the girl has become “alienated from her peers,” the attorneys wrote, since some blame her for his legal jeopardy.

The lawsuit seeks an unspecified amount of monetary damages.