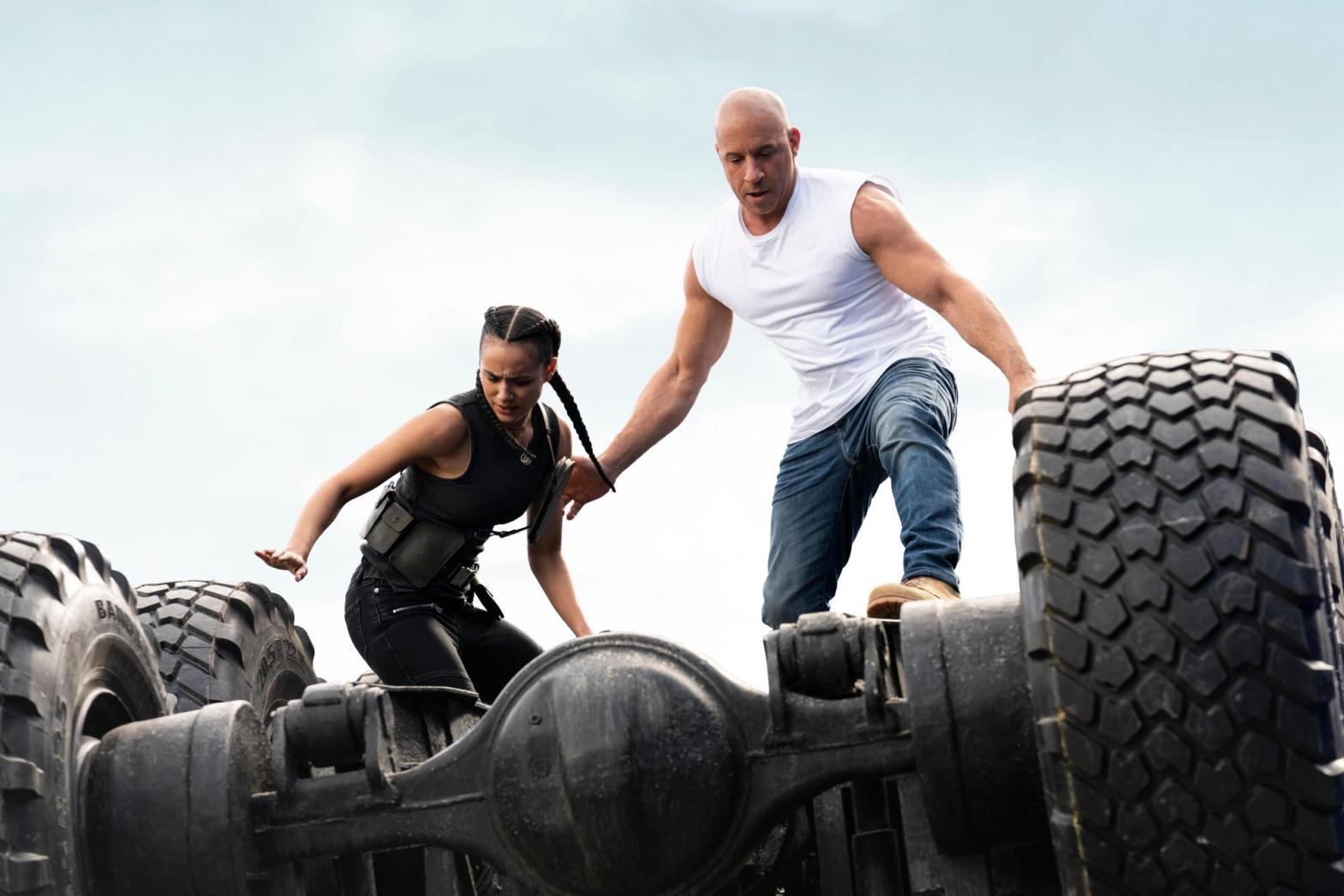 Although the box office has yet to fully recover from the pandemic, at least one studio has good reason to celebrate this Fourth of July weekend. Universal Pictures currently has the top three films at the domestic box office with “F9,” “The Boss Baby: Family Business” and “The Forever Purge,” according to studio estimates Sunday. It’s the first time that’s happened for Universal since 1989, when the studio had “Sea of Love,” “Parenthood” and “Uncle Buck” topping the charts, and the first time for any studio since 2005.

As expected, the “Fast & Furious” sequel “F9” maintained the top spot in its second weekend in North American theaters. The film added an estimated $24 million over the weekend and is projected to take in $32.7 million by the end of Monday, bringing its domestic total to $125.8 million. Worldwide, “F9” will likely surpass the $500 million mark on Monday.

In second place, the animated “Boss Baby” sequel surpassed expectations opening with $17.3 million for the weekend and $23.1 million including Monday. “The Boss Baby: Family Business” features Alex Baldwin voicing the worldly toddler. And in third place, the latest Blumhouse venture, “The Forever Purge,” is expected to gross $12.8 million in ticket sales through Sunday and $15.9 million over the four-day weekend.

Although the three films may share a studio name, they’re also all different genres with different audience bases: A PG-13 action pic, an R-rated horror and a PG-rated family film. Almost half of the audience for “The Boss Baby 2,” for example, was 12 and under, while 64% of the audience for “The Forever Purge” was in the coveted 18 to 34 range and also very ethnically diverse.

While it’s a bit unconventional for a major studio to open two big films on the same weekend, Universal’s head of domestic distribution Jim Orr said they simply saw an opportunity and have historically had great successes on the Fourth of July weekend.

“This weekend is just a great glimpse of what we do constantly. which is provide theatrical audiences with a diverse slate of quality films,” Orr said. “The results speak for themselves.”

The varied slate, he said, is something the studio takes great pride in.

“We have films for every single audience out there,” Orr added. “We have tremendous partners, with DreamWorks and Blumhouse, and we also have some of the biggest franchises in the industry with the Fast saga.”

Paramount’s “A Quiet Place Part II” landed in fourth with an estimated $4.2 million over the three-day weekend and a projected $5.6 million including Monday, bringing its total to $145.8 million in its sixth weekend. “The Hitman’s Wife’s Bodyguard” took fifth with $3 million for the weekend.

“We are still in an unusual marketplace,” said Paul Dergarabedian, Comscore’s senior media analyst. “But this is a solid weekend— “81% of theaters are open in North America and moviegoers had a smorgasbord of options. This feels like truly the first fully fledged summer weekend.”

The based-on-a-Twitter-thread film “Zola” also had a strong opening on 1,468 screens. The film about a road trip to Florida gone wrong has earned an estimated $2.4 million since Wednesday. According to studio A24, many of the New York and Los Angeles showings sold out this weekend.

“‘Zola’ is disproving the notion that only blockbusters will bring people to the theaters,” Dergarabedian said.

And despite also being available on Hulu, Questlove’s “Black Woodstock” documentary “Summer of Soul” earned $650,000 from 752 theaters. Although a somewhat modest number, Searchlight said it’s the best performing documentary of the year so far.

The successes are also notable for what they were up against outside of theaters. This was a weekend where there were quite a few at-home streaming options as well, with Amazon Prime Video’s Chris Pratt blockbuster “The Tomorrow War” among them.

The Universal films accounted for over 77% of the total projected grosses this weekend, which was the third best of the pandemic (behind last weekend’s “F9” opening and the first “Quiet Place 2” weekend), according to data from Comscore.

But the reign likely won’t continue for long. Next weekend, Disney and Marvel’s “Black Widow” hits theaters. And even “Black Widow” has a caveat, despite being the first Marvel movie in almost two years: It’ll also be available to rent on Disney+.

Estimated ticket sales for Friday through Sunday at U.S. and Canadian theaters, according to Comscore. Final domestic figures will be released Monday.