Mothers struggle to return to work as California reopens 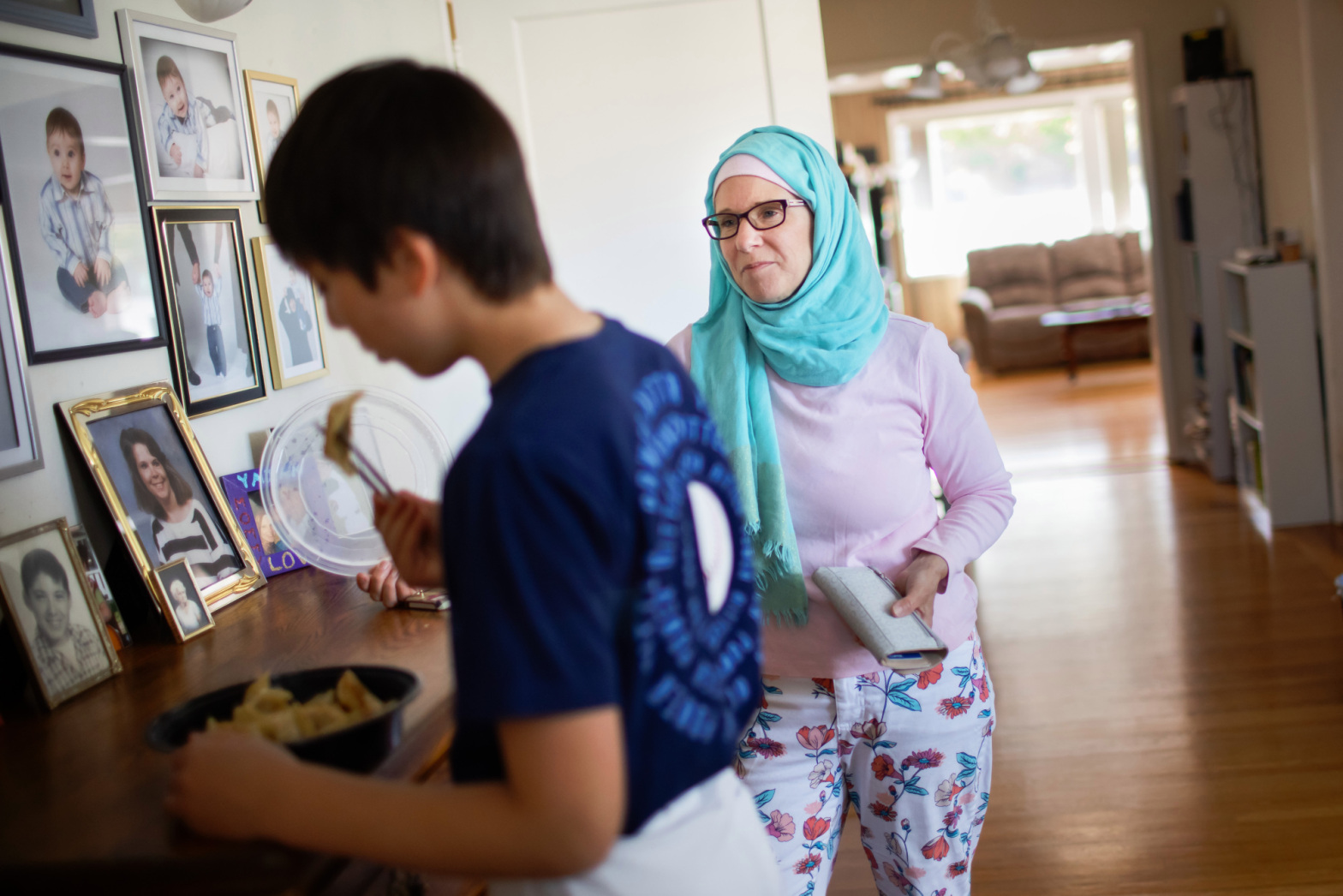 Before the pandemic, Patricia Gutierrezwould drop her 8-year-old autistic son off at school in San Jose and her 4-year-old son off at day care every morning. After her mother, who suffers from Alzheimer’s, was picked up and shuttled to a senior center, Gutierrez would drive to work as a licensed vocational nurse at a school for special needs students.

But as COVID-19 cases began to spread across California in March and businesses started shutting down, her son’s school, the senior center, and day care all closed. Gutierrez lost her job and signed up for unemployment. With two kids and a declining mother at home, finding other work was not an option.

Now, as California opens back up, people are rejoining the workforce. But for mothers like Gutierrez, economic recovery may not kick in until school returns in August.  By May, employment among working women without children had almost returned to pre-pandemic levels, while mothers with school-aged children lagged more than 6 percent behind, according to an independent analysis by Misty L. Heggeness, a principal economist at the U.S. Census Bureau.

That’s because pandemic shutdowns had a disproportionate impact on working mothers, experts say. Christine Beckman, professor of public policy at the University of Southern California, refers to the “scaffolding” that’s required to raise children: support from grandparents and friends, afterschool programs and sports, day care, and school. When the pandemic hit, “All that infrastructure, I mean, it literally disappeared overnight,” she said.

“It was quite shocking for families to realize it was just the people within their walls that had to make it work,” said Beckman, and “until they can rebuild that (scaffolding), it’s really hard to get them back in the workplace.”

By October of last year, Gutierrez’s mother had moved in with Gutierrez’s sister in Hawaii, and Gutierrez’s daughter was born. Gutierrez’s days were spent separating her two eldest when they fought, calming her autistic son when he had tantrums, and barely getting sleep with her nursing newborn.

“Nobody could come visit me and the church closed,” she said, “I just started getting more anxious.” Sometimes she would wake up in a panic.

Gutierrez is doing better now. Her eldest is in summer school three hours a day, and she cares for her two youngest at home. The day care she relied on went out of business during the pandemic and with the continued weight of child care, she won’t return to her previous job or search for a new one until school opens.

“Summer was always stressful for working parents,” said Beckman, but this summer many camps were canceled or at reduced capacity, child care costs have risenduring the pandemic, and Bay Area summer schools are already filling up. “I think families are going to hobble through it until we get some of the big stuff like the school’s back operating,” said Beckman, “I don’t see anything really getting better in the summer.”

Wendy al-Mukdad, a San Bruno mother who works as a senior utilities engineer for the California Public Utilities Commission mainly evaluating wildfire mitigation efforts, told her boss in April 2020 that she had to take a temporary step back to working four hours a day. Her son was falling behind in school, and al-Mukdad helped him catch up by tutoring him for six hours a day.

n the Fall of 2020, al-Mukdad opened her home during the day to two of her son’s friends whose mothers still worked in person and struggled to help their kids in school.  On a large whiteboard, al-Mukdad, who had returned to work full time, wrote all three boys’ schedules and set alarms for five minutes before each class. When the alarms rang while she was in meetings or giving a presentation, she excused herself to get the boys set up. To keep up, al-Mukdad worked until 10 p.m. and on weekends.

Still, said al-Mukdad, “I know so many people did not have the ability to do what I did.”

In January, after work kept clashing with feeding, tutoring and keeping the boys focused, al-Mukdad decided to takesix months of accrued vacation time in part to support the children full time. She’ll return to work when school resumes in August.

Beckman had hoped that COVID-19 would shine a spotlight on the gender imbalance of child care in the home.  “It didn’t,” she said. “The data really showed that women were still working twice as much as the men were at home.

“If the pandemic didn’t cause us to rethink those gender roles and gender expectations for housework,” Beckman said, “I’m not sure what will.”