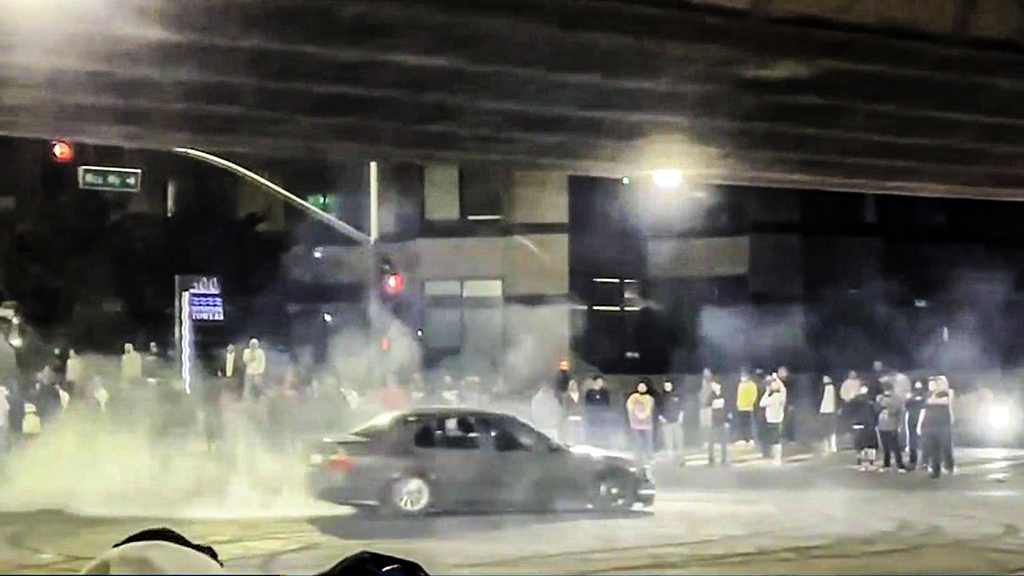 San Jose police and California Highway Patrol officers teamed up to make seven arrests and issued about 500 citations after a large sideshow in the city Saturday night, officials said.

Police shared a snapchat map video of the latest sideshow just as officers began to arrive on the scene at 10th street and East Alma Avenue, surrounding blocks at about 11 p.m. Saturday.

On Sunday, tire marked nearly cover the pavement of at one at the corner of Fourth and Reed streets, while neighbors were left to spend part of their weekend picking up the garbage left behind.

San Jose resident Brenden Towey said that he was trying to sleep when the sideshow started.

“Yeah, I think they should be stopping people from doing this,” he said. “They were blocked off all the way across the street. They had filled the street and prevented traffic from going through.”

Residents said that it was like most of the sideshows they’ve seen here and across the city in the past, unable to leave their homes and all they could do is watch and hope no one gets hurt.

San Jose resident Kenny Olson said the sideshow went on for a long time before they heard the first police sirens.

“In fact, me and my neighbor were talking and were like there’s no cops out yet and they were already going for a good almost an hour,” he said.

But police did show up eventually. At a nearby convenience store, an employee allowed an NBC Bay Area crew to look at their surveillance video, showing police stopping at least one car in the intersection.

An aerial photo showed how SJPD and CHP blocked off surrounding streets before they swept in and made seven arrests for firearms and weapons violations and wrote nearly 500 citations.

“There appears to be so many sideshows that go on all the time around here. People seem to kind of treat it as a speedway,” Towey said.

Police said they impounded several cars that were involved and will hold them for 30 days.

“I don’t understand why they do it? but it’s better than shooting guns,” Olson said.

San Jose police stated in an email Sunday that guns are a problem at these sideshows and they’re glad to get two of them off the streets.

Police added that despite having one of the smallest police forces for a city their size, they will continue to crack down on sideshows.