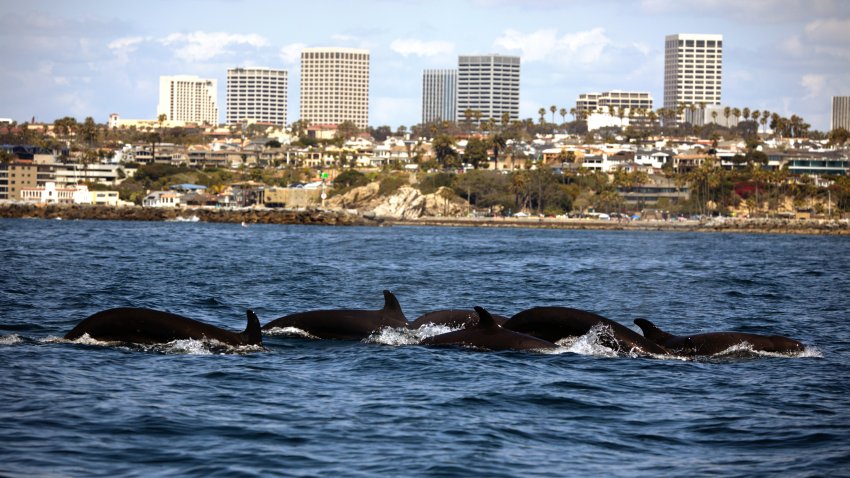 About 40 false killer whales were spotted along a California coastline, an uncommon sighting for the tropical species usually found in warmer waters.

“They like Mexico and this is just kind of a little spring break trip,” said Ryan Lawler, owner of Newport Coastal Adventure.

Lawler was at a private birthday party when he saw the pod of false killer whales just outside the Newport Harbor entrance.

The false killer whales, like actual killer whales, are a dolphin species. They are typically found in tropical and subtropical oceans in deep offshore waters, according to the National Oceanic Atmospheric Administration.

The whales were also seen off of the coast at Dana Point, according to Capt. Dave’s Dolphin and Whale Safari and Dana Wharf Whale Watching.