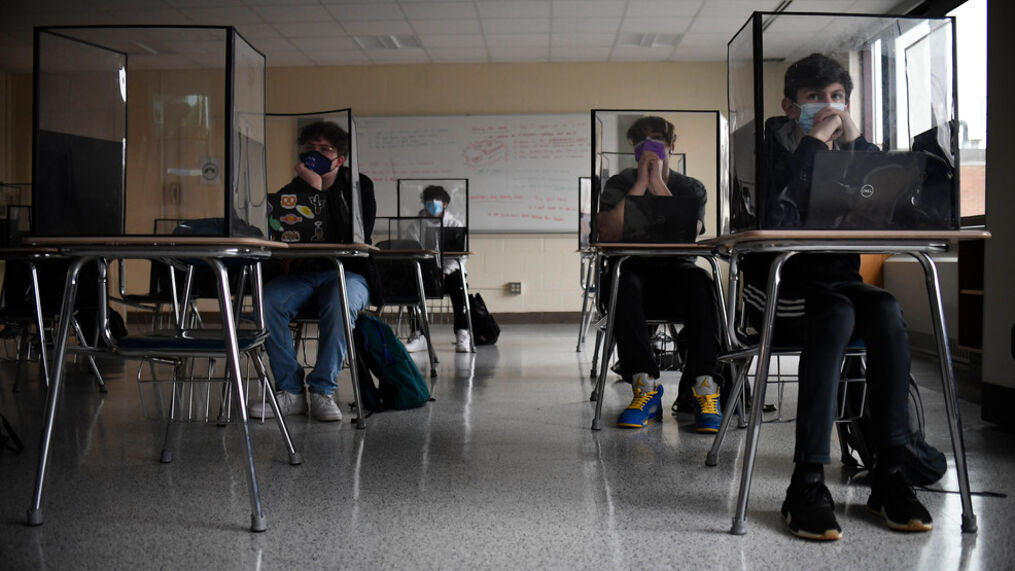 Students in California classrooms can sit 3 feet apart instead of 6 under new guidelines adopted by the state as school officials figure out how to reopen campuses closed for a year during the coronavirus pandemic.

The state recommendations announced Saturday came a day after federal health officials relaxed social distancing guidelines for schools nationwide. The U.S. Centers for Disease Control and Prevention advises at least 3 feet (about 1 meter) of space between desks in most schools, even in towns and cities where community spread is high, so long as students and teachers wear masks and take other precautions.

Local education leaders will have the final say on distancing in California. The Los Angeles Unified School District, the nation’s second largest, said it would stick with the 6-foot rule, the LA Times reported Sunday.

Some districts across the state will likely embrace the revised rules. But many school systems, including Los Angeles Unified, have approved agreements with their teachers unions that stipulate a 6-foot (1.8-meter) desk separation, the Times said.

“The recent CDC guidance will not change our current reopening plans,” LA Unified Superintendent Austin Beutner said Sunday. “Our challenge is convincing families that schools are safe, not finding ways to stuff more kids into classrooms.”

After soaring late last year and in January, the rates of COVID-19 infection are so low in Los Angeles and across the state that LA Mayor Eric Garcetti said he’s feeling hopeful for the first time in a year. As vaccinations ramp up, Los Angeles and most other California counties have started easing virus restrictions, allowing restaurants, movie theaters and gyms to reopen with limited capacity.

“Here in Los Angeles, we have a positivity rate of 1.9%, and we estimate that anywhere between half and two thirds of our population has antibodies in it now, either because of exposure to COVID-19 and vaccination,” Garcetti said in an interview. “So this is a very, very optimistic moment.”

Across California the positivity rate over the past seven days is 1.8%, the state Department of Public Health said Sunday.

Garcetti said last week that a lot of pandemic deaths could have been prevented in California if the state had focused earlier on vaccinating people in the most disadvantaged neighborhoods.

Gov. Gavin Newsom’s initial tightly constrained approach focused on vaccinating residents by age and profession. He has since set aside 40% of all doses for people in the state’s poorest areas.