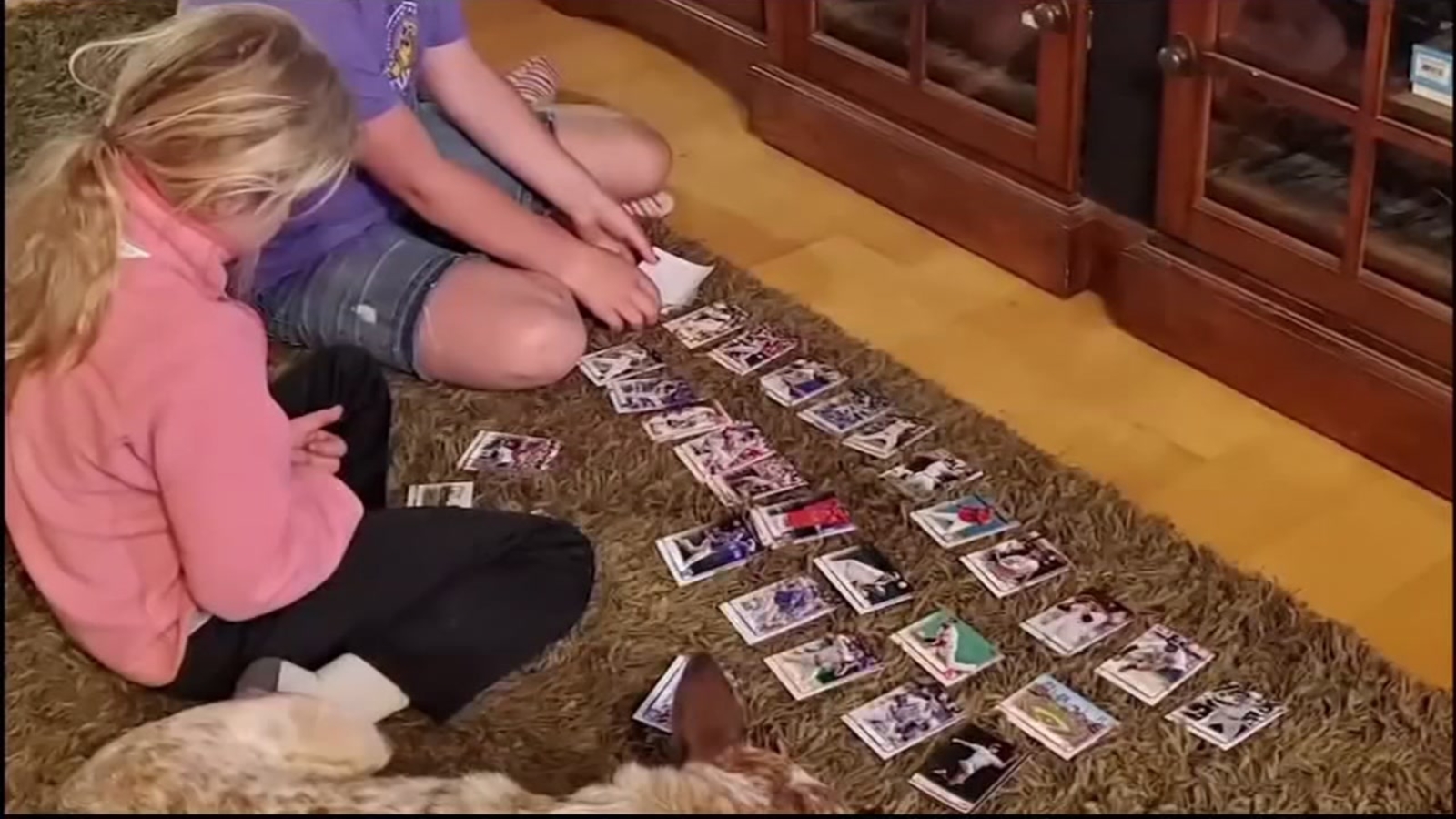 A 9-year-old baseball player is getting a much-needed boost after her family’s home burned down during the Creek Fire in the Central Valley near Shaver Lake, destroying everything they owned — including her beloved baseball card collection.

CAL FIRE learned about the tragedy and decided to launch a regional drive to collect cards for Reese Osterberg and her friends.

A San Jose man stepped in to help after seeing the story on social media.

Kevin Ashford showed ABC7 his longtime collection of baseball cards. “These are cards from the late ’90s, all the way through 2019, full sets.” Ashford said.

He chose to say goodbye to a collection of nearly 25,000 baseball cards, but discovered it was much easier than he originally thought.

“They’ll be all organized, they can thumb through these, and you know, have at it, and they’re going to find some great cards in here, I already know that,” Ashford said.

Ashford heard Osterberg’s story and wanted to help. “It’s just one thing after another that’s been happening here during 2020, and I just want to make it a little easier for these kids, so that’s why I’m doing it,” Ashford said.

Osterberg has been playing baseball since she was in preschool and lost her own collection of cards in the fire.

“It’s been really tough because, just thinking of the cards I owned, just brings back memories and stuff,” Ashford said.

On Tuesday the CHP arrived at Ashford’s home to accept his donation.

“All these agencies work together on the fire lines in one capacity or another, so this is a great opportunity for us all to all work together for something positive from such a destructive fire season.” said Chuck Carroll, CAL FIRE Santa Clara Unit.

Osterberg, who is a diehard Giants fan, says her favorite player is Buster Posey and recently wrote him a letter asking for his autograph.

“He’s a catcher and I’m a pitcher, so one day I think it would be awesome if I could pitch to him,” Osterberg said.

As the CHP drove away with the collection of cards bound for Fresno, Ashford had a message for Osterberg. “The Buster Posey card is in the box. I looked at it this morning, so that’s yours.” Ashford said.