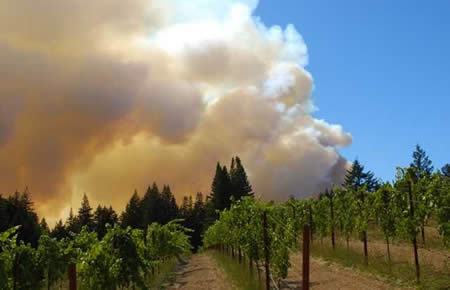 The agencies that responded to the CZU Fire last summer will run through their response together.

Cal Fire and other first responders will test their planning and emergency operations, which could include the reverse 911 system. When people get those calls, it will be clear that it’s a drill.

There is no live fire component to the drill happening Thursday afternoon, so if people in the area see or smell smoke, they should call 911.

Meanwhile, the University of California, Berkeley on Thursday released a new report on the danger of rebuilding in wildfire burn zones, what researchers call “high-risk wildland urban interface” areas.

Researchers said that while the state has a housing shortage and can’t afford to not rebuild housing, policies should encourage lower risk development and should provide incentives for survivors to move to lower risk locations surrounded by defensible space.

The report stated that more than one in 12 California home is at high risk of burning in a wildfire, based on 2007 mapping.