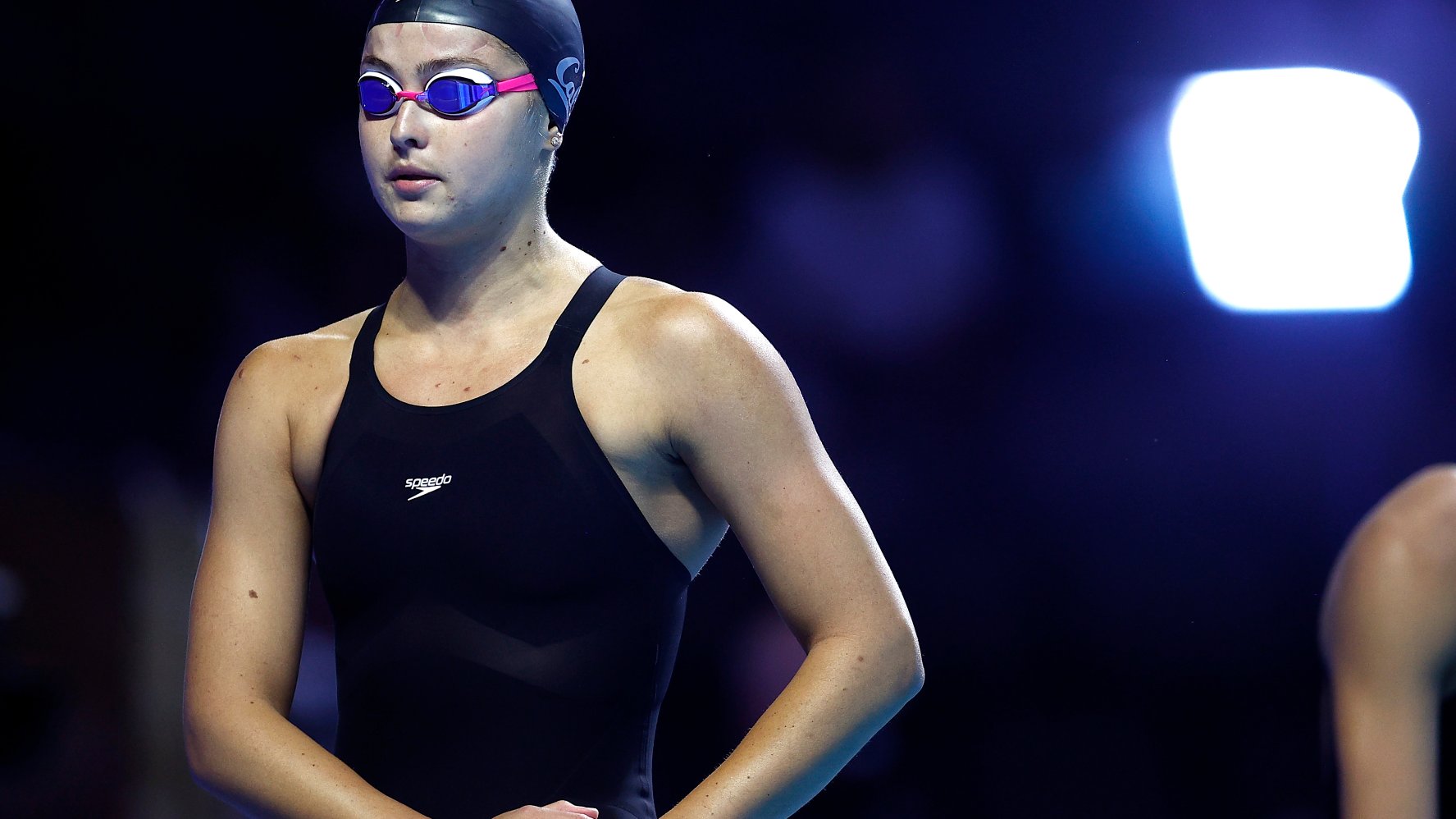 The Olympic trials continued Wednesday as one of the swimmers who competed is also a swimming coach in the North Bay.

The entire swim team is ecstatic after watching her qualify.

Katie McLaughlin, the 23-year-old UC Berkeley graduate will be joining Stanford’s Katie Ledecky to represent Team USA in the 4 by 200 freestyle relay in Tokyo next month.

McLaughlin has spent the past year training and as a swim coach for high schoolers at North Bay Aquatics in Marin County. Many of them got together for a watch party to see McLaughlin qualified for the Olympics.

Alanna Baker and Cat Watrous are coached by McLaughlin and attended the watch party.

“I just feel so lucky to have had her as a coach,” Baker said. “She brings a really unique perspective to swimming I’ve never really had before. She’s such a mentor to us, especially to the girls.”

“She’s our biggest role model, at least for me. And just being able to see her accomplish such big things on that big stage was amazing,” Watrous said.

Another swimmer on the team was at the trials in Omaha and gave McLaughlin a big hug just after.

“I’ve never been more hyped to see something like that. To see someone that I know personally make the Olympic team was an incredible experience,” said Max Gilsenan, North Bay Aquatics swimmer.

McLaughlin is now heading to her first Olympics with an entire Bay Area community rallying behind her.