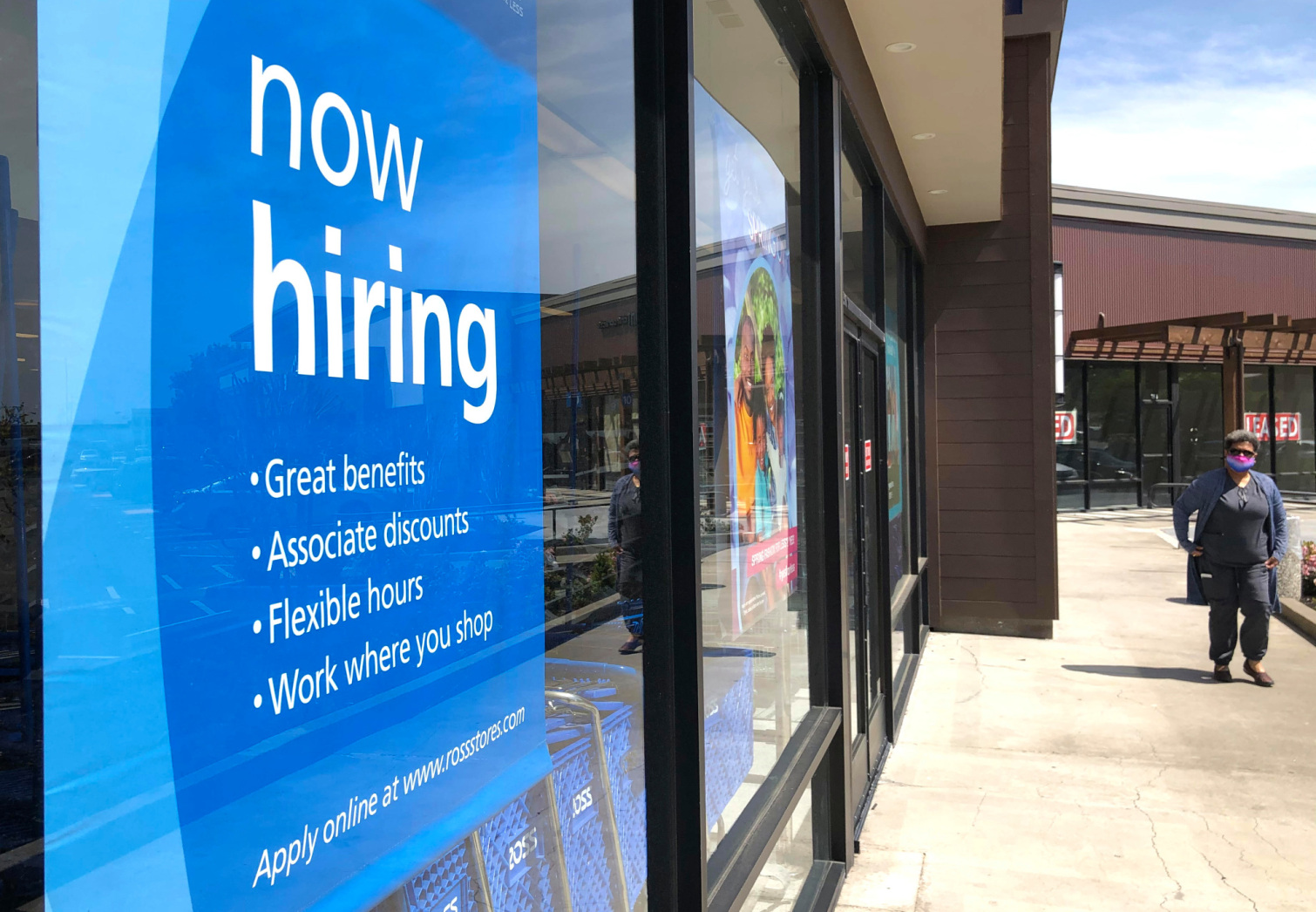 In the end, the pandemic shackles on California’s economy will have officially lasted 452 days — from a full lockdown starting in March 2020 to an all-but-reopened business world after June 15.

The economic toll of strict mandates to slow the spread of COVID-19 was high. For years to come, there will be grand debates over the government’s pandemic policies.

California is down 1.4 million workers since we learned the word “coronavirus.” Yes, California’s economy is huge and recovering, but April’s job counts are only 92% of February 2020’s pre-pandemic levels.

But let’s not forget why the state limited business so harshly: to contain the pandemic that killed nearly 64,000 Californians. On a per-capita basis, California’s death toll was below the national average and better than 30 states.

California this year has slowly allowed many businesses to return to some normalcy. The “official” June 15 grand reopening of commerce will serve as a major opportunity to reverse much of the economic pain.

Like any financial pivot, the impact will not be universal.

It may be business as usual for many niches already near their pre-pandemic pace. For several industries, it will be a much-needed lifeline. And for certain businesses, reopening may herald surprising challenges.

Let’s look at California’s potential winners and losers as the throttle is taken off the economy.

California has 676,000 more people “officially” unemployed than it did just before the coronavirus crushed the economy.

Businesses making goods in short supply will be hiring, he says. One example is the limited inventory of computer chips that are as important to our vehicles as an engine.

“If you got a few chips missing, you can’t make that car,” Wilcox says.

If any businesses will rebound in a reopened economy, it’s leisure industries.

The lockdown and a widespread reluctance to travel hammered the state’s tourism businesses in the last 14 months.

Combined, California’s hotels, amusement attractions, recreation facilities and entertainment venues are down 303,000 jobs in the pandemic era. This “fun” industry is at only 62% of pre-virus staffing.

The reopening will motivate travel and trim attendance limits in what will be a big boost to employers.

“Hotels along the coast are achieving some of the best revenues in May that they have ever seen, so fully opening is only going to add another match to that fire,” says tourism expert Alan Reay at Atlas Hospitality.

As for full-service business hotels, he says, “It will take time, but you will now see future bookings start to spike up.”

Any move from the pandemic’s tidal “work from home” shift back to traditional workplaces will bring life back to many empty office spaces.

Yes, there’s plenty of conjecture about how many workers return to old workspaces. And it’s not just coming from the bosses.

“Office landlords are seeing more tours with prospective tenants as well as less sublease space come on the market,” he says.

The virus changed where we dined out. It became a fast-food, takeout world.

Just look at employment in the sector. “Limited-service” jobs at eateries statewide are at 90% of pre-pandemic staffing levels vs. 69% at full-service restaurants and 60% at bars.

First-quarter sales at fast-food chains were down 4% in a year vs. a drop of 10.5% at their peers operating sit-down restaurants, says a study by restaurant financier Trinity Capital.

“As dining rooms began to open in May some of the restaurant sales enjoyed by the (quick-serve) segment began a slow but steady migration to sit-down restaurants,” Trinity Capital writes.

The reopening may get employers thinking “be careful what you wish for.”

Where are the workers who’ll service this renewed rush of customers?

Labor shortages have forced some employers to scramble for staff, using incentives such as pay hikes to lure new hires. Recent unemployment trends may tell us more about why it’s so hard to hire.

Bosses’ employment costs in Southern California rose 4.8% in the year ended in March, the nation’s biggest jump according to a federal index. The region’s combined unemployment rate was 9.2% in April.

UC Berkeley’s Wilcox isn’t buying the argument that expanded unemployment benefits are keeping workers from the job market — especially in hospitality and construction. Rather, he thinks “there are better jobs to be had, with higher pay, making the things.”

Shopping for a house or refi? Get the pandemic’s cheap financing while it lasts.

Historically lows rates fueled a buying binge that pushed California’s median sales price for an existing single-family home to a record $813,980 for April — up 40% from February 2020.

“Our expectation is for the market to remain strong but fall into a healthier, less feverish pace in the coming months,” said Ali Wolf, chief economist at Zonda.

Remote schooling and working from home nudged many households to seek larger living quarters, sometimes in distance communities. Will a return to the office dull this slice of demand?

Plus, the home price surge has created affordability concerns. Monthly house payments are up because rate drops aren’t equal to appreciation. And a nation’s worth of reopenings should generate enough economic momentum to force up mortgage rates — further eroding the notion of affordability.

“If/when rates rise, the extent and swiftness is critically important,” Wolf says. “A gradual increase could favor housing, enticing those on the sidelines to jump in. A rapid and meaningful rise would quickly cool the market.”

Gas prices are at a level not seen in seven years (save two weeks in 2019), but buying a vehicle might be even more painful to your wallet.

An average gallon of regular California gasoline was $4.08 last week, up $1.44 or 55% from the pandemic low, according to federal energy stats.

Drivers will see the reopening further fill freeways and parking lots. Rebounding travel put a key ingredient, crude oil, at its highest price since the fall of 2018. But growing supplies could stabilize pump prices — or even lower them a bit.

”From an inventory perspective, there is plenty of gas in the tank to support what people want to do,” says David Hackett of Stillwater Associates.

If you need wheels, finding new cars will be challenging thanks to those chip shortages. So used cars are a hot commodity.

California’s average used car cost 18.7% more in April than 12 months earlier, according to the iSeeCars buying service. Only 15 states had larger increases.

“Car prices will remain elevated for the rest of the year, meaning shoppers should hold off switching vehicles,” says Karl Brauer, executive analyst at iSeeCars.

Remember early in the pandemic when merchants slashed prices?

Discounts have been on the wane for months, and the reopening should bring more customers to stores. Other business owners will likely boost prices to recoup the higher costs of stocking their stores.

A rebound from last year’s weakened, locked-down economy is part of the story. But some price hikes will stick.

“We already have significant inflationary pressure but reopening the economy will exacerbate it,” says Jim Doti, a Chapman University economics professor.