California DA charges 10 suspects, including murderers, accused of stealing $500,000 in all in coronavirus unemployment claims 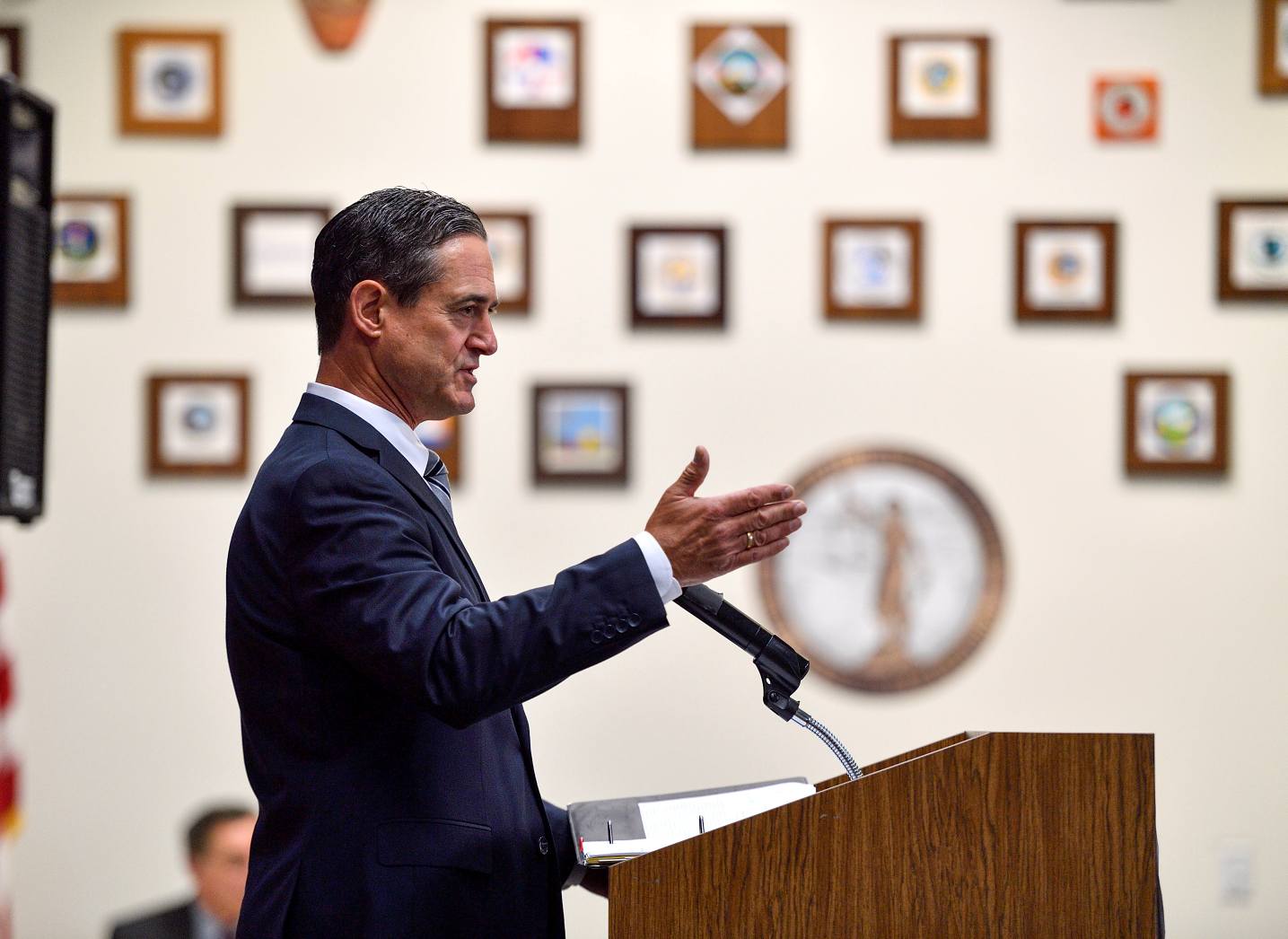 Orange County District Attorney Todd Spitzer on Monday, Jan. 25, announced three criminal cases involving $500,000-plus in fraudulent unemployment claims while urging a “massive response” by state officials to a suspected wave of theft across the state of money meant for those out of work because of the coronavirus pandemic.

The 10 suspects include two men accused of opening a Garden Grove business in order to file false unemployment claims, as well as an Anaheim tax preparer and an Irvine woman accused of helping prisoners, including convicted murderers, improperly receive unemployment benefits.

In all, nearly $10 billion in fake unemployment claims have been made statewide, officials say, since the pandemic broke out and left millions out of work. It is unclear how much of that has been recovered.

“We have people who are devising new and elaborate schemes to exploit this crisis,” said Assemblywoman Cottie Petrie-Norris, D-Laguna Beach, at a news conference at the DA’s Office. “This is massive, organized fraud.”

In these three Orange County cases, at least $490,000 was recovered, officials said.

Prosecutors accused Huy Duc Nguyen, 32, and Mai Dacsom Nguyen, 40, of forming a Garden Grove business, Nguyen Social Services, that filed unemployment claims for people who did not qualify for aid in return for a $200 to $700 kickback fee. Spitzer said the two men advertised their services in Vietnamese, and filed more than 1,000 false unemployment claims.

A search by investigators of the business on Garden Grove Boulevard and a nearby trailer turned up more than $300,000 in cash, the DA added. The two have been charged with perjury, making false statements and conspiracy to defraud another of property.

For the other two cases, Spitzer said, a lack of cross-checking benefit applications with incarceration records allowed fraud to occur.

Prosecutors allege that Sandra Pineda, an Anaheim tax preparer, conspired with four state prisoners to file false unemployment applications. Among those is Leonel Hernandez, a convicted murderer serving time in Kern Valley State Prison who Pineda is accused of falsely claiming in an unemployment application had been forced to stop working a 40-hour-per-week job because of the coronavirus.

Pineda, who Spitzer accused of using debit cards provided by the unemployment office to the prisoners to withdraw up to $50,000, has been charged with perjury, making a false statement and conspiracy to defraud.

Inmates Hernandez, Garcia, Vargas and Jimenez were also charged with filing a false statement and conspiracy to commit theft by false pretenses.

In the third case, prosecutors allege that Irvine resident Rosalva Bahena, 35, helped her brother Bruno Galindo and another prisoner, Guillermo Rodriguez, file false unemployment claims. Galindo is serving time for attempted murder and gang charges, while Rodriguez is in prison for strangling his female neighbor to death in Fullerton.

“There is a human need for this money, a real human need,” Spitzer said. “Instead, this money went to state prisoners, including convicted murderers, who claimed the COVID pandemic impacted their ability to work.”

Bahena, who was on parole for a carjacking conviction, remains in jail. Pineda, Mai Nguyen and Huy Nguyen have been released, which Spitzer attributed to the pandemic as jails have reduced populations to keep the coronavirus from spreading.

“They exploited COVID to make money, then they took advantage of COVID to get out on zero bail,” Spitzer said.

“The problem is, it isn’t their money, it is your money and the federal government’s,” the district attorney said.