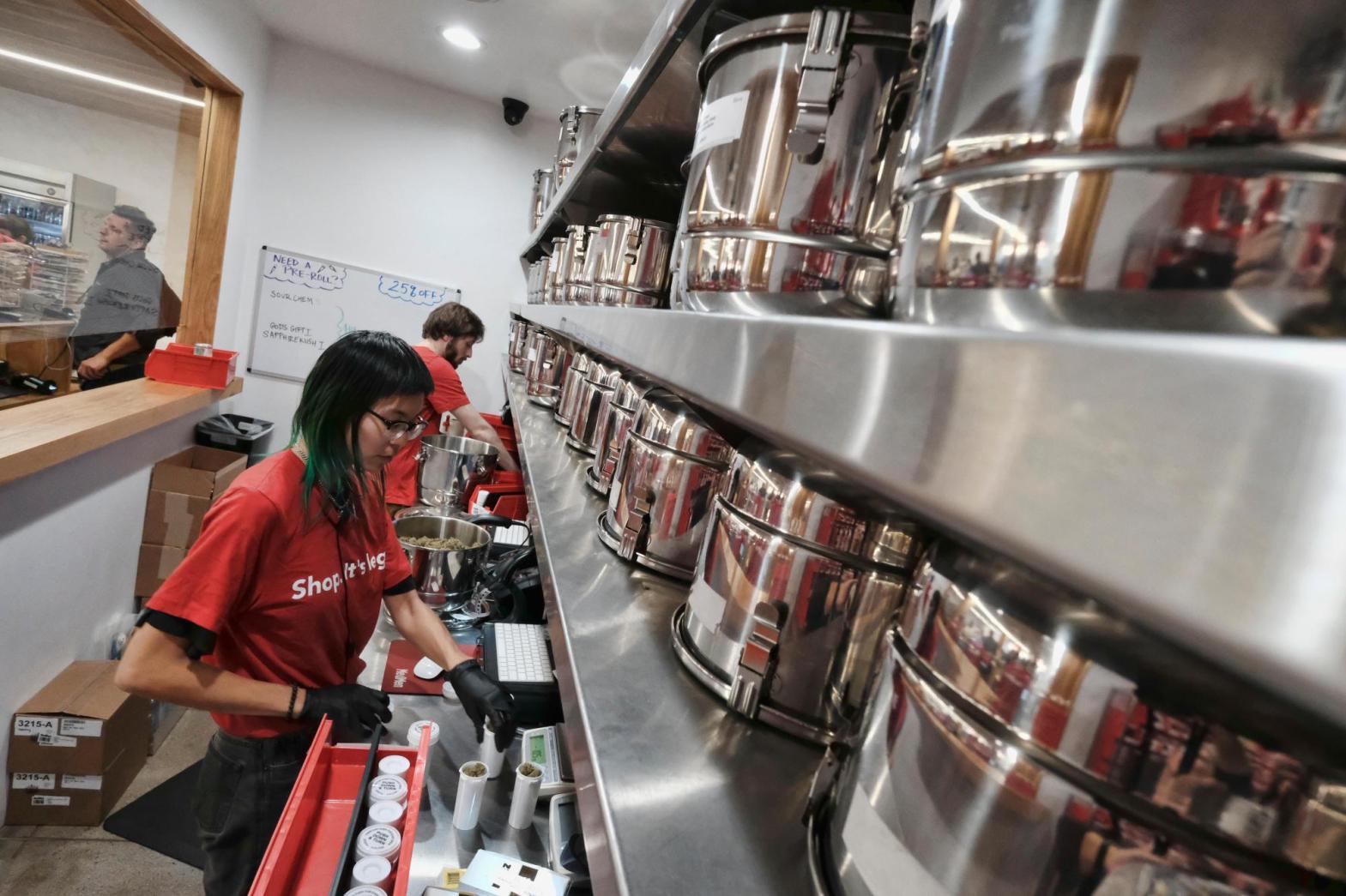 Leading California cannabis companies warned Gov. Gavin Newsom on Friday that the state’s legal industry was on the verge of collapse and needed immediate tax cuts and a rapid expansion of retail outlets to steady the shaky marketplace.

The letter signed by more than two dozen executives, industry officials and legalization advocates followed years of complaints that the heavily taxed and regulated industry was unable to compete with the widespread illegal economy, where consumer prices are far lower and sales are double or triple the legal business.

Four years after broad legal sales began, “our industry is collapsing,” said the letter, which also was sent to legislative leaders in Sacramento.

The industry leaders asked for an immediate lifting of the cultivation tax placed on growers, a three-year holiday from the excise tax and an expansion of retail shops throughout much of the state. It’s estimated that about two-thirds of California cities remain without dispensaries, since it’s up to local governments to authorize sales and production.

The current system “is rigged for all to fail,” they wrote.

“The opportunity to create a robust legal market has been squandered as a result of excessive taxation,” the letter said. “Seventy-five percent of cannabis in California is consumed in the illicit market and is untested and unsafe.”

“We need you to understand that we have been pushed to a breaking point,” they told the governor.

Newsom spokeswoman Erin Mellon said in a statement that the governor supports cannabis tax reform and recognizes the system needs change, while expanding enforcement against illegal sales and production.

“It’s clear that the current tax construct is presenting unintended but serious challenges. Any tax-reform effort in this space will require action from two-thirds of the Legislature and the Governor is open to working with them on a solution,” Mellon said.

In a conference call with reporters, Darren Story of Strong Agronomy said tough market conditions forced him to cut loose more than half his staff. He said taxes that will increase next year make it an easy choice for shoppers. With prices in the underground half of what they see on legal shelves, he said “most consumers are going to take off.”

The companies asked Newsom to include their proposals in his upcoming budget proposal, which will be released early next year.

“The solution to these issues and the possibility of saving this industry lies in your hands,” they wrote.