California, the latest epicenter, is reporting more coronavirus cases than most countries in the world 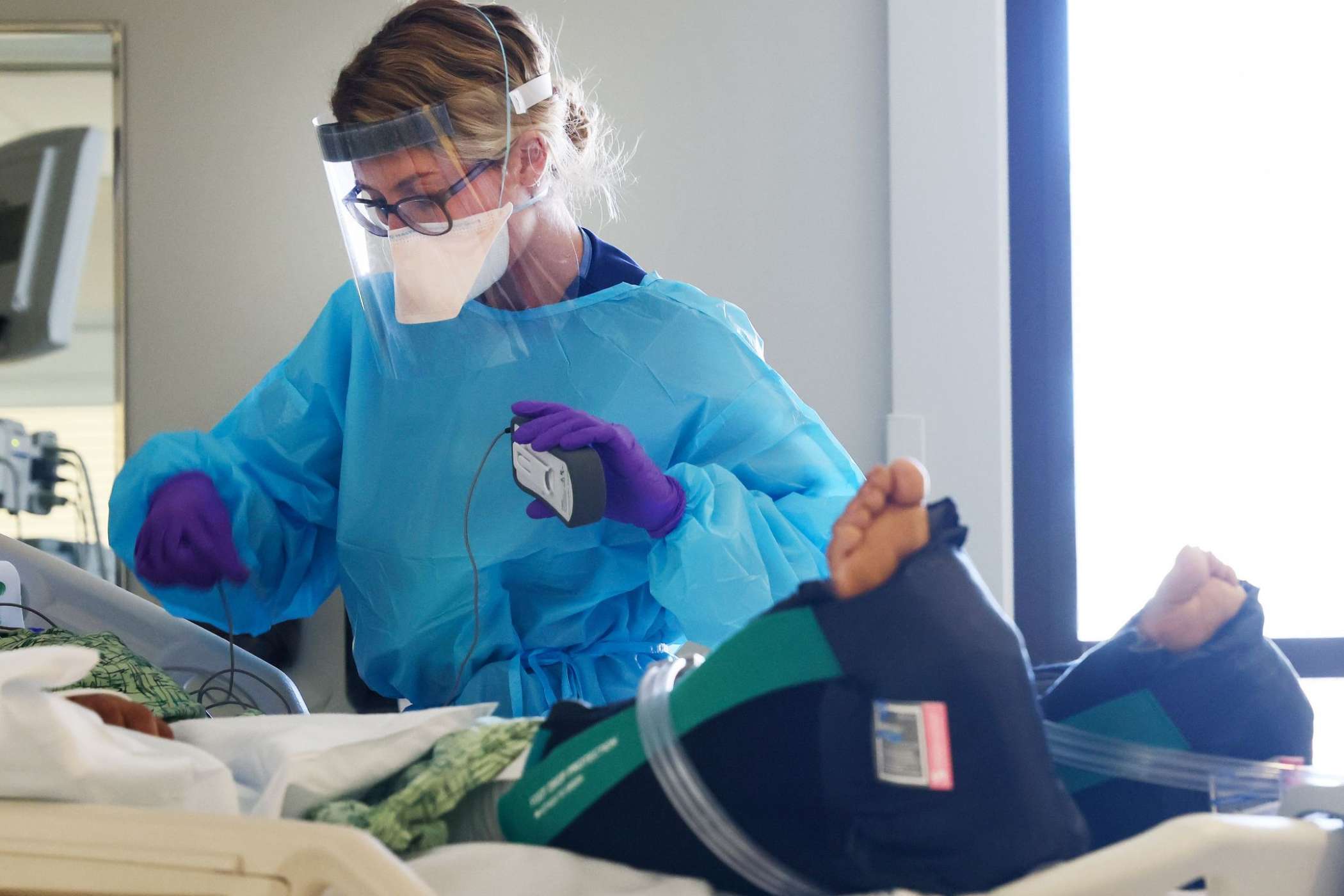 California – the country’s largest and richest state – is the new epicenter of America’s coronavirus crisis, with unprecedented surges of seriously infected patients threatening to overwhelm hospitals and overflow morgues.

The state is reporting unnerving numbers: California has set nationwide records for new cases again and again in the past week – most recently on Wednesday, when it posted more than 41,000 infections. If California were a country, it would be among the world leaders in new covid-19 cases, ahead of India, Germany and Britain.

The number of available beds in intensive care units is plummeting. In the San Joaquin Valley, hospitals ran out over the weekend, resorting to “surge capacity.” And in Southern California, a region that includes Los Angeles and San Diego, ICU capacity dipped to just 0.5% Wednesday.

“I want to be very clear: our hospitals are under siege and our model shows no end in sight,” Christina Ghaly, director of LA County’s Department of Health Services, said at a dire news briefing that day.

Because it takes, on average, more than a week for people to get sick enough to be hospitalized, today’s capacity numbers actually reflect case numbers that are roughly 10 days old, when the state was reporting 10,000 fewer infections.

“The worst,” Ghaly promised, “is still before us.”

The rapid increase in new cases, virus hospitalizations and deaths – which have nearly all doubled – comes at a precarious point in the pandemic. California has already reenacted tough restrictions meant to curb coronavirus spread, yet it has continued unabated.

For once, though, there is some good news: the vaccines have arrived, and California’s first doses were injected into the arms of health-care workers across the state this week.

But at the same time, the state is still reeling from an influx of new infections tied to Thanksgiving holiday gatherings while facing down the prospect of an additional surge after Christmas.

And the vaccine, experts agree, won’t save people from that.

“There’s a light at the end of the tunnel,” Newsom said. “But we’re still in the tunnel. And that means we’re going through perhaps the most intense and urgent moment since the beginning of this pandemic.”

In Los Angeles County, the most populous county in the country, Ghaly outlined what the public should expect during this most urgent moment, with hospitals stretched so thin. It will mean worse medical care across the board – for the patients with covid-19 and without, who may have suffered a heart attack or gotten in a car accident, she said. There is only so much space and so many staff to care for everyone in need.

“All of this means,” Ghaly said, “that we will have an increase in deaths in the days and weeks to come.”

The burden won’t be shared equally.

Barbara Ferrer, the director of the county’s public health department, said the rates of infection, hospitalization and death are all rising faster for Los Angeles’s Latino and Black residents than for White residents. The gap between rich and poor is also growing, as people living in poverty continue to be at a higher risk of infection and death.

“Throughout the pandemic, the life and death consequences of racism and poverty have played out in devastating ways and they continue to do so,” said Ferrer, speaking at the same Wednesday news conference as Ghaly.

After the two officials spoke, Denise Whitfield, an emergency room physician in Los Angeles, took the lectern. She was there to deliver a message that she said hasn’t gotten through to enough people: “This is real and it’s something that needs to be taken seriously.”