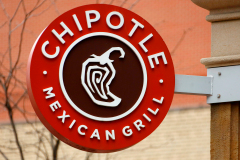 Chipotle Mexican Grill Inc. is raising its average wage to $15 an hour as it moves to hire 20,000 workers across the U.S., joining a growing number of companies reconsidering worker pay amid widespread labor shortages.

The burrito chain plans to reach that compensation level by the end of June and will set hourly starting wages at $11 to $18 an hour, according to a statement Monday. Chipotle said in January that its average hourly rate was about $13, with starting wages at its restaurants over $10.

Labor was a major concern for the industry even before the pandemic, with restaurants struggling to attract workers even at higher pay. Now the health crisis has given a boost to delivery services and fast-food chains at the expense of their sit-down counterparts.

A Labor Department report on Friday showed U.S. job growth last month fell well short of estimates, suggesting that employers are facing challenges attracting workers. Employment edged up in the food-service sector in April as the economy begins to reopen, while hiring fell sharply at temporary-help agencies and transportation and warehousing. Rising demand for workers has put upward pressure on pay, the Labor Department said.

Wages for restaurant workers have risen steadily in recent years, according to data from the Bureau of Labor Statistics, though the trend has eased during the pandemic. More broadly, Democratic gains in the last U.S. election and inequalities exacerbated by the pandemic have put a spotlight on the effort to raise the national minimum wage to $15 an hour, a plan endorsed by President Joe Biden.

Chipotle said it will hold a virtual career fair on messaging app Discord this week as it looks to fill positions at the roughly 200 restaurants it expects to open in the U.S. in 2021. The company will also add referral bonuses for new hires.