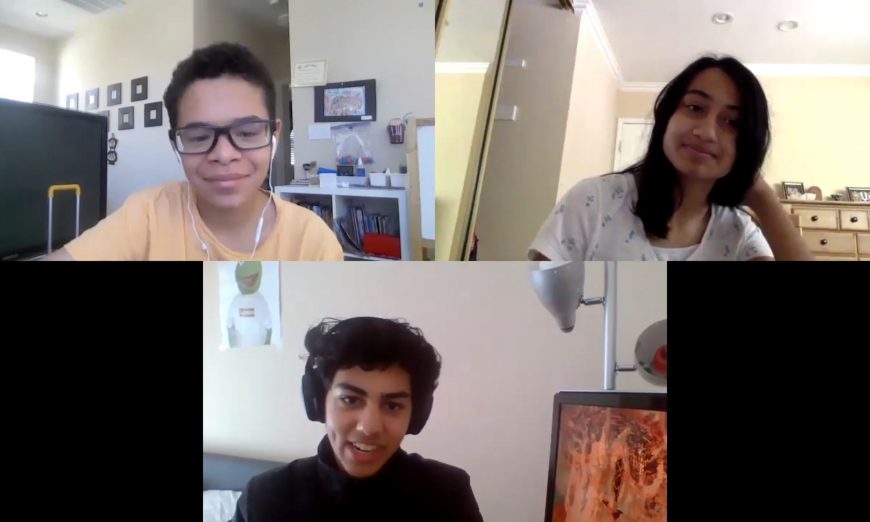 In today’s tumultuous political climate, it’s easy to forget that some of the biggest stakeholders in what happens nationally aren’t even old enough to vote yet, but that doesn’t mean that they’re indifferent.

A group of students at Sunnyvale’s Fremont High School have created DisagreeToAgree, a podcast aimed at discussing some of the big topics that are being tackled nationally and how they affect high schoolers.

“Looking at politics, especially in election year 2020, politics have honestly become really, really polarizing. Politics have become about winners and losers, and a search for victory,” said Samuel Shen, the President and Founder of DisagreeToAgree. “We wanted to bring it back to this pursuit of truth and we wanted discourse, political discourse especially, relating to the youth to really just come back to this idea of trying to find common ground.”SPONSORED

“We were really, really focused on hearing arguments from both sides that are typically lost in high tensions and high emotions,” said Isha Singh, the Head of Communications and Outreach for DisagreeToAgree. “We’re really focused on getting those arguments to come out and getting people to realize that even if they don’t agree with the side, there may be valid points that could be getting lost in an argument.”

DisagreeToAgree doesn’t shy away from the tough topics. Since launching over the summer, the podcast has featured point-counterpoint arguments on issues such as abortion, affirmative action and universal basic income.

“[Abortion], I feel like that is definitely a really polarizing topic, but also a topic that people are really passionate about,” said Roshni Koduri, a script editor on DisagreeToAgree. “We try to keep the topics definitely informative, but we also want to do things that we know that teens will be able to relate to.”

Peers seem to be responding. All of the students involved say they’ve received positive feedback from listeners.

A new perspective is the goal of DisagreeToAgree. The team feels like a civil debate is the best way to get their peers to start thinking about what’s happening in the world today and seeing things from different perspectives.

“I feel like right now, what we see especially in teenagers our age on social media is people have their one opinion and they look for other people who share their opinion and they repost it. It’s very polarized,” said Singh. “So, right now our goal is to create a platform and spread awareness that these should be actual conversations and get people to sort of shift their mindset into the point where they’re willing to consider it. To consider the other side and have these as genuine conversations so we can find the true middle ground or best option.”

They do it in a way that presents the arguments and not the emotions involved.

“We all have different political biases but we definitely don’t let our personal biases ever seep into our podcasts,” said Shen.