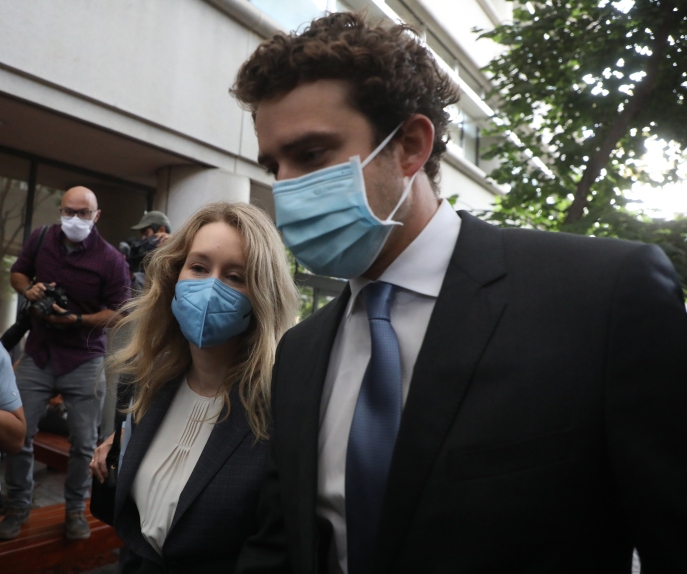 After recent damning testimony and evidence in her criminal fraud trial, Theranos founder Elizabeth Holmes scored a small victory this week, with the judge blocking a former patient who used the company’s blood-testing technology from testifying for the prosecution about an allegedly inaccurate test result.

But while the judge’s ruling Wednesday provided a rare bright glimmer for Holmes during the prosecution’s portion of the trial, the picture turned darker Thursday with witness testimony about allegedly false statements Holmes made concerning the U.S. military’s use of her company’s technology.

On Wednesday, Judge Edward Davila, ruling on a request by Holmes’ defense team, found that the prosecution had failed to include in a pre-trial filing the specific type of test the patient received in a list of tests it said would be at issue regarding accuracy.

The patient’s test was for blood platelets, which is not on the prosecution’s list of 25 Theranos tests it claims produced inaccurate results. The list includes tests for calcium, cholesterol, gonorrhea, testosterone and vitamin B-12.

Davila has ruled that the prosecution can introduce evidence about tests not included on its list, but only “for purposes unrelated to the accuracy and reliability of those tests.” Such evidence could address the numbers of tests issued, for example, Davila has said.

It is unclear how many former Theranos blood-testing patients the prosecution plans to call to the stand, but its list of possible witnesses includes 18 identified by their initials, including the patient whose blood-platelet test was in dispute.

Holmes, who founded the Palo Alto blood-testing startup in 2003 at age 19, is charged with allegedly bilking investors out of hundreds of millions of dollars and defrauding patients with false claims that the company’s machines could conduct a full range of tests using just a few drops of blood. She and her co-accused, former company president Sunny Balwani, have denied the allegations. She is on trial in U.S. District Court in San Jose, on a dozen felony fraud counts. Balwani is set to be tried next year.

Holmes has suffered blows in her trial in recent weeks, with evidence and testimony showing she distributed to investors Theranos reports lauding its own technology and bearing apparently pilfered pharmaceutical company logos that falsely suggested those firms validated her company’s testing.

On Thursday, a venture capitalist whose firm invested $7 million in Theranos testified that Holmes told him her startup’s blood analyzers were being used to treat soldiers in the field. Earlier testimony put that claim in dispute.

Christopher Lucas, founder of Black Diamond Ventures, a company with offices in Los Gatos and Los Angeles, told the jury he would have been surprised to know that Theranos machines had never been used to treat wounded soldiers, and that none of Theranos’ devices had been sent to the Middle East.

Jurors heard previously that Theranos worked with the U.S. Special Operations Command, including with a U.S. Army doctor assigned to Afghanistan operations. However, a former Theranos employee, Daniel Edlin, testified earlier in the week that he was not aware of the company’s technology being used clinically on soldiers in war zones or military aircraft. Prosecutors allege Holmes falsely claimed to investors that Theranos’ technology was being used on U.S. military helicopters and “saving the lives of soldiers in the field.”

Last month, a representative from a Texas investment firm testified that Holmes’ statements to investors in a 2013 conference call convinced him that Theranos was doing work in Afghanistan. Also last month, the investment manager for the family of former U.S. Education Secretary Betsy DeVos testified that Holmes, while wooing the DeVos family into a $100 million investment in Theranos, claimed her technology was in use “on military helicopters.”

In September, Holmes lawyer Kevin Downey, while cross-examining former U.S. Secretary of Defense and former Theranos board member James Mattis, asserted that “Theranos devices were sent to Africa and traveled with the chief surgeon” of the U.S. Africa Command.

Lucas also testified that Theranos did not provide his company with the financial statements and other information that VC firms typically require before investing, but he “had a great relationship with Elizabeth” and felt she was giving him the information he needed for his investment decisions. “She was very passionate about the project, very sincere in what she was trying to do, worked all the time,” Lucas testified.

He accepted her assertion that Theranos’ was withholding information so competitors could not get it and “crush the company before the company got to fruition,” he testified.

By 2013, when Black Diamond made its final investment of $5.4 million, Lucas believed, based on what Holmes told him, that Theranos was running dozens of tests. “Were you told in 2013 that the Theranos analyzer could run no more than a dozen tests?” prosecutor John Bostic asked. “No,” Lucas replied.

In keeping with a key defense strategy of attacking investors’ diligence in pre-investment research, Downey suggested that Lucas — who testified that he met Holmes when she was 21 — failed to exercise appropriate diligence with Holmes’ company, despite being advised in Theranos materials that investing was speculative and risky.