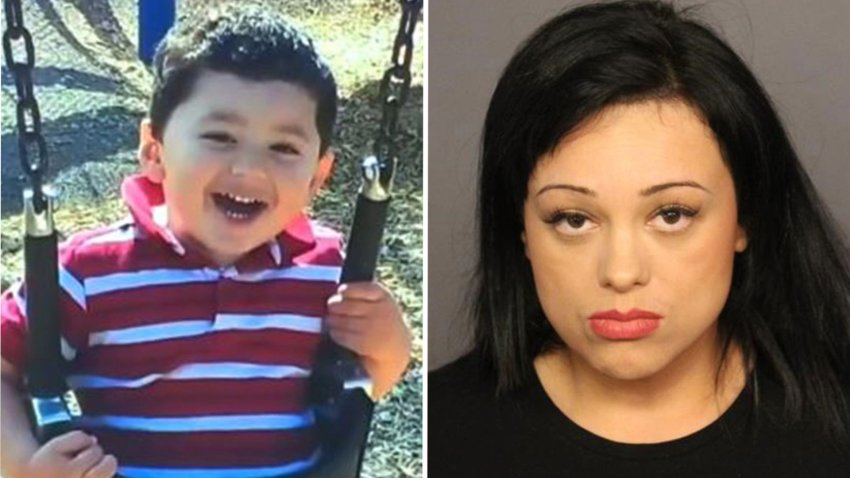 Family and friends of Liam Husted gathered in San Jose Thursday for a vigil in honor of the 7-year-old who was found dead on a hiking trail outside Las Vegas, Nevada, nearly two weeks ago.

His father, Nicholas Husted, said Colina Park was his son’s favorite park. So, it was fitting they had a memorial for him there.

The mostly-silent memorial had Liam’s name spelled out in big letters, a bubble machine and plenty of photos.

His father and godfather described the child as high energy and precocious.

“This was his second home,” said his godfather Michael Velazco. “Every time, every day here, this is the park where he would want to go. That hill right there, he beat me up there.”

After a few words for friends and those gathered, Nicholas hiked up that hill as a way to honor and remember his son.

This is a case that spans three states. Investigators say Liam’s mother left San Jose with him May 24.

Hiker’s found his body on a trail just outside Las Vegas on May 28.

Nicholas said the last time he saw his son was Sunday, May 23, as he headed to work.

“Normally I would sleep with him, and Sunday I didn’t,” he said. “Normally I’m in bed holding his hand, and I didn’t. These are the types of things I’ll never get back.”

Las Vegas police detectives have not described the condition of Liam’s body or how he died when he was found near the start of Mountain Spring’s Trail.

Detectives say Moreno left a note for Nicholas describing why she left, but there was no hint of any potential harm to Liam.

“‘I’m sorry that I had to do it like this,’” said Raymond Spencer, Las Vegas police homicide detective, reading the message left by Moreno. “She also goes on to say that, ‘I’m going to try to get a house for Liam and I.’”

Family members have described Liam as having special needs, but they would not talk about any recent difficulties – or his mother.

During the event, Nicholas spoke about his son as if he is still here, as he described in the vigil.

“The first thing I told him when I talked to him this morning is, ‘Look how much, look how many people love you,’” he said.