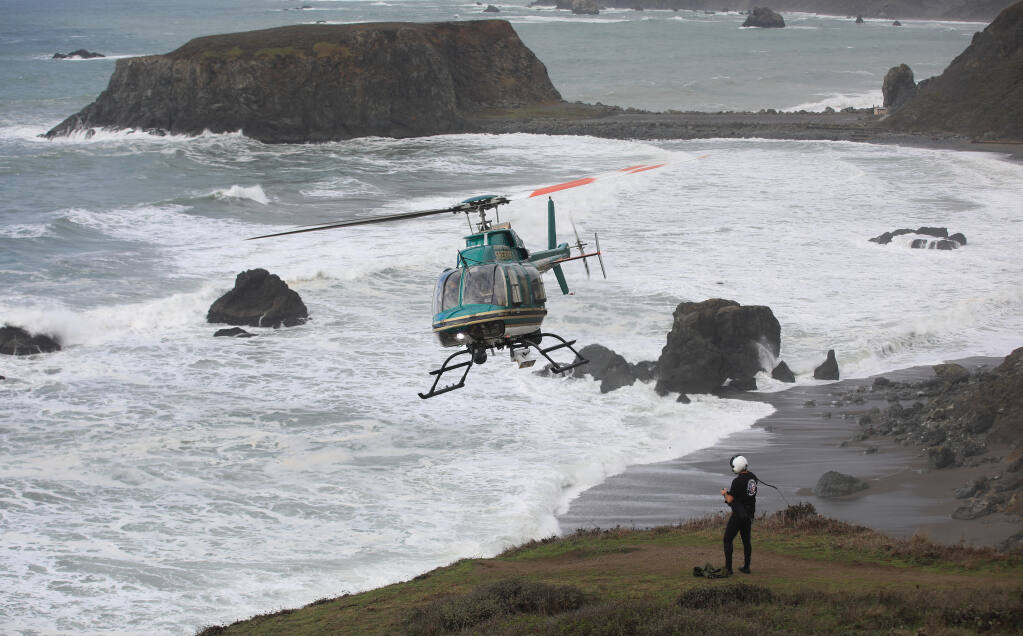 A man died and two children were missing at Blind Beach in Jenner Sunday, and officials searching for the pair of kids said they are presumed to be dead.

“What we learned was that two children were playing close to the water on Blind Beach, and they were swept out to sea,” said Raasch. “The father, who was nearby, jumped into the water to try and save the kids.”

The father drowned attempting to save his two children, a 7-year-old girl and 4-year-old boy, who remained missing. The man was identified Monday as 40-year-old Petaluma resident Michael Wyman, according to the sheriff’s office.

His wife and a friend were both present.