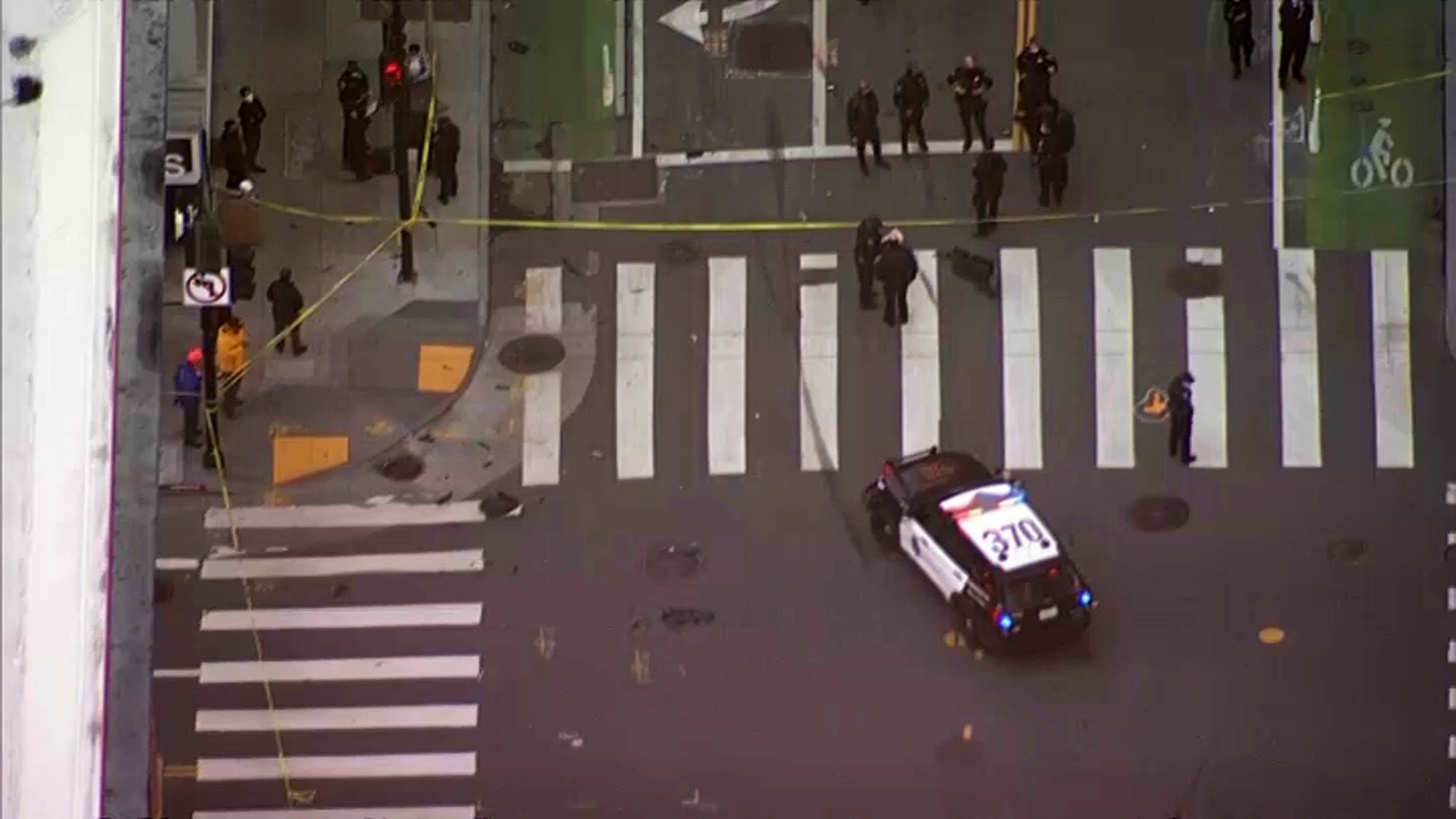 Troy McAlister is now charged with felony vehicular manslaughter in the deaths of Elizabeth Platt, 60, and Hanako Abe, 27, who were both struck when McAlister ran a red light in a stolen vehicle on the afternoon of Dec. 31, according to prosecutors.

Until April of last year, McAlister was being held in jail awaiting trial on a 2015 robbery charge. Prosecutors were pursuing the case under the state’s Three Strikes law. If McAlister had been convicted, he could have faced a life sentence. McAlister was eligible for life based on his previous convictions for robbery and carjacking.

But Boudin issued a policy in February not to pursue Three Strikes cases, prompting a deal that granted McAlister credit for the five years he’d served in custody. He was freed from jail last April.

After he was released, McAlister was arrested several times but no criminal charges were filed and no parole violation proceedings were brought, court and police records show.

“He was let go time and time again — and now we are in this very tragic situation,’’ said Sacramento County District Attorney Anne Marie Schubert, an outspoken Boudin critic.

Court documents show that Boudin had appeared on behalf of McAlister in 2018 while he was a deputy public defender, triggering concerns about a possible conflict of interest now that he’s District Attorney.

While Schubert would not respond to the specifics, she said such conflicts are inevitable given the circumstances.

“When we put a public defender, a criminal defense lawyer in office to be the chief law enforcement officer of the county,” Schubert said, “you can expect….that the interest will lie with those charged with crimes, those convicted of crimes, rather than with potential victims.”

Boudin had previously blamed parole officials for not following through on McAlister’s arrests. But state parole authorities said Monday they did proper follow up on the cases and made referrals to service agencies given that no criminal charges were lodged.

On December 29, McAlister allegedly met up with a woman on a dating app and they went to Nation’s restaurant in Daly City. He allegedly drove off in her car when she went inside to get their food.

Daly City Police said in a statement that they alerted parole officials and went to his reported address but couldn’t find McAlister in the days before officers say he drove that stolen car through a red light and killed the two pedestrians at 2nd and Mission streets.

The head of the San Francisco police union, Tony Montoya, is calling for an independent review into Boudin’s role as both a prosecutor and defender in the 2015 robbery case.

“I cannot think of a bigger conflict of interest.”

Boudin has not responded to questions about the conflict issue. But in a statement, Boudin said Monday that his office is reviewing what occurred for lessons learned to improve the parole referral process.

“It is clear that law enforcement agencies must do a better job communicating with one another,” he said, adding that his office and local law enforcement “all could have done things differently, which might have avoided this terrible outcome.”